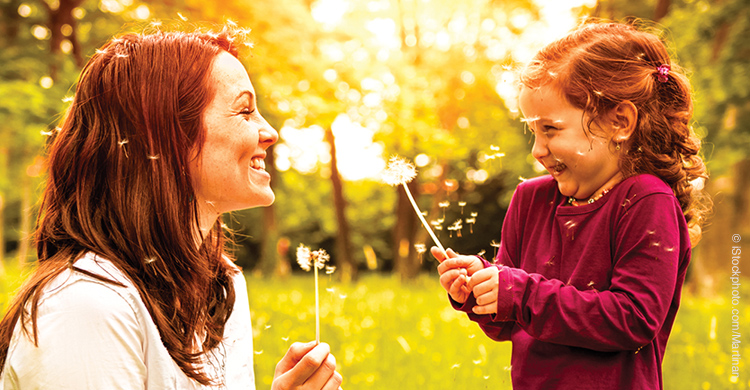 In his first letter to the Corinthians, Saint Paul writes: “. . . it was not Adam who was led astray but the woman who was led astray and fell into sin. Nevertheless, she will be saved by childbearing provided she lives a modest life and is constant in faith and love and holiness” (1 Timothy 2:14–15).

Is there any parallel between this passage and today’s headlines concerning Planned Parenthood? Is it not largely the woman who is led astray about the evils of abortion? Is it not the woman who ultimately must give consent to the mutilation of her preborn child’s body and degradation of her own? Yet, through years of mass media programming and desensitization, many women are seduced by the world’s gravely mistaken view that abortion is nothing more than a medical procedure.

In the name of freedom of choice, we allow for the mass murder of the innocent. How depraved have we become that a topic such as abortion is even up for debate?

Scripture clearly warns us that unbelievers will be blinded by the god of this age (see 2 Corinthians 4:4). Paul feared that Christians might also be deceived into thinking what is evil is acceptable out of a sincere commitment to Christ (see 2 Corinthians 11:3). Do we not sympathize with women who have become pregnant through incest or rape? Do we not also feel compassion for a mother who fears her child might be born with a severe disability or for the mother who must raise her child alone in abject poverty? In each of these circumstances, abortion has been presented to the public as an acceptable and necessary evil; shockingly, even a lesser evil than a disability or poverty.

In the case of rape or incest, even many who would otherwise be pro-lifers view abortion as a logical and ethical course of action. But how can it ever be logical or ethical to kill a preborn child, regardless of the circumstances? How is a preborn child ever to blame for the evil actions of another? Have our senseless minds become darkened? Has sympathy caused us to become vain in our reasoning (see Romans 1:21b)?

Thankfully, Paul also tells us that, through childbearing, women will be saved if they persevere in faith, love, and holiness. How appropriate for today is this passage of Scripture? Abortion destroys childbearing, and thus motherhood. Is not Scripture telling us that, by faith, love, and holiness, we can persevere, despite any obstacles faced in pregnancy? If a woman chooses to keep her baby and refuses to abort, is she not, in that one active decision, exhibiting faith, love, and holiness at its finest? By this decision, she also exhibits the virtue of self-control, which enables a woman to embrace the role God has appointed to her as mother, nurturer, and protector.

It is by God’s grace that women are given such a prominent position in His created world, and yet we allow organizations such as Planned Parenthood to profit from our struggles under the guise of lending a helping hand. Abortion is never an authentic solution, regardless of circumstances, including rape or incest. Believers must walk in faith. We must ask ourselves, “What does Christ ask of me?”

Whether we decide to keep a child or place him or her up for adoption, by refusing to abort, we “choose” a good way. This is true freedom of choice. This is the message we need to send to women everywhere.

God honors women. It is the woman who carries a human being’s life inside her for nine months before giving birth. It is Mary who was chosen to bring forth from her womb the Savior of the world. Mary walked in faith, saying, “Behold, I am the handmaid of the Lord, may it be done to me according to your word” (Luke 1:38).

Planned Parenthood does not offer these frightened women the option of life, or counsel them on the possible long-term effects of having an abortion. Abortion is one of this organization’s main sources of cash-flow, without which it could barely operate. Planned Parenthood runs on the blood of the preborn.

The way of truth

There are false prophets and teachers among us. There are those who would deceive us. In their greed, they seek to exploit us with fabrications and lies. The way of truth will be reviled and many will follow crooked paths (see 1 Peter 2:2-3).

Our eyes are being opened to the truth. By the grace of God, what is done in the darkness has been brought to the light (see Luke 8:17).

As more light is shed upon Planned Parenthood and on the unfathomable deeds it has committed, I am hopeful that abortion will finally be seen for what it truly is: murder.

Our prayers never cease for the preborn. We trust in God’s infinite mercy. We also must never fail to pray for the women and young girls who, out of fear and desperation, see no other way. They are being deceived through social media, TV programming, and TV personalities who spew deadly political correctness.

Many are systematically being desensitized and manipulated daily. The so called “War on Women” does not come from those who oppose abortion, but from its proponents who see nothing wrong with destroying a mother’s preborn child.

Abortion destroys a woman’s mental, physical, emotional, and spiritual self. This is the message that needs to be brought to the forefront.

The preborn are crying out to God. He is listening. Are we?

Tanya Janoski is a freelance writer from Lititz, Pennsylvania. She is currently enrolled in the Formation Ministry of Spiritual Direction through the Diocese of Harrisburg and also volunteers as a third-grade catechist at St. James Catholic Church. Tanya continues to educate herself in the Catholic faith so that she may communicate to others the truth and beauty of the faith through her writing. Read her other works on her public blog entitled Tanya Lynn Devotionals at facebook.com/tanyalynndevotionals.