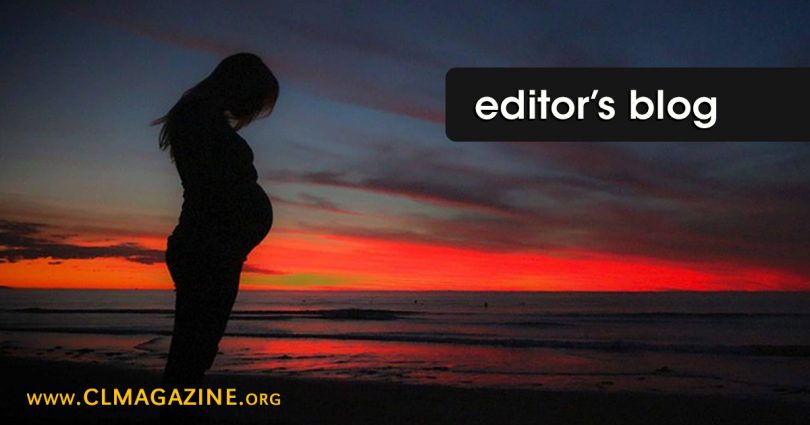 The Iowa General Assembly, the state’s legislative branch, is currently considering a bill that would ban some abortions at 20 weeks of pregnancy. An amended version of the bill has passed the House and returned to the Senate.

Apparently, while the bill was being discussed—prior to the amended version going back to the Iowa Senate—there was some concern that the legislation would require women to carry to term fetuses that expire in utero (see here).

This concern inspired Danielle Campoamor to write a piece for Romper.com entitled “I Carried My Dead Baby To Term & This Is What Anti-Choice Lawmakers Will Never Understand” (see here).

Campoamor underwent a terribly painful ordeal—one I am admittedly incapable of understanding from an experiential point of view. She writes:

I was 19 weeks pregnant with twins when I found out that one of my twins’ hearts was no longer functioning…. It was very, very real, and set in motion a pregnancy that was difficult in every sense of the word. I would continue to carry the deceased twin — so long as that twin didn’t trigger a miscarriage that would kill the twin who was still alive — until it was time to birth them both (see here).

She does not specify why she carried both twins to term. Perhaps the twins were monochorionic monamniotic (identical twins who share a placenta and amniotic sac: see here) and thus removal of the deceased twin would have threatened the life of the other. It is not clear from her description whether she received medical guidance regarding the carrying of both twins to term or whether it was her personal choice. What is clear, however, is that it had absolutely nothing to do with the current legislation being considered in Iowa; it’s not even a law now!

However, in a country that continually attempts to strip women of their reproductive rights and bodily autonomy, it seems as though the only way to make lawmakers understand is to revisit the past without apology. Forcing a woman to carry around a fetus that poses a threat to her mental health, her well-being, and her ability to carry on is cruel; the kind of torture I could have before never imagined (see here).

Her commentary is riddled with fallacious reasoning, involving everything from the fallacy of equivocation to argument by emotive language.

Here are two blatant errors in her argument:

I am truly sorry that Danielle Campoamor had such an awful and painful experience carrying twins. Reading about her situation stirred my emotions and roused my sympathy, but those feelings are no basis for accepting a seriously flawed argument.

Danielle Campoamor’s attempt to translate her painful experience into a rightly reasoned, sound pro-abortion argument does not work. In all honesty, her attempt was doomed from the start, since there are no sound arguments for abortion. Abortion willed as either a means or an end is gravely contrary to the moral law (CCC 2271).