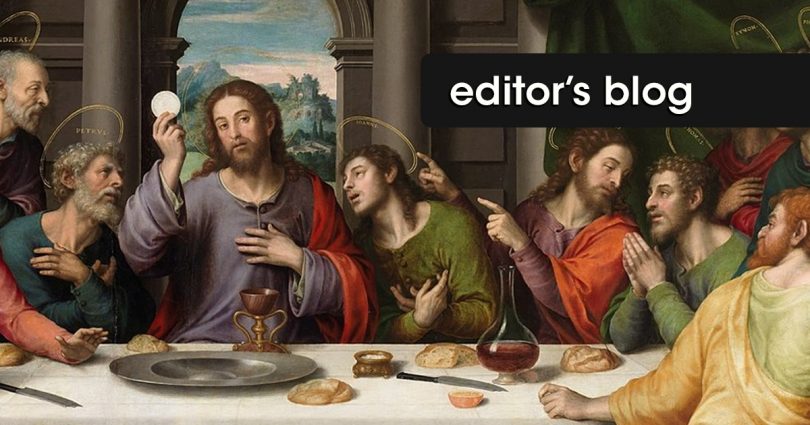 One by one they were martyred. And not pleasant or quick deaths. Painful deaths. For Christ.

Church tradition tells us that, except for John (and Judas who took his own life), all the Apostles died a martyr’s death:

People do not become martyrs if they do not truly believe that what they are dying for is the absolute truth.

Put yourself in the Apostles’ time and place. They knew Jesus. They walked and taught with Him for three years. They witnessed firsthand His miracles. They believed that He truly is the Messiah.

This wasn’t just some temporary pastime for them—something they did until they found better or more interesting prospects. And it wasn’t something they halfheartedly believed. The proof is in what they did after Christ died. They didn’t go back to their normal lives. They didn’t forget all that Christ taught them. They kept teaching His truths! Everywhere! And then they died for Him!

If this is not the best witness to the fact that Christ is truly God, then I don’t know what is.

This weekend, we hear the Gospel reading where Jesus instituted the Eucharist. Alone at dinner with the 12 Apostles, Jesus took the bread, broke it, and said, “Take it; this is my body.”

As Catholics, we know that, during the Transubstantiation at Mass, the bread and wine actually become the body and blood of Christ. They are not just symbols of Christ. They ARE Christ. This miracle really does occur right before our eyes.

This is the most amazing gift we can ever imagine. The Apostles knew this too!

Christ gives His body and His blood to renew and nourish us, but we must be worthy of this gift. How do we make ourselves worthy? We must be free of all mortal sin. This isn’t a suggestion. This is part of our Catechism, which teaches: “Anyone aware of having sinned mortally must not receive Communion without having received absolution in the sacrament of penance.” This is further stated in Canon 916, which reads: “A person who is conscious of grave sin is not to celebrate Mass or receive the body of the Lord without previous sacramental confession unless there is a grave reason and there is no opportunity to confess.”

Anyone who has committed a mortal sin and who has not sought forgiveness in the confessional should not present himself for Communion until he has been to confession.

Of course, not many people know of the sins we commit unless we do so publicly or unless we’re a public figure, such as a politician or someone in a leadership position. To protect the sanctity of the Eucharist, Canon 915, from the Code of Canon Law, says that “those . . . who obstinately persist in manifest grave sin, are not to be admitted to Holy Communion.”

According to Canon law, a priest, deacon, bishop, cardinal, or any Eucharistic minister must deny someone the precious gift of Christ’s body and blood if that person publicly advocates for anything contrary to Catholic teaching. This includes abortion. And this includes politicians who advocate for abortion.

Abortion is a grave sin because it kills a tiny baby each and every time.

Just as the Apostles taught about Christ and protected Him and His truths, so must we. That is why American Life League’s Marian Blue Wave endeavor is so integral today. The MBW has a threefold objective: “For an end to all abortion, for the closure of all Planned Parenthood and abortion facilities in the US, and for protection of our Lord in the Eucharist.”

The MBW asks that we all say one Rosary a week for these intentions. It’s that simple.

The Rosary is a powerful spiritual weapon. When asking for Mary’s intercession, we are asking her to take our prayers to the foot of her Son, to beseech His help. Just as Christ could not deny Mary’s request to turn water into wine at the wedding at Cana, He cannot deny her when she implores Him to help the tiny babies killed by abortion.

The Apostles died because they would not deny Christ. They died because they believed. Now, 2,000 years later, we must use their examples to live faith-filled lives and to protect both Christ and His children.

This is much easier than dying a martyr’s death, but it’s no less necessary.