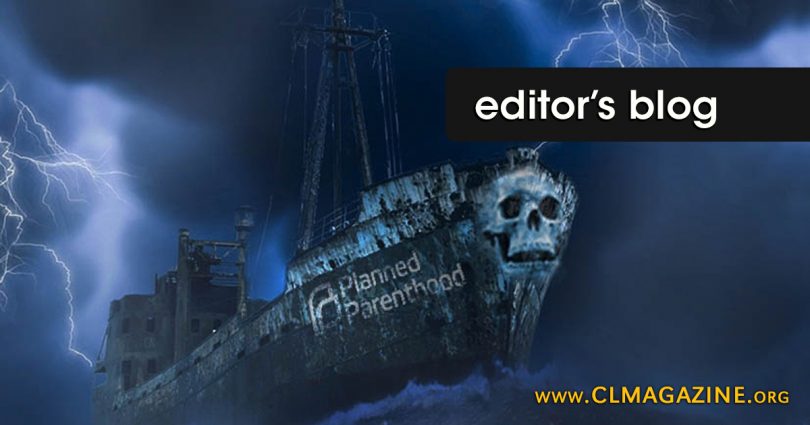 Trump’s election has caused the pro-abortion community to go into panic mode. The news has been filled with headlines such as “In California, Planned Parenthood Girds For Potentially Grim Future Under Trump” (see here)  and “Roe v. Wade may be doomed. Dark days are ahead for reproductive rights” (see here). Many celebrities and the like have been feeling so desperate in the wake of Trump’s election that they have been donating to Planned Parenthood (check out our podcast on this).

In the meantime, Congress has not finished with Planned Parenthood and fetal tissue procurement companies in cahoots with the nation’s largest abortion chain [The House Select Investigative Panel on Infant Lives has recommended a criminal investigation into Planned Parenthood of the Gulf Coast along with nine criminal and regulatory referrals for various abortion providers and tissue procurement companies (see here)]; and Planned Parenthood facilities continue to close. The abortion chain will be closing 3 more facilities in Pennsylvania, namely, in Chambersburg, Gettysburg, and Scranton (see here) despite its CEO’s insistence that the doors will stay opened:

The pro-abortion community’s reaction to all of this has been to become increasingly more immature and often find new ways to be disgusting. There are many donating to Planned Parenthood in Mike Pence’s name so that our Vice President-elect receives a thank you from Planned Parenthood (see here); a Mike Pence look-alike walking around without pants to collect donations for the abortion chain (see here); and pro-aborts preparing to send bloody tampons to the Governor of Texas in protest of the requirement to cremate or bury the remains of aborted children (see here).

Planned Parenthood is scared. Its devotees are scared. The pro-abortion community is scared. The reactions ranging from shifting strategies to being disgusting are ones of frustration and desperation.

The tides are turning…and the pro-abortion world knows it.