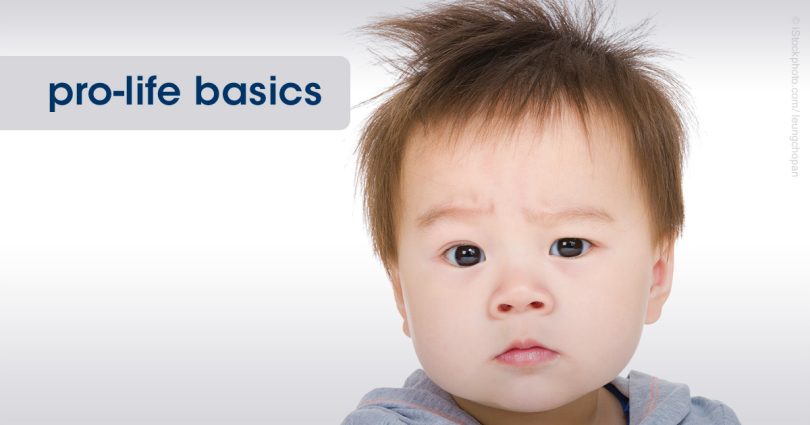 This past August, news reports told us that the Kansas Value Them Both Amendment failed. In part, the proposal stated: “Because Kansans value both women and children, the constitution of the state of Kansas does not require government funding of abortion and does not create or secure a right to abortion. To the extent permitted by the constitution of the United States, the people, through their elected state representatives and state senators, may pass laws regarding abortion, including, but not limited to, laws that account for circumstances of pregnancy resulting from rape or incest, or circumstances of necessity to save the life of the mother.”

But what kind of a failure was this? For us, it was a teaching moment as we pointed out once again that some so-called pro-life measures are not pro-life.

The Value Them Both Amendment to the Kansas state constitution would have provided in state law the ability to regulate abortion, not end it and not recognize the preborn child as a person. What does this mean?

In essence, it means that because there is no right to abortion in the Kansas constitution the people could pass laws that curtail abortion in some cases. It was what we might call a Rube Goldberg approach, meaning a complicated, unprincipled way of doing something that might have simply been resolved by recognizing the preborn child as a person, thus ending all abortion in every circumstance once and for all.

But it seems that political strategies that might result in total victory are not something many pro-life strategists will fight for or even pretend to support. Rather than belabor this point, it is time to make a very basic statement about why we fight.

Every innocent preborn child, from the time he begins his journey as an embryo—the size of a speck of dust—is a human being who is like every one of us, though much smaller in size. His humanity is a matter of biology, not opinion. His identity is a matter of logic, not political posturing. His rights—including his right to life—are endowed to him by God, not by the state or a political party.

But fighting to get those simple truths into our laws appears to be very challenging for far too many folks who call themselves pro-life. So I think it is time for each one of us to take a gut check.

How often are you willing to fight without compromise, get up after a loss, and fight again without giving up a single human life?

No more partisan half measures. No more flaws. If you are reading this, you get it. You know that we owe it to every preborn person to fight on without apology. Wake up, Kansas! Wake up, America!