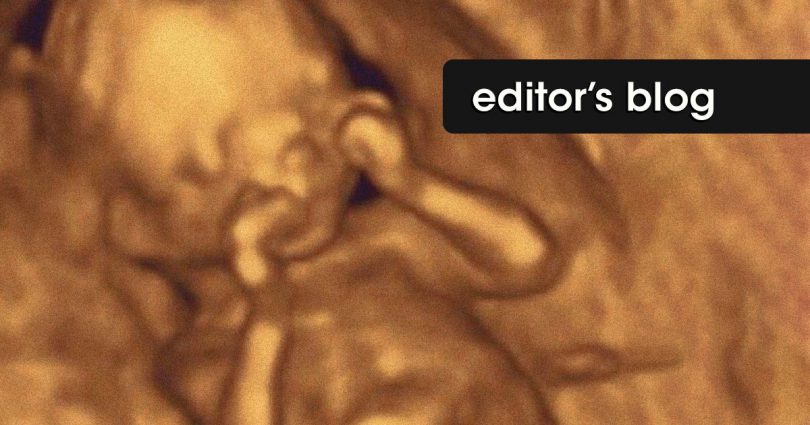 The story goes on to tell of an Irish couple whose doctor told them that their son tested positive for Trisomy 18—an often fatal diagnosis where the baby may not even live to term. If he does, he will likely have severe disabilities and a very short lifespan.

According to the Guardian, the couple was told that “the pregnancy was not viable and that there was no point in waiting for the results of a more comprehensive chromosomal analysis.”

However, the test was wrong.

According to the article, the couple “said they suffered tremendously after learning that their son . . . was healthy, and his abortion death was ‘tragic and unnecessary.’”

The couple sued and recently won. They will be awarded damages. But how do you assign a price to a dead child?

Upon winning the lawsuit, Christopher’s parents stated: “Christopher was a normal, healthy baby boy. . . . It has taken two years, three months and nine days to get to this point. Christopher’s voice has finally been heard and vindicated.”

And that is what our utilitarian society today does not understand.

Many people—including influential politicians, corporations, businessmen, and even actors—want the world to believe that human beings are expendable.

And they stop at nothing to indoctrinate our kids into this way of thinking.

The culture of death has wealthy proponents who scream loudly, who dominate airwaves, and who invade social media—all in an attempt to reach the malleable minds of children who are just beginning to form a conscience. They use phrases such as “my body, my choice,” “bigot,” “hate mongering,” “right-wing nut,” and more to make any person—young or old—who wants to adhere to morals feel like an outcast for doing so.

But it is not the secular world we need to answer to. The One we must answer to is Christ, who taught: “Look at the birds in the sky; they do not sow or reap, they gather nothing into barns, yet your heavenly Father feeds them. Are not you more important than they?”

Sadly, the world has forgotten this and has cast Him aside, essentially telling Him “We don’t need you.”

But we do need Him.

Christopher’s parents said they felt some relief because Christopher’s voice was finally heard when they won the lawsuit. But, in reality, his tiny voice was snuffed out before he had a chance to use it.

And that is the case with nearly a million babies every year in the US alone!

Abortion destroys many more lives than the life of the baby it takes. Yet this scourge on society has women literally screaming in the streets in favor of it. They are making their voices heard, and so must we.

That is why we must be the light of Christ. We must educate. We must use every chance we get to teach that every person—regardless of ability, location, age, race, or otherwise—is valuable and wanted.

Christ commands this of us. How are we responding?