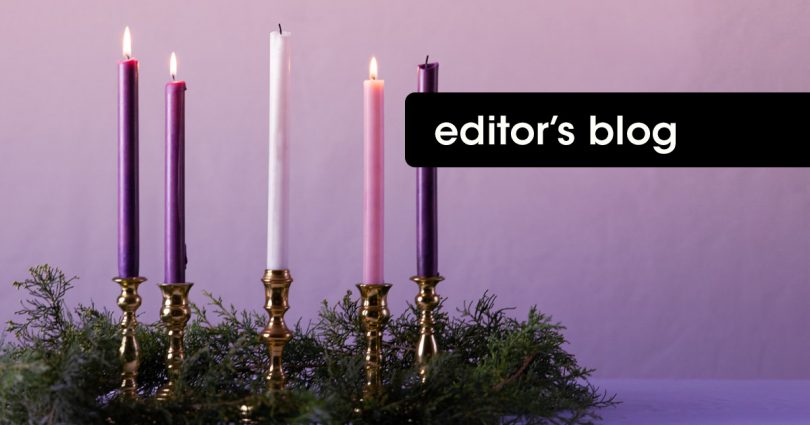 This weekend, we celebrate Gaudete Sunday. Gaudete is Latin for “rejoice.” As we draw nearer to the birth of the Christ Child, we cannot help but feel the excitement and anticipation that comes along with God becoming man. This is truly a reason to rejoice.

But, as we look around the world, we often find that the events, the actions, and the teachings of secular society cause us to weep, especially with those hurt, maimed, and killed by laws that fail to protect the sanctity of all human beings.

Two news headlines in particular caught my attention recently, and they both involve the same man. One headline reads “Abortion Advocates Release Plan to Make California a ‘Sanctuary’ for the Procedure” and the other reads “California Rolls Back Assisted-Suicide Safeguards.”

It seems that California’s governor, Gavin Newsom, will stop at nothing to ensure the untimely death of babies, the elderly, and the sick.

In regard to the possibility that abortion laws will revert to the states, Newsom has created the California Future of Abortion Council. According to National Catholic Register, that council recently released a 45-point plan to make California a “sanctuary” for women from other states seeking abortion.

The governor told the AP that some of the report’s suggestions would be included in his next budget proposal.

The recommendations include the possibility of subsidizing travel, lodging, and childcare for people traveling from other states to procure an abortion. The report also recommends an extension of California’s Medicaid coverage of abortion to include low-income patients from other states who would qualify for coverage if they were residents, according to the AP.

We weep for the women and for their babies.

Likewise, we weep for the sick and the elderly, for in October, Newsom signed a bill that loosened safeguarding requirements for anyone seeking to die by assisted suicide, thus making it much easier to do so.

It seems that only some people are safe in California.

But then we rejoice because of the faith and moral courage of the saints in heaven and of people here on earth, like sportscaster Dick Vitale, who is currently undergoing chemotherapy for lymphoma. The 82-year-old Catholic recently tweeted “about a deacon from his parish, Our Lady of the Angels in Lakewood Ranch, Florida, bringing him Communion. He also used the occasion to remind his followers that they can request that Communion be brought to them when they are ill or homebound.”

Vitale also frequently asks for prayers, and he tweets that he is praying for those also suffering from cancer.

Vitale is a good example of someone who has the moral courage to publicly and proudly proclaim his faith.

There are many others like him—those who refuse to allow society to silence their voices, those who lead, and those who teach.

We must strive to become like these men and woman and to not be afraid to live our faith outwardly, for as Romans 1:16 teaches, we should not be “ashamed of the gospel. It is the power of God for the salvation of everyone who believes.”

Gaudete Sunday should inspire us to have hope, to rejoice, and to look forward to Christ’s coming and then to go out and share this rejoicing with others so that they, too, might see the glory of God.

As we sing in the hymn “City of God”:

A new day is dawning for all those who weep.
The people in darkness have seen a great light.
The Lord of our longing has conquered the night.

Let us build the city of God.
May our tears be turned into dancing!
For the Lord, our light and our love,
has turned the night into day!

Christ came to turn the night into day and to turn our weeping into joy. Let us rejoice in that fact and share the good news without embarrassment and without apology!