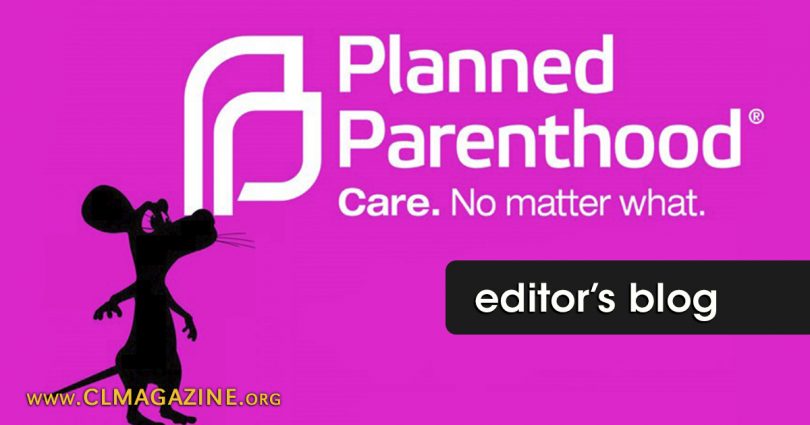 Planned Parenthood continues its never-ending efforts to convince the world that it’s just a wonderful, life-saving organization that does so much good for the poor. This week, it shared the following story on Twitter:

If anti-abortion politicians like Trump & Paul Ryan had their way, @GinaWalkington wouldn’t be a mom: https://t.co/etywgWB4B4 #IStandWithPP pic.twitter.com/zX29eES6Pu

PP’s teaser for this tweet should win a ‘clickbait of the year’ award!

What do PP, President Trump and Paul Ryan hypothetically getting their way, and a woman being a mother today have to do with each other? The deceitful shininess of the ‘clickbate’ allured me…and I clicked.

The link took me to a story; here it is in a nutshell. Gina Walkington hates the new healthcare bill because PP will lose our taxpayer dollars for a year…and in her mind, PP is the greatest thing since sliced bread.

“In 2006, when I was 20, I was insured on my parent’s insurance but it wasn’t great,” Walkington explains. “We didn’t have a comfortable relationship talking about sexual and reproductive health. So, my best friend and I made a plan to make appointments at Planned Parenthood. They got us in really quickly and I had a Pap test, STI testing, and left with a pack of birth control” (see here).

The Pap test revealed pre-cancerous cells and so Walkington had a procedure to remove those cells. Now 11 years later, she has three beautiful boys. Thus, she concludes: “Planned Parenthood essentially allowed me the opportunity to have children” (see here). This has led her to become a die-hard advocate of PP.

I am glad that Gina Walkington had cancerous cells removed and now has 3 children. That is great…there is no doubt there. The problem is with her conclusion. Actually, there are multiple problems with her conclusion and how she arrived there. I will focus on one aspect of the poor reasoning involved.

Nobody is arguing that PP’s provision of Pap tests is reprehensible or unworthy of taxpayer funding in and of itself. Nobody is rejecting PP for finding pre-cancerous cells.

Think of rat poison for a moment. Stick with me, I am going somewhere with this. There are different poisons for killing rats, but one that is used often enough is called “Diphacinone Sodium Salt (C23H15NaO3).” Do you know how much C23H15NaO3 is in rat poison? Do you know the percentage of perfectly edible food to actual poison in rat poison? I have made you a graphic for this: 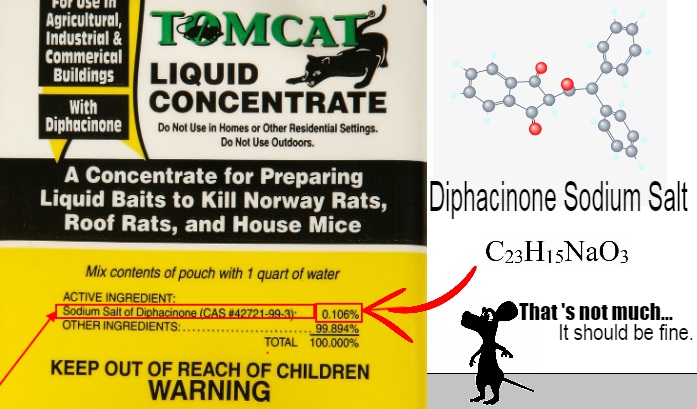 You see that? It is only 0.106% poison! The rest (99.894%) is harmless. The rat in the graphic—his name is “Charlie”—will soon be dead. His thoughts on the seemingly insignificant effects of 0.106% Diphacinone Sodium Salt on his health are irrelevant. If he acts on his poor reasoning and erroneous conclusion, Charlie the Rat’s “PP-style reasoning” will not magically render harmless the 0.106% of deadly poison that will quickly kill him.

Planned Parenthood is the nation’s largest abortion chain. That is a fact. Once abortion is recognized for the gruesome horror that it is, then some of PP’s legitimate services—like Pap tests, which are good in themselves—become ultimately irrelevant.  As a just nation that recognizes every human person’s inalieanble right to life, we must not tolerate PP’s merciless destruction of even one preborn child simply because the nation’s largest abortion chain provides some legitimate services. Some good does not cancel or justify any injustice.

By the way, all the legitimate services that PP actually does offer are also offered in many other places that do not do abortions. Gina Walkington could have received a Pap test elsewhere. The numbers do not lie. From 2014-2015, PP’s US market share for Pap tests was 0.97%, while its US market share for abortions was 30.6% (see here)…WOW!