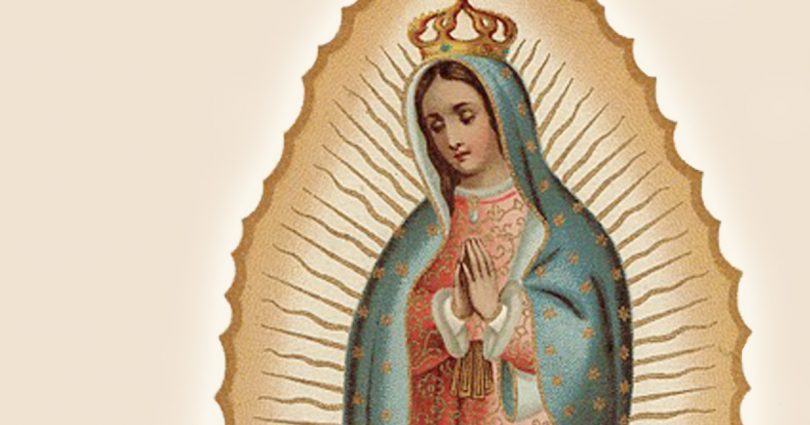 Charity is a natural extension of the pro-life movement. Saint James wrote, “If a brother or sister has nothing to wear and has no food for the day, and one of you says to them, “Go in peace, keep warm, and eat well, but you do not give them the necessities of the body, what good is it?” (James 2:15–16). At Madonna House, located in Neptune, New Jersey, his admonition is taken to heart. Volunteers at this nonprofit religious association have served the region’s needy children and helped to save the lives of preborn children since 1987.

Madonna House is the culmination of founder and director Rebecca Blonski’s pro-life journey. During her pregnancies, her mother, Muriel Haithcock, experienced severe medical problems due to high blood pressure, resulting in the premature births of Rebecca’s older brother and sister. Muriel was advised never to conceive again; thus, when she was pregnant with Rebecca, several doctors urged her to have an abortion. “My mother refused,” said Rebecca, who was born in 1945 in Durham, North Carolina, when Muriel was 40. “She had her doctor visit her every week, and I was the only child born at full term.”

Rebecca’s family moved to an Italian neighborhood in New Jersey when she was five years old. Though raised as a Protestant, her parents occasionally let her attend Mass with two Catholic friends. “Being in church was so beautiful, so royal,” she recalled. “I wanted to know more.” Rebecca was received into the Catholic Church at age 22.  “I began as a cafeteria Catholic,” she recalled. “When I started adopting and homeschooling, I learned more about my faith.” Her mother became a Catholic at age 100, one year before she died.

Rebecca and her husband, John, have adopted nine children. “My children’s lives are an inspiration,” she commented. “You can see what love can do. Love can change everything, [and] nothing can be done without prayer.”

The Blonskis adopted their first child in 1983, a newborn baby from Mexico named John Thomas. Several of his 12 siblings had died from starvation and poor hygiene. Rebecca returned from Mexico not only with a precious child but a vision. She explained, “I was moved by the poverty and the beautiful spirituality of the people.”

Wanting to repay God for her blessings by helping the poor, Rebecca prayed for guidance about using an empty cinder block building. “I did a clothing drive for Birthright,” she recalled. “So, I took [this] little store, and contacted local hospitals and service agencies. Social workers sent people.” The little thrift store she began outgrew several settings—including a garage and a church basement. Rebecca was supported by her husband and children as she made her vision become reality. She said, “All of my children were involved in some way, and even today the children help me every day.”

The Madonna House apostolate is consecrated to Our Lady of Guadalupe and continues in loving memory of John Thomas, who drowned in a swimming accident in 2005. He was studying for the Catholic priesthood at the time.

Inspired by respect for life and dignity

According to the organization’s mission statement, “For many women, the decision to give life and raise their child means a life of poverty. Madonna House is unique in our approach to helping others because of our total commitment and respect for all human life. If one encourages a positive approach to life, then true alternatives must be offered: Madonna House is one of those alternatives.”

Madonna House provides children’s clothing, furniture and toys; baby diapers, wipes and formula; small household appliances and other household items; bedding; toiletries and other basic necessities. What distinguishes the Madonna House thrift shop from most others run by charities is that its clients must have referrals from outside entities or individuals, and everything is given free of charge. Referrals are made for crises such as homelessness or being without money for food.

Since most of Madonna House’s clients live at the poverty level, the referral policy prevents it from becoming an enabler that could be exploited—to the detriment of the poor themselves. “If they came every week, it would be a crutch,” Rebecca explained. And there are rules. “We stop them when we find out clothes are being re-sold or sold for drugs.” Clients come twice a year for clothes and every four months for diapers, and there is an annual Christmas gift giveaway.

Inspired by serving others

Rebecca believes the apostolate has helped her own spiritual growth. She stated, “When you see people’s hardships… it has taught me to be thankful. … When we can see smiles on their faces, giving gives more to the giver. It’s about being able to bring joy to another.”

About 15 regular volunteers staff Madonna House, some of whom have been there for two decades. Pat Graney has volunteered since the beginning. “I’ve been very blessed,” she said. “It’s a resource for moms who are struggling to take care of their families. They’re very grateful.”

Mary Reilly, who learned about Madonna House 20 years ago, supports it through her parish pro-life committee. According to Mary, “Rebecca Blonski and her family are remarkable witnesses on behalf of life … [They have] assisted thousands of needy families who choose life … They are truly living saints.”

Sandy Abadir, along with her children Jonathan and Gabriella, chose to volunteer at Madonna House “for our love of the Blessed Mother,” which also manifests itself as a desire to help the less fortunate. “I have seen families with nothing cry and pray when they are given a few items from Madonna House,” she reported. “I have seen a homeless woman with a newborn given a chance to regroup, experience love and a family, and tackle the world with a whole new outlook at what she could accomplish: survival!”

Madonna House shows that pro-life work means not only helping the preborn to survive but also helping these babies and their families to thrive. It’s a hand that reaches out to help in a crisis. Madonna House cares for all of God’s children, no matter what age, and in the current economic crisis, its outreach is needed more than ever. Rebecca reported, “We’re seeing more and more people, as well as those who have been more affluent.”

For over two decades, Madonna House has lived out these words of Jesus: “For I was hungry and you gave Me food, I was thirsty and you gave Me drink, a stranger and you welcomed Me, naked and you clothed Me… Amen, I say to you, whatever you did for one of these least brothers of Mine, you did for Me” (Matthew 25:35–36, 40).