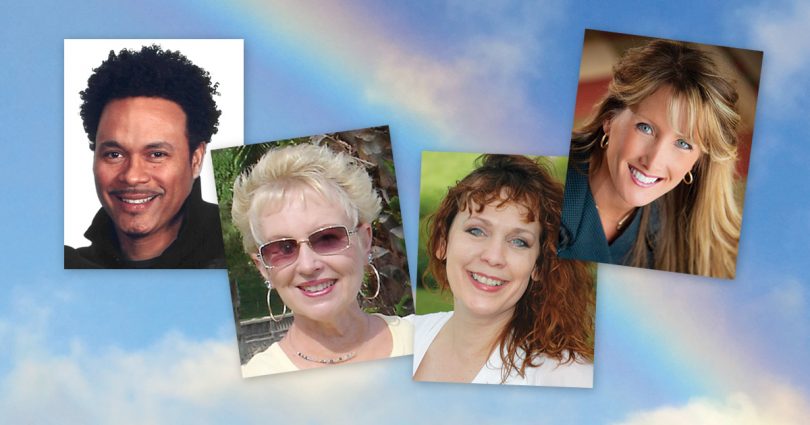 According to the Guttmacher Institutes latest statistics, in 2008, approximately 1.21 million preborn babies were killed by abortion, about 10,500–15,000 of whom were conceived by rape or incest. Even more tragic is the fact that many who claim to be pro-life accept the conventional “wisdom” that such babies should be aborted.

The following pro-life activists—themselves conceived through rape—are powerful living proof of why the pro-life movement must insist on total protection for all babies, without exception, from the moment of their creation, and the reality that God can bring forth miracles even from the most horrendous circumstances.

Ryan Scott Bomberger is chief creative officer of the Atlanta-based Radiance Foundation (theradiancefoundation.org; 877-51-SHINE), which he cofounded in 2009 with his wife, Bethany, who serves as executive director. Radiance promotes respect for life, adoption and racial reconciliation through multiple forms of media, public speaking and community outreach. Since 2010, its “Too Many Aborted” project has erected large billboards in Georgia, Wisconsin and California, calling attention to the abortion industry’s genocidal targeting of black babies—and thereby provoking a nationwide “mainstream” media frenzy.

Ryan and Bethany now have four children, one of whom they recently adopted. Born in 1971, Ryan himself was adopted as an infant and raised in a family of 13 children, 10 of whom are adoptees. During a discussion he had with his adoptive mother at age 13, Ryan learned that his birth mother had been raped. “It was devastating to have the origin of your life rewritten in a matter of seconds,” he recalled.

Ryan earned a masters degree in communications from Virginia’s Regent University in 1997. When asked to speak at a graduation ceremony, he shared his life story with a large audience for the first time. “People were crying,” he recalled. “I realized …that I should be out there as a champion not just for the unborn but also for the birth mothers so they can make better choices for themselves.”

At that time, Ryan also started searching for his birth mother, to thank her for giving him life, but hasn’t been able to locate her thus far. Besides being well versed in media production of all kinds, public speaking and youth mentoring, Ryan is a singer/songwriter. So, to honor his birth mother and all women who have chosen life for their babies in difficult circumstances, he wrote and recorded the song “Meant to Be.”¹ “That is my only hope in connecting with her, so she knows that from all the pain she went through, something beautiful came out of it. There is a part of the song that says, “And now I can love and be loved all because of you. That, to me, sums it all up.”

Rebecca Kiessling, a family law attorney and pro-life speaker residing in the Detroit area, uses her life story to advocate against abortion and promote adoption. She herself is the mother of two adoptive and three biological children.

Rebecca was born three years before Roe v. Wade and Doe v. Bolton decriminalized abortion in the U.S. Though adopted in early infancy, now she also enjoys a close relationship with her birth mother, Joann, whom she met at age 18. Before their first face-to-face meeting, Joann told Rebecca how her life began: One night, while walking to a nearby grocery store, a knife-wielding rapist jumped out from behind the bushes and dragged Joann to a nearby field.

Later, Joann admitted to Rebecca that, had abortion been decriminalized at that time, she would have had her aborted, and that she backed out of two chances for a back-alley abortion—due to fear for her own safety. “Six years after we met, she said she changed her mind about [abortion] and is so thankful today that she couldn’t abort me,” Rebecca said. Rebecca stated on her web site (rebeccakiessling.com), “The fact that I’m alive today has to do with people who fought to ensure abortion was illegal in Michigan at the time—even in cases of rape, people who argued to protect my life.”

“After learning my story,… I felt like screaming out in the streets, I have value; my life is worth something!” Rebecca recalled. She discovered her true worth when she came to know Jesus Christ and began sharing her story with others. “My value and identity are not established as a product of rape, but a child of God,” she said in her online testimony.

Rebecca also helps others who were conceived by rape tell their stories. She commented, “On my web site, I have dozens of stories of people who were conceived through rape or who became pregnant out of rape, and there is one underlying theme: They all love life.”

Pro-life speaker Juda Myers is also a singer/songwriter, artist, author, wife and mother of two sons, and lives in the Houston area. She was adopted in early infancy by a loving childless couple; nonetheless, she was eager to find her birth mother. In 2003, she gained access to her adoption records, but “excitement soon turned to horror,” Juda recalled in her online testimony.

She plunged into a deep depression upon discovering that in 1956, her birth mother, Ann, was raped by a group of eight men as she walked home from a movie theater one night. In her videotaped testimony, Ann disclosed, “My parents didn’t want me to have the baby, let alone keep [her]. But I didn’t believe in destroying her, so I had her and they forced me to give her up.”

On the following day, Juda’s life was transformed when someone who knew nothing of her story, told her, “…I know that God knew you before you were ever conceived.” “At that moment … I knew that …God Himself had a reason for my life,” she explained.

Juda was finally able to meet Ann in 2005. “She had been praying for 48 years that God would return me to her,” Juda said. At that first meeting, Ann told her, “I’ve forgiven those men, and look what God has done. He’s brought you back to me. God is faithful!”

Inspired by her birth mother’s example, Juda uses her pro-life Christian outreach, Juda Myers Freedom Ministries (choices4life.org), to stress the joy and freedom resulting from forgiveness. Besides promoting adoption as the compassionate choice for women in pregnancies resulting from rape, the ministrys message “is about being able to forgive those who hurt you, because when we can get over that hurt, then we can experience life to the fullest,” she said. “I also speak out for the children, my peers who didn’t make it. I tell the mothers who have aborted that these babies would forgive them. If [Jesus Christ] could forgive me for my sins, He could forgive all the mothers who felt the only choice they had was abortion.”

Laura Tedder, of Warren, Michigan, is a pro-life speaker, author, wife and mother of one son. Born in 1948 as the result of her birth mother’s rape in a bar, she suffered from birth with a retinoblastoma (a form of cancer) in her right eye. It was caused by her birth mother’s numerous attempts to abort her throughout her pregnancy, despite the fact that abortion was then illegal in Michigan.

“She dropped me off when I was two days old at her brother’s house,” Laura recalled. “When they adopted me, it was the best thing that could happen to me.” Laura’s aunt and uncle provided a loving home for her.

At age two, Laura’s cancerous eye was surgically removed to prevent the retinoblastoma from spreading. According to her online testimony (available at www.rebeccakiessling.com), she has “had many surgeries since [then] to correct the trauma left from the cancer. The treatment included radiation, which in turn caused a brain tumor and several more surgeries years later.”

When Laura was able to speak with her birth mother years later, she told her, “I’m just calling to thank you so much for giving me to your brother. What a wonderful life I’ve had! I just want to thank you so much for giving me life; God bless you!” Though Laura’s birth mother has repeatedly rejected her efforts at reconciliation, Laura said in her online testimony, “I have forgiven her and harbor no resentment. Any people in similar circumstances with a parent should let go of their resentment sooner so they can reconcile before it is too late.”

Laura uses her life story to promote respect for life, bring people closer to God and inspire them to overcome hardships. In 2010, she published her autobiography, Trip into a Miracle? (see blurb.com; search under the title or “Laura Tedder”).

“I want people to understand that when things happen in your life, they happen for a reason,” Laura said. They are, she explained, part of God’s bigger plan. Her message to those facing crisis pregnancies: “Any baby is a miracle baby; I don’t care how they were conceived. No matter what the circumstances of conception [a person’s biological beginning] are, abortion is always wrong. I hope that any woman facing a crisis pregnancy would understand that every child is a wanted child!” Laura can be contacted at .

Stephanie Longo is a freelance writer, translator and photographer from Scranton, Pennsylvania. See also our related features in this issue: Pro-Life Basics, the pro-life book review and our interview with Dr. David Reardon.

1“Meant to Be” can be downloaded from iTunes at bit.ly/itunes-meanttobe (or search under “Ryan Scott”), or at theradiancefoundation.org. All proceeds are used to create and provide media material, free of charge, for pregnancy resource centers.