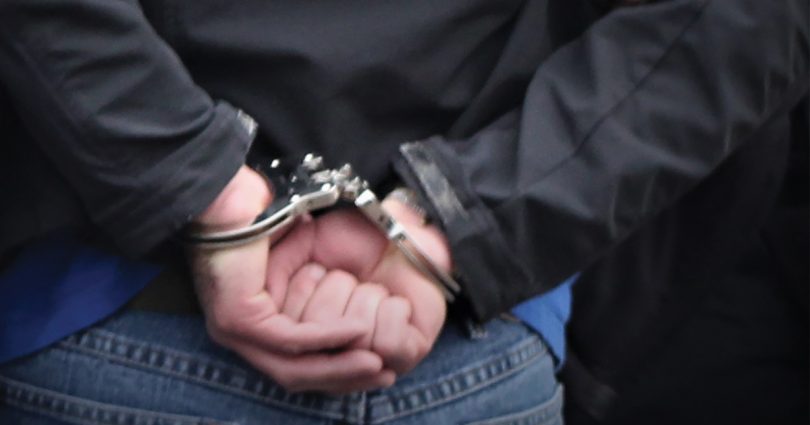 Rescue those who are being taken away to death. — Proverbs 24:11

Sacred Scripture has always given clear commands regarding how to care for innocent people who are in danger. We must rescue them. This can be seen in the courageous witness of the Hebrew midwives defying the murderous laws of Pharaoh to slaughter newborn babies (cf. Ex 1:22-2:6) and in Jesus’ own message in the gospel regarding the rescue of the dying man by the Good Samaritan. Ultimately, the example par excellence of rescue is Jesus Christ “laying down His life for love of His friends” (Jn. 15:13), to rescue them from eternal damnation through His precious blood shed for them on the holy cross (Rev. 12:11)!

The 1973 Roe v. Wade decision led to the exclusion of a certain people-group from the protection of the law in terms of their right to life. Inspired by Proverbs 24:11, many pro-lifers believe God has called them to literally “rescue those being taken away to death.” Thus, in a sense, all pro-life work can be called “rescue work” because it’s protecting innocent babies through a myriad of different efforts: sidewalk counseling, pregnancy help centers, educational efforts, and working to change the law through the political system.

The pro-life rescue movement came into existence in the 1970s, reached its peak with Randall Terry’s Operation Rescue in the late 1980s, and continued through the mid-1990s. It was a massive nationwide nonviolent effort to save the lives of babies and their mothers who were in immediate danger. Randall Terry famously said, “If you think abortion is murder, act like it’s murder.” This spurred thousands of Christians and other people of good will into action. There were 75,000 people arrested in sit-ins, resulting in hundreds of babies and mothers rescued, numerous abortion industry workers converted, and many abortion centers closed.

Due to a lack of leadership, support, and solidarity, combined with crushing congressional legislation, the rescue movement faded in the mid-1990s. Particularly, the Freedom of Access to Clinic Entrances Act—the FACE law signed by President Clinton—contributed to the decline of the once-robust rescue movement.

Only a few people, such as Canadian rescuer Mary Wagner, continued to keep the rescue movement alive. Mary discerned her call within the quiet solitude of a French convent where she lived for many years discerning a vocation to religious life. Mary believed that Jesus called her to return to Canada and serve Him in the persons of the preborn child, the mother, the father, and even in the abortion center workers. “I seek to be present with the little ones and stay with them and love them and their parents in their time of greatest need,” Wagner says with quiet conviction.

Taking red roses to moms and babies inside abortion facilities in a gentle and nonthreatening way, Mary seeks to share the love of Christ with the mothers scheduled for abortions. She remains there as long as the babies are endangered.

In the spring of 2017, a group of US pro-life leaders met in St. Louis to discuss the place for rescuers at abortion centers. As a result of this meeting, a new alliance was formed: Red Rose Rescue. These leaders decided that rescues would be conducted, but they would not block any doors or hallways of the abortion facility. The goal of a Red Rose Rescue is for a small team of pro-lifers to simply enter an abortion facility and persuade the mothers to walk out and give life to their babies. In addition, pro-lifers distribute red roses to everyone.

Red Rose Rescuer Will Goodman explains: “RRR volunteers go inside these ‘dark holes’ because this is where the violence is happening. Babies are not killed on the sidewalks or at the capital or in courthouses; they are painfully dismembered inside buildings constructed to destroy life.”

“We enter the facility peacefully and simply share a gift of roses and pregnancy help information with mothers and fathers awaiting surgical or chemical abortions,” says Immolatia, a Franciscan sister who served the materially poor for years and who recently discerned a vocation to exclusively serve the victims of the abortion holocaust.

Since the first nationwide RRR effort on September 15, 2017, nine rescues have occurred in Michigan, New Mexico, Virginia, New Jersey, and the District of Columbia. Once inside the waiting room, the rescuers split up and offer roses to the pregnant mothers and counsel them respectfully, offering free assistance at nearby pregnancy resource centers. The responses vary. Miller states:

Certainly not all of the women respond to our plea, yet we have firsthand experience of women actually leaving the abortion facility. We know that their babies were saved at least that day. Every sidewalk counselor knows that’s a victory! The women who left had a chance to reconsider their decision to abort. That would not have happened unless we had been inside the clinic to urge them to give life to their babies!

Rescuer Patrice Woodworth states: “During the rescue at the Women’s Center in West Bloomfield, Michigan, I talked to a young mother there with her girlfriend. I said, ‘God loves you and your baby’ and offered each woman a rose. A few moments later they left!”

In a later court hearing, Pam DiMaggio, the abortion clinic director, testified that, unprecedented in the 30-year history of the facility, 11 other women did not go through with their abortions that day. She even illustrated this “loss of revenue” with a chart.

In some rescues, the volunteers have been able to remain inside the killing center for up to two or three hours talking to mothers, fathers, and clinic staff. “We are there for the workers too,” states Mary Wagner. “Our love for them must testify to the truth in a wholly consistent way, the way of Jesus.”

When the workers realize that there are rescuers trying to help women and children inside their killing center, they sometimes try to intimidate the nonviolent pro-lifers and threaten to call the police. These employees are often surprised to see the volunteers respond peacefully but firmly by stating that they will stay as long as innocent lives are in danger. This witness of “not leaving” but staying in solidarity with the threatened is an essential part of the rescue. “These innocent babies deserve this unique form of protection,” explains Dr. Miller. “Everyone has abandoned them at this point, yet the unborn are entitled to have someone who will not leave them.”

The rescue continues even if the police arrive. Rescuers try to reach out to the police in a courteous manner and inform them that they too have a duty to “serve and protect” the defenseless. In so doing, RRR volunteers testify that they are involved in a nonviolent rescue mission to save real lives in real danger and offer real help to abortion-minded couples. Some officers exhibit anger and hostility, but others have shown respect.

The witness of the Red Rose Rescuers continues within the judicial branch of government as rescuers become the surrogates for the babies who cannot represent themselves. In a May 25, 2018, Washington, DC, rescue, the police didn’t even charge the rescuers!  However, in Michigan, rescuers, denied a defense of necessity, were convicted before Judge Marc Barron who imposed a 12-month probation fraught with conditions, one of which was unprecedented when he banned the defendants from going within 500 feet of every single abortion center in the entire country. As they could not, in good conscience, comply, Red Rose Rescuers broke the probation. On June 1, 2018, Goodman and Miller returned to the West Bloomfield clinic. While there, Miller talked a woman out of an abortion. Judge Barron then revoked their probation and imposed a 45-day jail term. Soon, Red Rose Rescuer Matthew Connolly also served such a sentence.

Robert Muise of the American Freedom Law Center is appealing the conviction and the probation conditions and said he is willing to take the case “as far as it will go,” even to the Supreme Court. The battle has now continued in the appellate courts.

Red Rose Rescuer Fr. Fidelis Moscinski, a priest of the Franciscan Friars of the Renewal, explains:

Sometimes people mistakenly think this kind of mission work is “illegal” because arrests are a possibility. It is morally legal. The analogy used is a situation where a person jumps over a fence onto private property with a “No Trespassing” sign posted in order to rescue a child drowning in a swimming pool. Because the little one is in immediate danger, otherwise valid property laws are suspended, since the purpose of property is to be at the service of the good of human persons. Hence, rescuers respect property rights but do not put such rights above the value of a human being in mortal danger, which would be completely disordered. So, whether it be a drowning child in a private pool or an at-risk child in an abortion center, the right to life, and thus the right to rescue, supersedes property rights.

In prison or jail, the rescuer is able to enter more deeply into the spiritual battle. While incarcerated, Mary Wagner has helped save babies of pregnant inmates. She has also been able to evangelize and bring people to Christ.

Vision for the future

Within the judiciary, there is hope that a RRR case could help provide a legal defense of the personhood of the preborn child and a necessity defense for rescuing, either of which could possibly undermine or overturn the Roe/Doe atrocities.

Red Rose Rescue seeks the permanent end of all abortions—period. But until that day comes, the hope is that there will be rescuers present whenever and wherever a life is in danger. Dr. Miller notes: “Our goal is not to have an ‘event,’ but to spark a national movement to bring concrete protection to children where it is most needed. We absolutely hope that other pro-lifers will see the vision here and participate in this life-saving, life-defending action.”

December 2, 2017: Red Rose Rescues are conducted in Michigan, Virginia, and Washington, DC. Will Goodman and Matthew Connolly are arrested during a rescue at the Women’s Center abortion facility in West Bloomfield, Michigan.

May 25, 2018: A Red Rose Rescue under the leadership of Fr. Stephen Imbarrato takes place in Washington, DC. No charges are ever filed against participants Fr. Fidelis Moscinski, Immolatia, and Lauren Handy.

Monica Migliorino Miller is the director of Citizens for a Pro-Life Society, associate professor of theology at Madonna University, founding member of Red Rose Rescue, and author of Abandoned—The Untold Story of the Abortion Wars, St. Benedict Press, 2012.