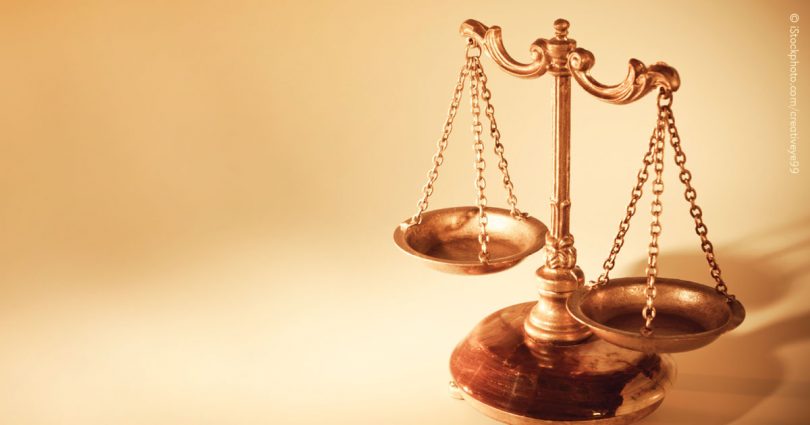 The Life Legal Defense Foundation (LLDF), based in Napa, California, is small but powerful in the battle for the culture of life. Pro-life leader Ron Maxson, along with attorneys John Streett and Steve Lopez, founded it in 1989 to assist Operation Rescue protesters arrested for blocking entrances to abortion facilities. LLDF’s mission is “to give innocent and helpless human beings of any age, particularly unborn children, a trained and committed defense against the threat of death, and to support their advocates in the nation’s courtrooms,” using the law and education. The foundation describes itself as a “one-of-a-kind nonprofit known for taking individual cases that others will not touch, especially cases that combine free-speech rights with pro-life witness in public places.”

Maxson explained, “We wanted to identify pro-life attorneys. . . . We still have dedicated and effective legal action teams. . . . They have the heart of the rescuer, the [sidewalk] counselor.” He also founded Napa Valley Culture of Life, which coordinates support for other local pro-life efforts, including Napa’s 40 Days for Life campaign and Birth Choice clinic. LLDF provides legal support for both. When protesters pray and counsel in front of Napa’s Planned Parenthood facility, “the LLDF provides confidence and security,” Maxson said.

A few examples of LLDF’s educational outreach are its cosponsorship of the Law of Life Summit, a seminar on overturning Roe v. Wade, held on Jan. 24 this year in Washington, DC; attorney education on defending free speech rights of pro-life advocates, as well as handling disputes over care for the elderly and disabled; resources on conscience rights protection; online information on end-of-life care guidelines and the dangers of living wills; and a free online booklet titledEvaluating Judicial Candidates: Their Opinions on Issues, which explains how voters can obtain publicly available information on candidates and their positions.

LLDF takes on a wide range of legal cases stemming from defending the right to life and human dignity, be they precedent-setting or not. It has been involved with high-profile, internationally known cases such as the Schindler family’s effort to save the life of Terri Schindler Schiavo, as well as numerous lower-profile cases involving pro-life street activism.
Dana Cody, LLDF’s executive director, is an attorney specializing in constitutional law.  She summed up LLDF’s work thus: “Sometimes we litigate; sometimes we fund [litigation]; sometimes [we do] both.”

In recent years, LLDF has perhaps been best known for successfully vindicating the free speech rights of Pastor Walter Hoye, a renowned pro-life activist  and speaker who was arrested in 2008 and jailed in 2009 for peacefully offering sidewalk counseling outside an Oakland, California, abortion business. In 2009, he was convicted of violating a highly restrictive bubble-zone ordinance (see Celebrate Life, Jul.-Aug. 2009). Fortunately, LLDF came to Rev. Hoye’s defense. His conviction was overturned in 2010, and in 2011, a federal appeals court ruled that the city’s approach to enforcing the ordinance was unconstitutional.

In Fairbanks v. Planned Parenthood, LLDF assisted Denise Fairbanks with the lawsuit she filed in 2007 against an Ohio PP affiliate for failing to comply with a state law requiring it to report her father’s sexual abuse, even though she informed PP’s personnel when he brought her there for an abortion at age 16. The case was settled in 2012, and among other things, it resulted in Ohio law being changed to allow under-age sexual abuse victims to sue and seek punitive damages from individuals and entities that fail to report the abuse.

In Alabama v. Shaver et al. (see Lifeline, Spring 2011, page 6), nine peaceful pro-life activists were arrested and mistreated by police in 2009, for allegedly trespassing on a public sidewalk outside a high school in Birmingham. LLDF helped the activists file a federal civil rights lawsuit against the officers and the city, and all criminal charges were dropped in 2011.

In 2007, several campus police officers assaulted, unlawfully arrested, and jailed three Survivors engaged in peaceful pro-life outreach at Chaffey College in Rancho Cucamonga, California. Charges against one Survivor were dismissed, and a jury acquitted the other two activists of all charges. With LLDF’s help, in 2009, the three filed a lawsuit (Cox et al. v. Romano et al.) against the officers for civil rights violations, and in 2011, they won a $225,000 settlement.

Based on LLDF’s analysis of the Obamacare law passed in 2010, Cody stated, “We don’t like Obamacare; it would fund abortion. It would fund insurance companies that fund abortions; there are ways to fund things without showing them on the books. There would be health care rationing.”

And in Feb. 2012, the US Department of Health and Human Services issued new regulations requiring health insurers to provide no-cost coverage for sterilization and contraception (including abortifacient drugs), with an exemption only for churches and associations of churches (see the Viewpoint commentary in Celebrate Life, Nov.-Dec. 2012). A wide range of employers and health insurance providers (both religious and secular) have filed dozens of lawsuits against it as a clear violation of the First Amendment’s protection of religious freedom. According to Cody, the regulations “were implemented in an unconstitutional way.” She emphasized, “We’re at the crossroads of history. We get our rights from God, not the government. We have to do what’s right, no matter what the sacrifice.”

To date, LLDF has filed friend-of-the-court briefs in five of the lawsuits filed against the HHS mandate, arguing that the federal government has ignored the serious health risks of using hormonal contraceptives. “Before forcing employers to violate their religious convictions, the government has to show the mandate furthers a compelling public interest. Our brief demonstrates how far the government is from having met its burden of proof,” explained Catherine Short, LLDF’s legal director.

LLDF also works proactively to bring about life-affirming and conscience-respecting health care. In 2012, it cosponsored a conference on Catholic health care reform (see sidebar). According to Cody, “It was very successful because people were encouraged. . . .  Doctors volunteered to network back in their states. It was focused on health care that is in line with Scripture. Abortion and contraception are not health care, and [they] hurt women.”

Philosophically, LLDF is awakening Americans to what the apostle Paul described as “the law  . . .  written in their hearts” (Romans 2:15): eternally valid universal laws that are sensed and knowable by all people. Within Christianity, the understanding and articulation of natural law found its culmination in Saint Thomas Aquinas’ systematic theology. “Saint Thomas Aquinas said we all have the urge to do good and avoid evil,” explained Raymond Dennehy, PhD, an LLDF advisory boardmember who is also an eminent philosophy professor, pro-life activist, and writer.

Dr. Dennehy said that LLDF engages in “practical philosophy” by appealing to reason when arguing cases. He is among the experts that help communicate the natural law philosophy that LLDF takes to court. LLDF also faces profound philosophical challenges, he said, especially the “belief that human life is a negotiable item.” And, like Cody, he is very concerned about the myriad ways in which this belief could manifest itself in Obamacare:

It depends on the people making decisions. Peter Singer [a Princeton University professor also infamous for advocating a “right” to kill babies after birth] justifies rationing, saying people shouldn’t put the individual over the group. When it’s alright to kill innocent infants, it becomes a serious issue. . . . The floodgates are open.

From Mar. 29−31, 2012, the Life Legal Defense Foundation (LLDF), along with three other organizations and four Catholic dioceses, sponsored the second annual “Make Straight the Pathway: An Integrated and Unified Solution for Catholic Healthcare Reform,” a conference designed “to prepare the way for Christ-centered health care in the United States.” It was held in San Francisco and attended by about 100 people.

Cody described LLDF’s mission and the unconstitutional nature of the HHS mandate.  She strongly urged faith-based institutions to resist it while remaining in operation, rather than close their doors.

Bishop Vasa pointed out the anti-life bias in health insurance policies that cover contraception, sterilization, and abortion, but not infertility treatment (which, he made clear, shouldn’t include approaches that violate Catholic teaching). Regarding the dangers Obamacare poses for religious freedom and Catholic health care, he observed,

The state attests, “You are free to practice your religion, but we will tell you what is acceptable practice and what is not.” . . .  Contraception, sterilization, and abortion … diminish and destroy [health and life], and yet . . . it’s called health care. It’s not.  . . .  Good morals make good medicine.

Dr. Hilgers explained “the professional infrastructure of the Creighton Model FertilityCare system [an ethical, natural method of achieving or avoiding pregnancy] and NaProTECHNOLOGY” (which uses the Creighton Model to help diagnose and treat women’s reproductive health problems), both of which he developed. Besides providing or facilitating treatment based on these two medical sciences, his Pope Paul VI Institute and two related networks of health care professionalsprovide education, research,  certification, and accreditation in the same, to meet the professional needs of health care workers and facilities. “Many people don’t have a clue about this level of professionalism.  . . . We want hospitals to know there are qualified individuals [who can provide this type of treatment],” he told Celebrate Life Magazine.

This year’s “Making Straight the Pathway” conference is scheduled for Mar. 7−9 in Houston, Texas. Visit ChristusMedicus.com for more information.