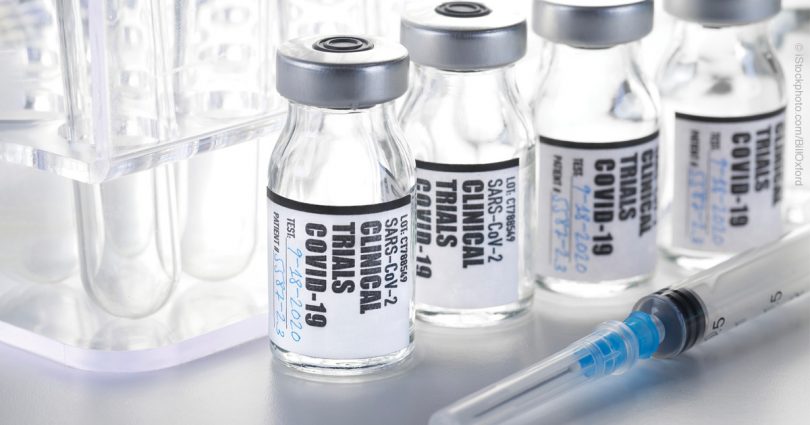 Baltimore, 1951: A young woman lay dying in her hospital bed, her body riddled with cancer. Before her death, doctors scraped some cells from her cervix. Later, without her knowledge or consent, those cells—“the first immortal human cells ever grown in a laboratory”—became instrumental in innumerable medical studies and discoveries.1 They also generated incalculable wealth.

That young woman was Henrietta Lacks, and if you’ve heard her name, it’s because of Rebecca Skloot’s curiosity. One day in a biology class, Skloot encountered a picture of the unnamed woman whose cells were known as HeLa, their donor little more than a footnote in a textbook. Skloot’s determination to learn that woman’s name led to her best-selling book The Immortal Life of Henrietta Lacks. Lacks’ descendants, many of them struggling in poverty, have never received a penny from the millions generated by her cells.

But Lacks is not the only unknown and unknowing person whose cells have contributed to medical advances.

Sweden, 1962: A baby girl was conceived. Overwhelmed by the several children she was already raising with little help from an often-absent and alcoholic husband, her mother sought an abortion. The procedure was legal, but finding a doctor willing to perform it took awhile. The baby’s life ended around four months’ gestation.

However, the tragic end of that baby girl’s life was not the end of her story. Her lungs were dissected at the Karolinska Institute in Stockholm then flown to the Wistar Institute in Philadelphia. She is known only as WI-38—a name created by biologist Leonard Hayflick to identify her cell line.2 So let’s call her Wendie.

Unlike Henrietta’s cells, Wendie’s were healthy, thus ideal for Dr. Hayflick’s research in culturing cells. Dr. Hayflick hoped to provide himself and other researchers with cell lines that would grow continuously in the lab. The lines could then form the basis for all kinds of scientific research. He had his own experiments to conduct as well—for example, studying the relationship between viruses and cancer.

Scientists had always relied on animal cells for their research, but animal cells did not replicate well under lab conditions. Researchers needed to acquire—and kill—a lot of laboratory animals. And using a different specimen each time made it difficult to control experimental conditions. Eventually, scientists realized that some animal cells contained a simian cancer-causing virus. Although that virus did not affect humans, scientists were not yet aware of that fact. In addition, they feared that other undiscovered viruses might be hidden in the animal cell cultures. Thus, Dr. Hayflick reasoned that fetal cells, being protected within the mother’s womb, would be “cleaner” than adult or animal cells.

Once Dr. Hayflick successfully cultured Wendie’s cells, it was only natural that developers of new vaccines would prefer them to the contaminated and inferior animal cell lines.

Like Henrietta’s cells, Wendie’s have been used for all types of medical research. In fact, you can buy a vial of the cell line derived from Wendie’s initial donation online for just over $400. And while you may not realize it, Wendie’s involuntary sacrifice has almost certainly benefited you: Her cells were used to develop vaccines against rubella, chicken pox, shingles, and adenovirus.3 Yet, she was not the only one whose cells were used.

England, 1966: A 27-year-old woman aborted her healthy preborn son—we’ll call him Malcolm—for “psychiatric reasons.” Malcom’s lung tissue became the source for the MRC-5 cell line, available online for $257. Malcolm’s donation was used to develop vaccines administered in the US and Canada for hepatitis-A, chicken pox, shingles, rabies, and polio.4

In addition to Malcolm and Wendie, the remains of many, many other preborn babies were used in earlier stages of vaccine development. At least 99 elective abortions were involved in the creation of the rubella vaccine alone.5 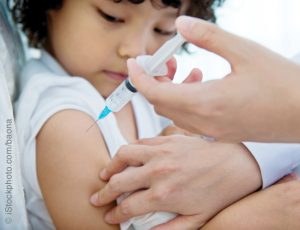 Maybe you had been unaware of the unethical history behind the vaccinations you routinely received as a child. Most people are. And even for those who are aware, it is important to know that the Catholic Church has weighed in more than once on the licitness of accepting vaccines developed in this way.

In 2005, the Pontifical Academy for Life assured the faithful that allowing their children to receive these vaccinations is “to be understood as being a passive material cooperation and, in its mildest and remotest sense, also active, morally justified . . . due to the necessity to provide for the good of one’s children and of the people who come in contact with the children.” However, it stressed that “the lawfulness of the use of these vaccines should not be misinterpreted as a declaration of the lawfulness of their production, marketing and use.”

The Academy also underscored the responsibility of “the faithful and citizens of upright conscience (fathers of families, doctors, etc.) to oppose, even by making an objection of conscience, the ever more widespread attacks against life and the ‘culture of death’ which underlies them. From this point of view, the use of vaccines whose production is connected with procured abortion constitutes at least a mediate remote passive material cooperation to the abortion, and an immediate passive material cooperation with regard to their marketing. Furthermore, on a cultural level, the use of such vaccines contributes in the creation of a generalized social consensus to the operation of the pharmaceutical industries which produce them in an immoral way.”6

Still, the prospect of using a vaccine created as a byproduct of an abortion is understandably distasteful, and many of today’s parents who know about vaccine origins have chosen to exercise conscience and religious exemptions not to vaccinate against diseases that few of them have ever experienced and that their own parents had accepted as a normal part of childhood. Today’s parents don’t remember the “summer scourge” of polio and the ever-present fear of death and iron lungs. The 1918 Spanish flu pandemic is the stuff of history—or at least it was until recently.

But parents will soon face another vaccine decision—for both themselves and their children. The clear and present danger of the current COVID-19 pandemic, with largely asymptomatic children posing a threat to their vulnerable elderly family members, along with the troubling cases of a dangerous syndrome that has befallen a small number of children post-recovery, can only be vanquished by a vaccine against the novel coronavirus—and the race is on to develop that vaccine.

In April, American Life League president Judie Brown wrote a letter to President Trump and to all 535 members of Congress regarding federal funding of such a vaccine, calling on them “to only fund an ethical vaccine that is NOT derived from aborted fetal cell lines.” Brown warned that “millions of pro-life individuals across the nation will not allow themselves to be injected with unethical vaccines.”7

A number of other pro-life leaders, including several bishops, also penned a letter to the Trump administration to insist on the development of an ethical vaccine. Addressed to Dr. Stephen M. Hahn, commissioner of the US Food and Drug Administration, the letter was copied to President Donald Trump, Vice President Mike Pence, and Secretary of Health and Human Services Alex M. Azar II.

Signed by Archbishop Joseph Naumann of Kansas City, Kansas, chair of the US Conference of Catholic Bishops’ Committee on Pro-Life Activities; the heads of three other bishops’ conference committees; and leaders of many other groups, the letter stated that “it is critically important that Americans have access to a vaccine that is produced ethically: No American should be forced to choose between being vaccinated against this potentially deadly virus and violating his or her conscience.” They pointed out that, while several researchers are continuing to use fetal cell lines, many others are not.8

American Life League recently reported that Children of God for Life—a nonprofit organization that campaigns for ethical vaccines—has listed several pharmaceutical companies that are developing COVID-19 vaccines, some of which are using aborted fetal cell lines.

The Biomedical Advanced Research and Development Authority, a component of the US Department of Health and Human Services’ Office of the Assistant Secretary for Preparedness and Response, is currently partnering with several companies that are working to develop a COVID-19 vaccine: Merck/Germany, AstraZeneca, Moderna, Sanofi, and Johnson & Johnson. COGL’s research indicates that, of these five, only Sanofi’s vaccine is being developed without the use of fetal cell lines, although there are several other companies pursuing ethical vaccines.

The ongoing COVID-19 research is supported mostly by the cells of two unnamed preborn babies from the Netherlands.

The first was a baby legally aborted in 1973. The sex of this child is unknown, but a cell line derived from his kidney cells, HEK 293, is being used in the development of several potential COVID-19 vaccines by three of the aforementioned companies (Merck, AstraZeneca, and Moderna), as well as many others.9

The second is from the retinal cells of a Dutch child aborted in 1985 because his mother did not know who the father was. This resulted in the PER C6 line being used by Janssen Pharmaceuticals—a pharmaceutical company owned by Johnson & Johnson.10

As of today, a quick look at the vaccines that show the most promise to be effective and to be available quickly would indicate that history is repeating itself. According to COGL research, four of the top five contenders have been developed using aborted fetal cell lines. By partnering with companies that are using these cell lines, the United States government has failed to prioritize ethical vaccine development.

Archbishop Naumann said in a recent interview on EWTN Pro-Life Weekly that it remains important to highlight the complicated ethical concerns in vaccine research. He explained: “We as a Church, obviously, we see this as a moral issue, that we don’t want to do anything that—in some way gives support for the idea of abortion. . . . In some cases where there are no other ethical choices, or for public health reasons, Catholics may be forced to use these vaccines even though we object to the way they were developed, but the Church says we have an obligation to object to that, and to advocate for ethical vaccines to be developed . . . This is the moment for us to advocate.”11

Vaccine development takes time. With the hurdles of clinical trials and large-scale production still to come, it will certainly be months or perhaps years until a final vaccine is available, forcing pro-life consumers to face an unsavory choice. Until then, “There remains a moral duty to continue to fight and to employ every lawful means in order to make life difficult for the pharmaceutical industries which act unscrupulously and unethically. . . . [Having to use unethical vaccines] is an unjust alternative choice, which must be eliminated as soon as possible.”12

Sanofi Pasteur recently announced that it will no longer produce unethical polio vaccines. According to Children of God for Life, the company has “switched the manufacturing of their Pentacel and Quadracel polio combination vaccines from using MRC-5 to the moral Vero (monkey) cells and will continue production of their separate polio vaccine, IPOL, which also uses Vero cells.”

Debi Vinnedge, founder of COGL, stated: “In troubling times like we are facing today with the COVID-19 shutdowns, we need to use this moment to let the industry know our preferences.”

Vinnedge encourages the public to write Sanofi Pasteur a note of thanks for dropping its aborted fetal polio vaccines and for its COVID-19 vaccine in development.

5. “Aborted Fetal Material Used in Vaccines and Medicines,” Children of God for Life, accessed May 29, 2020, cogforlife.org/wp-content/uploads/AbortedFetalCellLines.pdf.

11. “‘This Is the Moment to Advocate’ for Pro-Life Vaccines, Says Archbishop Naumann,” Catholic World Report, May 2, 2020, catholicworldreport.com/2020/05/02/this-is-the-moment-to-advocate-for-pro-life-vaccines-says-archbishop-naumann/?fbclid=IwAR1543NdOgYEgvUk4115jmCCJ9Xa06Vy4kcumqrgNj3h5xgPAiIKMiYqUKc.

Leslie Sholly is a wife and mother of five living in Knoxville, Tennessee. She was a charter member and long-term chair of the Respect Life Committee of the Diocese of Knoxville, where she helped design a pro-life CCD curriculum and gave many talks on abortion. Her writing has appeared in numerous publications and on her own website, Life in Every Limb.