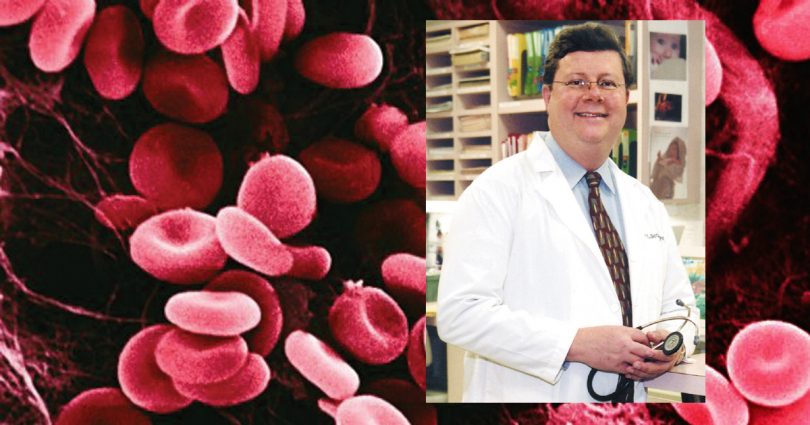 Tension welled as my grandfather fought through his final months with Parkinson’s disease in 2007. Fancy and experimental treatments were attempted. Within our family, anurgent question arose, accompanied by emotional fervor: “Could embryonic stem cell research save him?

”Most of us were vehemently opposed to human embryonic stem cell research (ESCR), regardless of the fact that some scientists and politicians and much of the media claim this research could help the ones we love. Perhaps ESCR proponents are looking for ways to justify abortion and tout something good supposedly resulting from the pure evil of this massacre. Perhaps they hope that once a little bit of good is allegedly found in something so awful, more people will look the other way and let them get away with perpetrating their own version of the horror portrayed in Mary Shelley’s Frankenstein.

I was pregnant during the last few months of my grandfather’s life, and I constantly wished and wondered if there were a moral way scientists could proceed with research on Parkinson’s disease without having to destroy preborn children. One day, I discovered a pamphlet in my pro-life doctor’s office promoting stem cell research, and I was stunned that she would support this. How could this be?

As I flipped through the pamphlet, I realized that stem cell research by itself was not the object of my opposition. Specifically, I was opposed to ESCR and the immorality swirling around it. Until that point—thank you, media—I was not very aware of any other sort of stem cell research.

The pamphlet publicized the recent discovery that stem cells obtained from newborn babies’ umbilical cord blood contain all of the elements necessary for promising research and effective cures. In fact, cord blood contains an abundance of complete and healthy stem cells, because these cells are obtained at childbirth usually at the end of the normal nine-month gestation period while human embryonic cells are harvested too early! Moreover, collection of umbilical cord blood after childbirth causes no pain and poses no risks for the baby, unlike ESCR, which results in the destruction of tiny preborn babies.

Answers from an expert

Dr. Gerry Sotomayor, an obstetrician-gynecologist in the Atlanta area, has worked hard to educate the public on ethical stem cell research and cord blood stem cells, and to promote the donation of umbilical cord blood. I recently had the opportunity to interview him.

How are cord blood stem cells generally used, and what sort of research is conducted with them?

GS: Transfusions. Most are [used for] transplants, and they can help people with over 80 diseases, including cancer, metabolic disorders, etc. Parkinson’s and Alzheimer’s, specifically, have not yet been found to have successful transplants, but the [cord blood] stem cells are currently being used in research for these two diseases.

How can donating cord blood save lives?

GS: Over the last 20 years, [cord] blood has been saved for transplants, and this is a well-estab lished study. In 1991, Georgia had its first successful transplant for sickle cell anemia. There have been hundreds since then, most of which have been done in the last three years. This research actually dates back to the 1950s, when bone marrow stem cells were used.

There is no need for embryonic stem cells to be used in research or transfusions, because there has never been a successful experiment with the embryonic cells. Therapy with the cells has not worked either. The reason is that five-day-old embryos have tissue that produces an outer rim placenta and embryonic membrane. The inner cell mass produces body parts. Scientists extract the inner cell mass, and they multiply that in embryonic stem cell research, and try to come up with treatments and experiments that only create teratomas. Teratomasare tumors made up of nonfunctioning body parts like hair, muscle, skin and teeth.

If embryonic cells are used for transfusions, the teratomas form, and these nonfunctioning body parts are found in a heart or brain or wherever they are used, instead of repairing the tissue. This is why it is only successful to wait until the baby is fully developed at nine months, born, handed over to the parents, and we are granted access to the use of millions of [cord blood] stem cells that are less likely to form body parts and [more likely to form] only reparative tissue.

There are blood banks where you can store your child’s umbilical cord blood for a very hefty annual price, in case you want to use it later if they turn out to have cancer or another sort of disease. This blood can be used for transfusions and to aid in the repair of damaged cells . . . . Currently, minority cord blood has the most critical demand.

Will cord blood be used ethically? Are there specific cord blood banks that should be avoided?

GS: The best source [of information on this] is the National Marrow Donor Program (NMDP.org). It certifies all cord blood banks and is neutral. You can read about it there.

How is cord blood used for patients who store it in a bank for themselves and do not donate it?

GS: Generally in transfusions  often in the case of diseases such as cancer. What is the minimum amount the cord blood banks require?

GS: One hundred and thirty grams. They weigh it, and quality matters as well as timing. The blood must be transported within 48 hours of birth.

How to donate cord blood

To ensure cord blood collection, I discovered that several steps needed to be taken well before my baby’s birth this summer:

1. At your prenatal visits, notify and later remind your doctor of your intentions, so that the blood can be sent out immediately after birth.

2. Contact the cord blood bank of your choosing when you are about three months pregnant, so that it can mail you its kit and provide detailed information on the collection process.

3. If you write up a “birth plan” for your doctor, be sure to include this information. Also, include the kit on your list of things to pack for the hospital.

When you donate cord blood, your precious, new, heaven-sent baby willalready be making a wonderful difference in this world!

Aileen Swartz is a freelance writer from Newnan, Georgia, where she resides with her husband, Andrew, and their children—Ryan and his sibling, due July 10. She graduated from Auburn University in 2001.