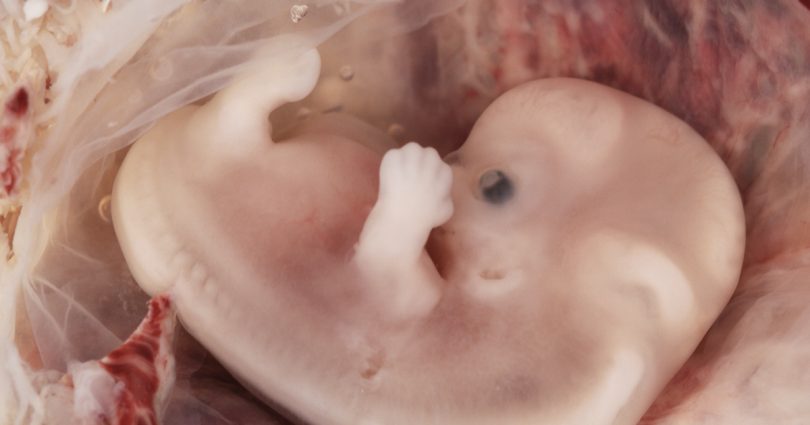 Since my first days in the pro-life movement over 35 years ago, I have learned a great deal about rhetoric and how it can deceive even the most well-meaning of people. I have also learned that there are people, especially on the pro-death side of the debate, who go to great lengths to intentionally misuse words, to mislead the listener. The words used to describe when a human being’s life actually begins are very good examples of what I mean. Let’s start with “conception.”

When I was a novice in this work, I thought—as did everybody I knew—that “conception,” the act of conceiving a child, was the beginning of a person’s life. So, in the mid-1970s, when I first realized that the word now had a couple of meanings, I looked into it. What I learned horrified me.

You see, many medical dictionaries, doctors and clinical researchers no longer think of the word “conception” as the moment when the human sperm and the human egg unite in the woman’s fallopian tube. For example, MedicineNet.com’s popular online dictionary defines “conception” thus: “1. The union of the sperm and the ovum. Synonymous with fertilization. 2. The onset of pregnancy, marked by implantation of the blastocyst into the endometrium.”

Notice that the first definition differs markedly from the second definition, and that the second ignores conception as defined in the first and tells the reader that the actual pregnancy does not begin until eight days after it has begun—at the moment of implantation in the woman’s womb! In other words, the two definitions directly contradict each other. Now there are even states where “conception” is legally defined—erroneously—as beginning at implantation.

So, we pro-lifers have a dilemma, but for every dilemma there is an answer. This must be so, particularly in prolife work, because words can kill people if used incorrectly. The following details illustrate exactly what I mean.

American Life League was compelled to research this question soon after its founding. Among the facts we found, documented by many of the pro-life cause’s most competent researchers, are these:

At a 1959 Planned Parenthood-Population Council symposium, Swedish researcher Bent Boving noted that “the social advantage of being considered to prevent conception rather than to destroy an established pregnancy could depend upon something so simple as a prudent habit of speech.”

Obviously, the intent to deceive the public about the abortion-causing nature of anti-fertility drugs and devices was widespread. At the 1964 Population ouncil symposium, Dr. Samuel Wishik pointed out that acceptance or rejection of birth control would depend on whether it causes an early abortion. Dr. Christopher Tietze, of Planned Parenthood and the Population Council, suggested, as a public relations ploy, “not to disturb those people for whom this is a question of major importance.” Tietze added that theologians and jurists have always taken the prevailing biological and medical consensus of their times as factual and that “if a medical consensus develops and is maintained that pregnancy, and therefore life, begins at implantation, eventually our brethren from the other faculties will listen.”

And in 1965, the American College of Obstetricians and Gynecologists published a new Terminology Bulletin that stated, “Conception is the implantation of the fertilized ovum.”

So there you have it. We concluded that we could no longer say “conception” without saying “fertilization.” To do otherwise was to agree with the culture of death that, since pregnancy does not begin until implantation, the child prior to implantation is simply not really there at all!

But the plot then thickened. Enter the sadistic scientists who tell us that because there are so many “spare” in vitro fertilization embryos, they have devised a way to put them all to good use. They will use their stem cells—thus killing each of them in the process—to help cure disease, grow extra body parts and stop the aging process, to mention but a few of their bogus claims.

Not only that, but they will manipulate human and animal cells, and in the process, clone or otherwise asexually reproduce human beings or maybe even a humananimal chimera, to use their stem cells as well. Thus, in today’s fast-moving era of science for the sake of profit, the human being is at even greater risk. For those of us working for the pro-life cause, this means that our language now has to be even more precise.

So, what to do? At American Life League, we are doing everything we can to ensure that every human being, regardless of his point of origin, is protected by law and the Constitution. The proposed Federal Personhood Amendment that we support states, therefore, that all human beings, regardless of how they come into existence (whether sexually or asexually, through in vitro or in vivo reproduction) and whether disabled or not, are to be treated as persons, and all of their God-given rights are to be recognized and protected.

As for asexually reproduced human beings, they begin to exist when the DNA in the cells are appropriately differentiated to that of a human organism (rather than that of just a human cell). This would include all naturally occurring human identical twins/triplets formed in the woman’s body, as well as all artificially reproduced human embryos in vitro (e.g., those reproduced by somatic cell nuclear transfer (SCNT), germ line cell nuclear transfer (GLCNT), “twinning” (blastomere separation, blastocyst splitting, embryo multiplication, etc.), parthenogenesis, pronuclei transfer, mitochondrial transfer, hemi-cloning, the use of artificially constructed genes, chromosomes, nuclei, cells, sperm, oocytes, embryos, etc., and other human genetic engineering and alternative method techniques.  [italics in the original]

The situation has changed dramatically in the past 35 years. Clearly, many have always denied God because they pretend that they are themselves gods, but today that is more obvious and thus more chilling than even I could have imagined.

It is, therefore, with the greatest pleasure that I introduce the updated, semantically accurate Federal Personhood Amendment, a proposal which American Life League will use as the centerpiece of its legislative strategy now and until the day when it becomes an official amendment to the United States Constitution:

Purpose: To establish that legal personhood is granted to all human beings in the United States from the beginning of their biological development.

The right to life is the paramount and most fundamental right of a person.

With respect to the right to life guaranteed to persons by the fifth and 14th articles of amendment to the Constitution, the word “person” applies to all human beings; irrespective of age, health, function, physical or mental dependency, or method of reproduction; from the beginning of their biological development.

Section III: Congress and the several States, including territories under United States control, shall have concurrent power to enforce this article by appropriate legislation.

Human being: Any organism, including the single-cell human embryo, irrespective of the method of reproduction, who possesses a genome specific for and consistent with an individual member of the human species

Human genome: The total amount of nuclear and extra-nuclear DNA genetic material that constitutes an organism as an individual member of the human species—including the single-cell human embryo

Human embryo: The term is used to define all human beings from the beginning of the embryonic period of their biological development through eight weeks; irrespective of age, health, function, physical or mental dependency, or method of reproduction; whether in vivo or in vitro.

Human fetus: The term is used to define all human beings from the beginning of the fetal period of their biological development (the beginning of nine weeks) through birth; irrespective of age, health, function, physical or mental dependency, or method of reproduction; whether in vivo or in vitro.

Personhood: The legal recognition of a human being’s full status as a human person that applies to all human beings; irrespective of age, health, function, physical or mental dependency, or method of reproduction; from the beginning of their biological development