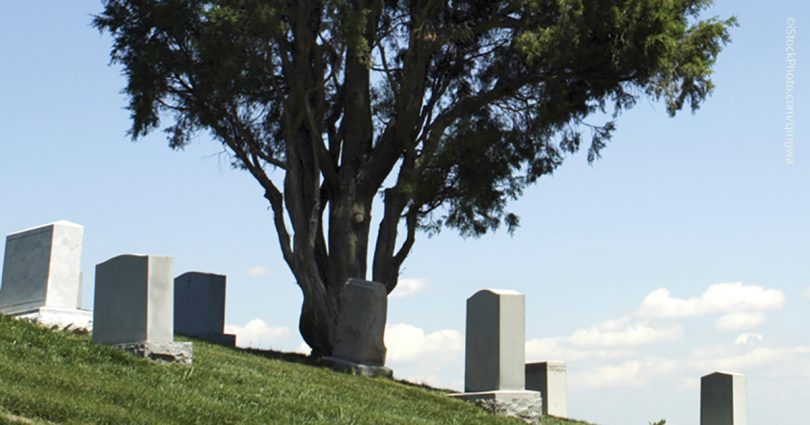 There are times when God has a way of quietly speaking to the soul, revealing a specific plan He has for us. So it was with a humble nun in a contemplative community who discovered the use of aborted fetal material in several vaccines and adult medicines. She contacted me at Children of God for Life to ask numerous questions, eager to learn the truth.

During our many hours of conversation, this very pious nun confided that God had put it in her heart to do something about this. She was not exactly sure what or how or why, but she knew that she would be obedient to His instruction. And then I learned how she would honor the life of one of our forgotten aborted children as he so justly deserved, to atone for the violation of his God-given dignity in the worst possible way. One of the babies who had been exploited by the pharmaceutical industry for decades was about to become more than just a numbered ingredient in a science patent or package insert.

Making amends for an atrocity

One of her fellow sisters had, unknowingly, been taking a medication produced by using this aborted little boy, whose cell line, dubbed by scientists as WI-26 (denoting the Wistar Institute of Anatomy and Biology in Philadelphia, fetal specimen 26), has been used by scientists since at least 1961.1 Unlike many of the products derived from aborted fetal materials, this one had a moral alternative, and the other sister had decided to use it. But her convent’s refrigerator still held the drug containing this child’s partial remains.

The drug contained only a small amount of fetal DNA, and while some may have seen this as inconsequential, our dear nun did not. Having this medication present so deeply disturbed her conscience she was willing to move to another convent, if necessary.

I had mailed her the 2008 Vatican document Dignitas Personae, and she told me that citations under the subheading “The use of human ‘biological material’ of illicit origin” struck her deeply.2 Sister knew exactly what needed to be done. The baby’s remains—present in that drug—would have to be given a proper burial in a cemetery with a Catholic Mass. Would such an unusual request be allowed?

She sought the counsel of her superior, who agreed that it seemed the proper thing to do. This child had been unwanted, unloved, and rejected. And he deserved to be finally accepted, and treated with dignity and love. The deliberate murder of an innocent baby is an abhorrent act of violence, but to then continuously exploit his remains for profit, as the pharmaceutical industry has done with hundreds—if not thousands—of babies, compounds that crime.

Sister then began making arrangements for the baby’s memorial service by giving him a name. I suggested the name “Victor” in honor of her mother, Victoria, who had passed away two days earlier. The middle name came to her in an equally tender way, as she had recently met a young woman who deeply regretted having her baby aborted. She could never give her little girl a proper burial, because the remains were lost. When Sister told her about her plans for Victor and that she could include her baby’s name, Marie, with his, it greatly consoled her. “Victor Marie” was then engraved on a beautiful small wooden urn.

The service was held on Thursday, May 2, 2013—the same day Sister’s mother was buried many miles away. A fellow nun, a lay associate, two deacons, a priest, and a bereaved family mourning the recent loss of their own stillborn child gathered around little Victor Marie for Holy Mass. A large bouquet of freshly cut bleeding heart flowers was lovingly placed beside him as they sang very moving and appropriate hymns. The priest himself was so deeply moved by their loving piety that he spoke against the evils of embryonic and aborted fetal research in his homily.

And as Sister tenderly placed the only remains she had of little Victor Marie in his permanent resting place beneath a lovely tree in the cemetery, she has given him something none of these other little children—also sacrificed in the name of science—have yet had: love, acceptance, a name instead of a number, and a permanent reminder that this abomination must stop.

When I shared with other pro-life organizations and friends what this holy nun did, each confirmed that it was a profound act of love and should help raise awareness of an atrocity that we, as a nation, have allowed to continue for far too long.  “All of these babies deserve respect and recognition,” declared Judie Brown, president of American Life League. “With the Gosnell trial exposing the horrors of late-term abortions, we seem to forget those whose screams are never heard audibly, but who nonetheless exist.”

Indeed, while even hardened pro-abortion leaders distanced themselves from abortionist Kermit Gosnell’s butchering of late-term and newborn babies, millions more babies will never be seen or heard, but are as dead as those whom Gosnell and his staff murdered.

I could not help but wonder if there would ever be so fitting an end for the other aborted babies who are currently used in medical products, known only by labels such as WI-38, MRC-5, HEK-293, and PER C6.3 The nation recoiled in horror over those babies whose spinal cords were snipped by Gosnell after being born alive. Likewise, many of these babies used in vaccine research survived prostaglandin abortions and were then dissected while still alive (see sidebar). Are the ghastly deaths inflicted on these earlier-term children any less significant?

Casually accepting the use of aborted fetal cell lines in medical treatments has led to a despicable sullying of our attitude toward the most vulnerable human beings and has legitimized the gross commercialization of babies ripped from their mothers’ wombs. We have been lulled into believing that this barbaric and utilitarian practice is somehow the right thing to do, because, alas, we have no choice: We must protect society from infectious disease at all costs, and therefore we must become slaves to the culture of death.

But make no mistake: Using aborted babies as products to help those fortunate children who did not have their lives snuffed out before birth is akin to the most depraved form of cannibalism imaginable. Yet we are asked to accept it for every polite reason. What kind of a civilization have we become when we can find no better way to protect ourselves from disease than by using the remains of murdered children?

Little Victor Marie, pray for us!

Sidebar: Beyond horrific: How fetal tissue is harvested

[T]hey have been puncturing the sac of a pregnant woman at . . . 14 to 16 weeks, and then they put a clamp on the head of the baby, pull the head down into the neck of the womb, drill a hole into the baby’s head, and then put a suction machine into the brain and suck out the brain cells. . . . Now at 21 weeks, what they were doing, or 18 weeks, or 16 weeks, was what are called prostaglandin abortions. They would inject a substance into the womb. The woman would then go into mini-labor and pass this baby. Fifty percent of the time, the baby would be born alive, but that didn’t stop them. They would just simply open up the abdomen of the baby with no anesthesia, and take out the liver and kidneys. (Bernard Nathanson, MD, “Harvesting the Fetus,”Vida Humana Internacional)

In “Cultivation of Poliomyelitis Virus in Tissue Culture,” (Canadian Journal of Medical Sciences 30 [1952]: 232), authors Joan C. Thicke et al. stated, “Human embryos of two and one-half to five months gestation were obtained from the gynaecological department of the Toronto General Hospital. . . . [I]n many of the embryos the heart was still beating at the time of receipt in the virus laboratory.”

In Vivisection or Science: A Choice to Make (1991: 99’108), pathologist Pietro Croce, MD, quotes Gonzalo Herranz, professor of histology and general embryology at the University of Navarra in Spain: “The correct way consists in having recourse to Caesarian section or to the removal of the uterus. Only in this way can bacteriological sterility be guaranteed. In either case, then, to obtain embryo cells for culture, a programmed abortion must be adopted, choosing the age of the embryo and dissecting it while still alive to remove tissues to be placed in culture media.”

In Confessions of a Pro-Life Missionary (1988), Father Paul Marx, founder of Human Life International, quotes Dr. Ian Donald, who described the experiments he witnessed at the Karolinska Institute in Stockholm, Sweden (where cell lines WI-1 through WI-38 and beyond were cultured from aborted babies): “Experiments were being performed on near-term alive aborted babies . . . who were not even afforded the mercy of anesthetic as they writhed and cried in agony, and when their usefulness had expired, they were executed and discarded as garbage.”

2 “34. . . . ‘[T]he use of human embryos or fetuses as an object of experimentation constitutes a crime against their dignity as human beings who have a right to the same respect owed to a child once born, just as to every person.’ These forms of experimentation always constitute a grave moral disorder. 35. A different situation is created when researchers use ‘biological material’ of illicit origin which has been produced apart from their research center or which has been obtained commercially. The instruction Donum Vitae formulated the general principle which must be observed in these cases: ‘The corpses of human embryos and fetuses, whether they have been deliberately aborted or not, must be respected just as the remains of other human beings. In particular, they cannot be subjected to mutilation or to autopsies if their death has not yet been verified and without the consent of the parents or of the mother. Furthermore, the moral requirements must be safeguarded that there be no complicity in deliberate abortion and that the risk of scandal be avoided.’”

3 For documentation on the sources of these aborted fetal cell lines, visit COGforLife.org/prove-it.