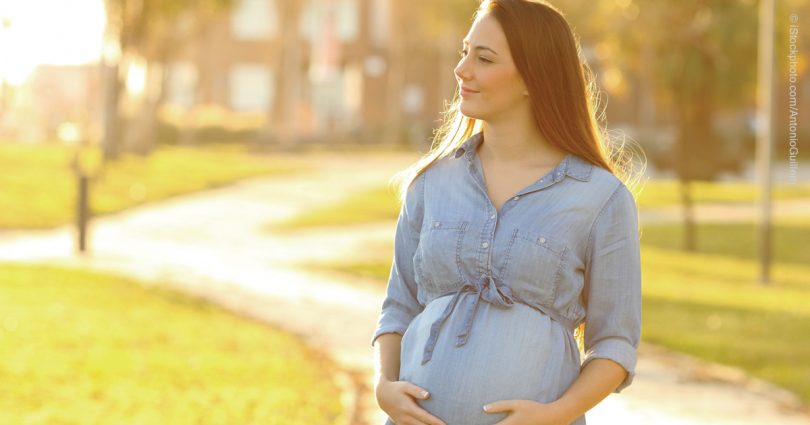 Two years ago, I attended a banquet for a pro-life ministry called A Moment of Hope (amoh.org). In the center of each table sat a stunning orchid in full bloom. Some were purple, some fuchsia, some yellow, and some red. Bunches of blossoms hung like grapes from long stems. While some of the blooms were showy, like pink monkey faces, others were miniature, delicate, and demure.

“As a thank you for your support and a reminder to pray for our ministry, we’d like each table sponsor to take an orchid home,” the emcee announced.

Delighted, I almost chose a plant with blooms the size of clementines, but instead selected one with miniature white flowers. The blossoms reminded me of the babies the ministry rescues every year. Tiny, pure, and innocent, these preborn babies have barely begun to live before their existence is threatened by abortion.

Margaret* is one of those babies. Conceived out of wedlock by people too young to be parents, her presence was not celebrated like those whose conceptions were “planned.” Her existence caused problems and questions—lots of them:

Her mother, Lillie,* made an appointment at the local Planned Parenthood office to gather information and discuss options. The counselor agreed with her. You can’t tell your parents. You have to finish school. People will talk. You’re too young to have a baby. Here’s what you should do. It’s the only option.

She scheduled an abortion for the following week.

Instead of feeling relief, Lillie left the building with a heavy heart.

At the foot of the driveway stood a man with kind eyes.

That moment turned into two. And then five. When the conversation moved around the corner to a restaurant, the truth gushed out like a rushing river.

The relationship. Her pregnancy. Her parents. Her schooling. Only one option. No hope.

“But there are other options,” he said gently, “and there is hope.”

When I brought the orchid home from the banquet, I set it on the dining room table and enjoyed its snowy blossoms. When the last one fell, I relocated the plant to a sunny window in the guest room. One day I noticed a shoot emerging from the base of the plant. It was going to bloom again. Imagining a cluster of blooms as beautiful as the first, I checked the plant’s progress often.

All was well until my grandchildren spent the night. The next morning, as I stripped the sheets from the bed, I noticed a stick on the floor—only it wasn’t a stick. It was the blossom stem of my orchid.

There would be no beautiful blossoms decorating my dining room table that spring.

Spring turned into summer, and summer became fall. As I did every week, I carried the orchid from the guest room to the bathroom and doused it with water. I eyed the still-broken stem and sighed.

Then I noticed something. A bump had formed right below the severed end of the spike.

The next week, the bump had grown! The week after that confirmed what I had hoped for: A new sprout was growing from beneath the broken stem.

Meanwhile, at the base of the plant, another spike was forming.

Within a month, the plant with the barren future sported not one but two flower stems.

With help from John and his team, she began to reframe her future. They connected Lillie with medical resources and a care team who would walk her through every step of her pregnancy. She realized that while her pregnancy had changed her original future, perhaps another future—an even better one—awaited her.

When my grandkids broke my orchid’s stem, I assumed nothing beautiful could come from it. Instead, with time, nurturing, and healing, the plant produced something more spectacular than if it had never been broken—two stems of snowy white blossoms.

The same is true of Lillie’s life. In time, with nurturing and healing, her life produced not one, but two beautiful futures.

It didn’t happen overnight, and it didn’t happen easily. When Lillie chose life for her baby, it took a while for her world to right itself. Her parents were heartbroken. Her education suffered. People talked. She wasn’t ready for a baby. She didn’t know what to do. But little by little, with the help of family, friends, and kind strangers, her future brightened, and her hope grew.

Now, not only does she have a future—a future that’s free from guilt and shame—her baby has one, too. Instead of a dead, lifeless stem separated from the plant that produced it, little Margaret is alive and growing. Like her mother, she is a person of exquisite beauty.

* While this story is true, we have changed the names for the sake of their privacy.

Lori Hatcher is the author of Refresh Your Faith: Uncommon Devotions from Every Book of the Bible. A women’s ministry speaker, she enjoys helping busy women connect with God in the craziness of everyday life. She and her pastor husband live delightfully close to their four grandchildren in Lexington, South Carolina.