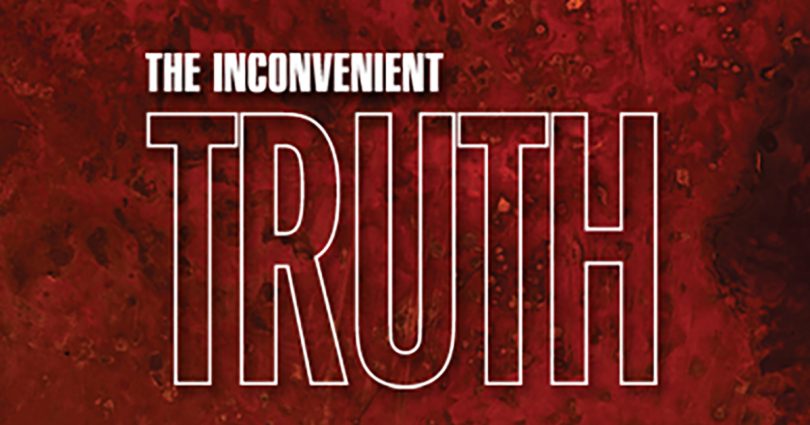 Years ago, when North Carolina psychiatrist Martha Shuping started her residency, she had a female patient who was admitted to the hospital with severe depression. “She had been a happily married, stay-at-home mom with a couple of kids already,” Dr. Shuping said, when she again became pregnant. The woman looked forward to the birth of her third child, but her husband did not. With help from their pastor, he persuaded her to have an abortion.

The patient told Dr. Shuping that the abortion had caused her depression. But Dr. Shuping’s supervisor, she recalled, claimed the woman “was suffering from a chemical imbalance and that she would probably stop obsessing about the abortion as soon as the medication took effect.” She said that “no books or articles were suggested to guide me.” Today, she added, professional literature is still quite limited on ways to deal with treatment for post-abortion grief and trauma.

The APA, which endorsed decriminalized abortion in 1969, even before Roe v. Wade, still defends it. Thus, it was hardly surprising that its task force concluded, “The best scientific evidence published indicates that among adult women who have an unplanned pregnancy, the relative risk of mental health problems is no greater if they have a single elective first-trimester abortion or deliver that pregnancy.” But those who plod through the long report find concessions that the likelihood of psychological problems is greater for women who already have a history of mental health problems, women who are pressured to have abortions and women who wanted to have a child, but abort because of fetal handicap.

Dr. Shuping was joined by several other experts on abortion’s psychological impact who also strongly disagree with the APA’s findings. Dr. Vincent Rue, a psychotherapist and director of the Institute for Pregnancy Loss in Jacksonville, Florida, explained that post-abortion trauma “continues to be politically incorrect in the U.S.A., is increasingly acknowledged by the public, is denied by the media and abortion rights proponents, is denied or minimized by American mental health organizations” and “is more accepted by international mental health organizations.”

Dr. Priscilla Coleman, associate professor of Human Development and Family Studies at Ohio’s Bowling Green State University, believes that the psychological effects of abortion are much worse for many women than the APA task force admits. “The best research available,” she said, “indicates that 20 to 30 percent of women experience adverse prolonged post-abortion reactions.”

Dr. Coleman has led several recent studies on this. She stressed that although there were many problems with such research in the 1980s and early 1990s, “we really have made a strong effort to reverse many of the methodological shortcomings that plagued the earlier research.” The newer and better-designed studies, she added, show that “abortion significantly increases risk for depression, anxiety disorders of various forms, sleep problems, suicide ideation, suicide and substance abuse.”

One study Dr. Coleman cited was conducted by New Zealand researchers and published in the Journal of Child Psychology and Psychiatry in 2006. Comparing young women who had abortions before age 25 with ones who did not, they found the former more likely to have major depression, thoughts of suicide, and dependence on alcohol or drugs. It’s estimated that about 20 percent of women have depression over the course of their lives. But in the New Zealand study, by the age of 25 years, 41.9 percent of the women who had abortions had experienced major depression. For those who had been pregnant but had not aborted their babies, the figure was 30.5 percent. For those who had never been pregnant, it was 21.3 percent.

The three groups’ figures for “suicidal ideation” (which can include actually making plans for suicide) were as follows: women with aborted babies, 27 percent; women who had been pregnant, but had no abortion, 13 percent; women who had never been pregnant, eight percent. Psychologists on both sides of the ideological divide over abortion view the New Zealand study as well designed. On January 3, 2006, Dr. David Fergusson, who led the study and has identified himself as “pro-choice,” told an Australian Broadcasting Corporation interviewer that his team was “surprised by the results.” He also commented that “we had a certain amount of difficulty getting these results published.” On March 1, 2006, Dr. Fergusson told the same network, “I remain prochoice. I am not religious. I am an atheist and a rationalist.” Yet he didn’t back down from his study. “The findings did surprise me,” he acknowledged, “but the results appear to be very robust because they persist across a series of disorders and a series of ages.” Dr. Fergusson published additional research on post-abortion trauma in late 2008 (see sidebar).

The Royal College of Psychiatrists, a key professional organization for psychiatrists in the United Kingdom and the Republic of Ireland, used to downplay the psychological risks of abortion. In a March 14, 2008 statement, however, it acknowledged that “some studies indicate no evidence of harm, whilst other studies identify a range of mental disorders following abortion.” It said women should be assessed for mental disorder  and risk factors for it before having abortions. Calling for more reviews of the issue, the Royal College said such reviews “should consider whether there is evidence for psychiatric indications for abortion.” Although calmly stated, that was a bombshell statement, since the belief that there are such indications has been a crucial element of support for abortion.

Dr. Coleman also cited a recent study from Norway that showed a much higher incidence of alcohol and illegal-drug use among women who had abortions (see sidebar). Another study from South Africa (published in the June 2007 issue of BMC Psychiatry) showed that 18 percent of women who had abortions were experiencing post-traumatic stress disorder symptoms three months later. Additionally, she said that recent research she and three other panelists conducted showed that abortion “made a significant contribution” to panic attacks and other anxiety disorders, as well as substance abuse.

Dr. Rue has treated many women suffering from postabortion trauma and has worked with Dr. Coleman on several studies. He noted that “we are not saying all women experience” serious psychological effects from abortion, “but certainly a significant number.” He also remarked that politics “attempts to camouflage what the head and the heart know all too clearly.”

The APA task force stressed the difficulty of proving that abortion actually causes psychological problems, suggesting that poverty and other factors are sometimes the culprits. Many recent studies, though, have taken into account factors such as poverty, yet have still found greater mental health problems in women who have had abortions.

The APA task force criticized the research of Dr. Coleman and other FRC panelists, claiming various shortcomings in scientific method. But Dr. Coleman declared that “the truth is in the data, and we have always said that.” She faulted the task force for its “elimination of at least 40 studies” from abroad, “most of which included ill effects” of abortion. She said its key conclusion “rests on one study amazingly, one study conducted in England” and called this approach “unbelievable.”

Dr. Shuping emphasized the importance of recovery programs for women traumatized by abortion. In her early experience with the depressed patient, she received help from a post-abortion support group. Then she looked for more people doing such work, “so that I could know at least as much as the nonprofessional helpers if I were called upon to help in future cases—as I have been many times.”

Dr. Shuping praised Rachel’s Vineyard retreats and other healing resources, and recommended a web site that provides an online directory of groups active in this area (www.abortionrecovery.org). She also noted that many pregnancy resource centers offer help with post-abortion recovery and pointed out, “Help for anyone is only a phone call or a mouse click away.”

Dr. Rue predicted that there will be a change in professional attitudes toward post-abortion trauma. Citing the Royal College of Psychiatrists example, he said change will “happen first outside the U.S. and then here.”

Supporting materials for the panelists’ presentations, extensive documentation of their own research on post-abortion trauma, as well as audio and video files of this panel discussion are available on the FRC’s web site (FRC.org) at this page: http://FRC.org/get.cfm?i=PL08J01. For more information, call the FRC at 800-225-4008 (toll-free) or 202-393-2100.

In 2008, the same year in which the APA claimed that there is no evidence that abortion causes mental health problems, two other studies were published that contradict the APA’s findings:

“Abortion and depression: A population-based longitudinal study of young women”

Dr. Willy Pedersen monitored 5,768 women between the ages of 15 and 27. These young women were questioned about depression, induced abortion and childbirth, family relationships and behavior problems, as well as education and work history. Pedersen, of the Department of Sociology and Human Geography at the University of Oslo, showed that young women who reported having had an abortion in their twenties were more likely to develop depression than their non-abortive peers. His study was published in 2008 in the Scandinavian Journal of Public Health.

This study, published in the December 2008 issue of the British Journal of Psychiatry, was conducted by David M. Fergusson, Ph.D. and his associates from the Christchurch Health and Development Study at the University of Otago’s Christchurch School of Medicine and Health Sciences in New Zealand.

According to the article abstract, “Data were gathered on the pregnancy and mental health history of a birth cohort of over 500 women studied to the age of 30.” Researchers found that “abortion was associated with a small increase in the risk of mental disorders; women who had had abortions had rates of mental disorder that were about 30% higher. There were no consistent associations between other pregnancy outcomes and mental health.”