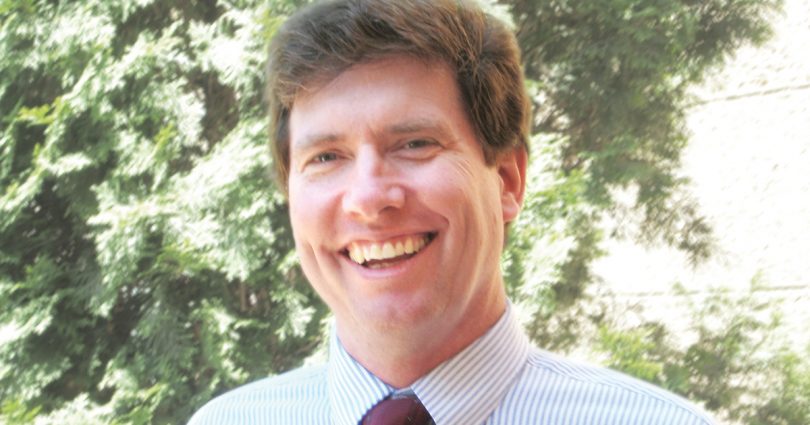 He speaks rapidly and can switch from subject to subject without missing a beat—whether it’s the latest research on the aftereffects of abortion, abortion-related legislation, the history of eugenics and population control, or any of the multitude of post-abortive women whose stories he’s heard in his three decades of advocacy on their behalf.

“He” is David C. Reardon, Ph.D., biomedical ethicist, founder and director of the Elliot Institute in Springfield, Illinois, and an internationally known expert on abortions aftereffects. Dr. Reardon has authored or co-authored five books on the subject, penned enough scholarly articles to fill a few more and has published a quarterly journal, The Post-Abortion Review, since 1992. “If the [abortion-recovery] activists have a Moses, it is David Reardon, whose 1996 book, Making Abortion Rare, laid out the argument that abortion harms women and that this should be a weapon in the anti-abortion arsenal,” said New York Times Magazine columnist Emily Bazelon (“Is There a Post-Abortion Syndrome?” January 21, 2007).

He began his foray into post-abortion advocacy after meeting Nancyjo Mann, who had suffered years of debilitating fallout—physically and psychologically—after submitting to an abortion at her mother’s insistence in 1974. When their paths crossed in 1982, Nancyjo had, at length, come to peace with her experience and had just started Women Exploited by Abortion to help other post-abortive women find healing as she had. WEBA grew rapidly as women contacted her from all over the U.S. and around the globe, seeking refuge and a place to share their painful stories as they struggled to rebuild their shattered lives.

Moved by this peer-to-peer grieving and support, Dr. Reardon put together a questionnaire to gather data about why these women chose abortion and how it had altered their lives. He thought it would be a one-time exercise, but God apparently had another idea. The results of that study became his first book, Aborted Women, Silent No More, published in 1987, the foreword for which was Nancyjos personal testimony. In the following year, the Elliot Institute was born.

Staffed by a mere three employees and funded by a small cadre of donors, the Elliot Institute pursues a three-fold mission of post-abortion research, education and advocacy. While the pro-life movement has largely spoken for the preborn child’s right to life over an expectant mother’s “right” to end her child’s life, the Elliot Institute combats abortion by also advocating for the other victims of abortion—with the conviction that the best interests of a mother and her child will always be inextricably intertwined.

An advocate for women

The damage to women is real, and comparing it to nuclear fallout isn’t an exaggeration. Post-abortion research conducted by Dr. Reardon and others shows that abortion is linked to a wide range of subsequent mental health problems, including debilitating grief, depression, substance abuse, panic attacks, sleep disorders, bipolar disorder and suicide, and it consistently shows that women who abort fare worse than women who carry their pregnancies to term. This holds true even in the “hard cases” where the preborn child showed fetal anomalies or was the result of a sexual assault. The research also reveals another underreported and profoundly disturbing reality. Despite pro-abortion rhetoric about choice, rights and freedom, the majority of women who have undergone abortions didn’t want them but, like Nancyjo, were pressured or even forced by someone else. Ironically, they capitulated to abortion because they felt they had no choice, prompting the Elliot Institute to call abortion “the unchoice” (see www.The UnChoice.com).

Jill’s case (The Post-Abortion Review, Winter 1996) is typical of many. When she became pregnant at age 19, she wanted more than anything for her boyfriend to put his arms around her and say, “Honey, I can hardly wait.” Instead, he “wanted nothing to do with me. My boyfriend and my family insisted that there was no way out but to choose abortion. I was given no alternatives.”

The Elliot Institute’s 2010 Forced Abortion in America: A Special Report reveals that coercion often includes force. “A former abortion clinic security guard testified before the Massachusetts legislature that women were routinely threatened and abused by the boyfriends or husbands who took them to the clinics to make sure they underwent their scheduled abortions.” In some cases, force escalates to violence. Court records show that women who have “declined” the invitation to the abortion mill have been shot, strangled, stabbed, beaten and even pipe-bombed for refusing to abort their children.

Still, the violence, as abhorrent as it is, only damages the body. The emotional torment following abortion afflicts a woman’s heart and soul in a whole different way. Judith had been abandoned by her father, and endured incest, starvation and violent abuse as a youth. Those injustices she was able to endure. “It was the two abortions I had that nearly destroyed me,” she said (The Post-Abortion Review, Summer 1993). “When finally I stopped crying on the outside, I kept crying on the inside … I wanted to die … I wasn’t told that on the birthdays of my living children, I would remember the two for whom I would never make a birthday cake … My abortions were supposed to be a ‘quick-fix’ for my problems, but they didn’t tell me there is no ‘quick-fix’ for regrets.”

For some, death was the other option. The Forced Abortion report states, “The leading cause of death among pregnant women is homicide, and in many cases it is known that the violence happened solely to prevent birth.”

An ally for life

Though abortion, more often than not, is desired by someone other than the expectant mother, she is the one who lives most closely with the aftermath. Compassion for these women compels Dr. Reardon and his small staff to tell their stories, and educate the public about pre-abortion violence and post-abortion trauma.

The reaction from the abortion lobby, which views this pursuit as another front in a legal battle—and a threat to abortionists’ huge profits—is predictable. “It’s anti-choice dirty-play at its worst,” wrote Cynthia L. Cooper in Ms. Magazine (“Abortion under attack,” August-September 2001). She described focusing on abortions aftereffects as a “cynical pro-woman/pro-life scheme … honed by David C. Reardon.” And Bazelon’s epithet, “Moses,” while perhaps fitting, was dubiously applied, since she opposes his cause.

Despite opposition, Dr. Reardon believes that publicizing abortion’s negative impact is an essential part of ending abortion. “Information about how abortion harms women is one of the best ways of re-engaging the interest of the majority of Americans, who tolerate abortion but mostly just don’t want to think about it,” he said. In fact, these living victims of abortion are some of the most authoritative witnesses to abortion’s true nature. “No matter how uncomfortable it feels, we must get on our hands and knees so that they can use our backs to climb to a higher position where their voices will be heard by all.”

If we will become a platform for a post-abortive mother to say, “My baby died in that abortion and I was hurt by that abortion,” our advocacy can engage the hearts of the ambivalent majority. The tide can yet turnor even better—the waters part.

AfterAbortion.org: Extensive, documented information about abortions impact, a list of post-abortion healing organizations and resources, and The Post-Abortion Review.

TheUnChoice.com: Documented evidence of, and resources on, unwanted abortions and post-abortion risks.