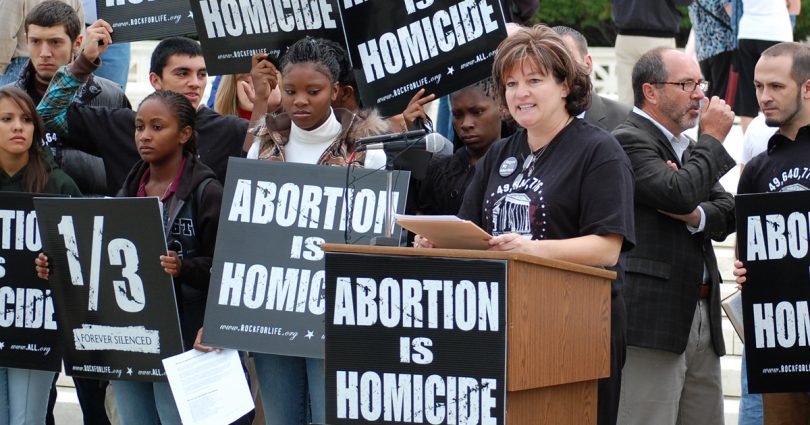 I grew up in a small town in Pennsylvania as the middle child in a family of five children. My parents were devout Catholics, and we were raised to be strong in our faith. I was a quiet child; much of my time was spent on my music studies, and I didn’t date much in high school. At age eight, I began playing the accordion and was eventually competing in local and state music competitions

Although I had a strong desire to attend a conservatory after high school, I decided to wait, and after graduation, I enrolled in a local school instead. Even though music was not part of my studies, it was still part of my life. I performed on the accordion at various events and joined a local band. Through the band, I was introduced to nightclubs, and I started to enjoy the nightlife. Despite being under age, I never had a problem entering a bar, because I looked older than I was and sometimes was recognized as a band member.

On one occasion, I met a young man and became involved with him. Over time, I came to believe I was in love with him and that he was “the one”—the man I would marry. I started to let those feelings take over and allow myself to lose self-control. I did not think about the dangers of crossing those boundaries, and in that moment, I lost that unique treasure from God.

After several months, I learned that I was pregnant. I was then about 19. I felt very confused about my future and very isolated. I was scared to tell my parents because I felt that I had disappointed them. I was worried about how my child’s father would respond to this news and wondered how this would affect our relationship.

When I finally got the courage to tell him, he revealed he did not want any part of being a father. I was devastated and felt even more alone in making this huge decision. This was the man I loved, the one I believed I would marry. He had expressed his love for me many times, so how could he not want our child?

In my despair, I turned to a local Planned Parenthood facility for information and advice. There was no real choice offered there— just abortion. Its staff took advantage of my distress, and I put all my trust in what I now know was a web of lies. At that time, I did not know and was not informed of the consequences of abortion.

Without my parents’ knowledge, they scheduled my abortion appointment, and only a couple of days later, the baby’s father and I went together to the killing center. I was about 12 weeks pregnant. As I was sitting in the waiting room, a desire to run rushed over me. When my name was called, I passed through a door and my life took a dramatic turn for the worse.

The abortion procedure was very painful physically. It felt exactly like what was taking place. I lay there as parts were ripped from inside me. I remember the sounds of the suction machine and the coldness of the room. I felt so alone. All I could do was stare at the wall, biting my lip and just trying to get through it all.

When the abortion was complete, I was directed to a room where other women were recovering from the same procedure. Silence blanketed the room and no one made eye contact. No one came to ask how we were feeling or offer any comfort. The only interaction between the medical staff and the patients occured when they came to dismiss us.

In the days and months following my abortion, I relived the procedure. I vividly remembered the sounds, my pain and the images of other women’s vacant stares. The full impact of my decision and its consequences were becoming clear. My relationship with the baby’s father dissolved quickly about a month afterward. Depression set in, and both my emotional and physical pain grew.

Alcohol and drugs became my comfort and escape from the pain. I developed a promiscuous lifestyle, to experience the feeling of being wanted again; yet deep inside, a bitterness grew and I became indifferent toward men. I found myself growing distant from the ones who loved and cared for me the most: my family and especially God. I became numb to my feelings and lost my self-respect. This was the darkness I lived in for several years.

I became so self-destructive that my mother and sister started to travel to various churches, asking priests and prayer groups to pray for me. My mother spent many sleepless nights praying for me. There were times when I felt God calling, but I refused to listen. I was ashamed of what I had done. How could God ever forgive me?

At the lowest point of my life, about seven years after my abortion, I heard God’s call once again. I realized that there was nowhere else to go; there was no other way for me to be set free. So when God extended His hand this time, I reached out for it. By His grace, I gained the strength to seek help. This gave me the hope I needed to begin to pull my life back together.

It was during these times that I met Brian, my husband of 18 years. He patiently and lovingly walked with me through the many challenges of my post-abortion trauma, both before and during our marriage. We have discovered that there is no problem in our marriage too great to overcome if we are truly committed to each other.

My journey out of darkness has been long and hard. Conversion and healing did not happen overnight, but I put my trust in God and let Him work in me. I experienced His forgiveness as He healed wounds so deep that only He could heal them.

God blessed and still blesses me with many wonderful people on this journey: the priest, the first person I went to for help, who held my hand as I wept and prayed; my mother and sister, whose countless prayers were answered; all those whom they asked to pray for me, whose voices were also heard; and the people involved in post-abortion healing programs, who helped me reconnect with my faith.

Even now, as we raise our family, I feel God’s presence and tremendous, unconditional love. He gave me the gift of my husband and our two beautiful children: Madeline, our 10-year-old, and Gabriel, our 16-year-old. After I shared my testimony and plans to speak about my abortion in public with Gabe eight months ago, he truly understands my past and what is in the depths of my heart.

His reaction was to be expected, but soon he overcame his initial shock:

If you knew my mother like I do, then you would never imagine that she would do something likethat. But then I also started to understand why she was such a big contributor to pro-life causes. I was a bit sad when I realized that I would have had an older living sibling, but I saw how sorry she was and how much she regretted what she had done, so I instantly forgave her… I support my mother’s work with Silent No More, because I think it will inform people of the horrors of abortion, and also inspire and influence many people. She has all of my support!

Gabe’s love and deep understanding have helped me to be a voice for those who are defenseless, as has my husband’s continuous support. Exposure and healing At the 2008 March for Life in Washington, D.C., I became aware of the Silent No More Awareness Campaign. I was moved by seeing the many women holding their “I regret my abortion” signs and speaking, and I have been involved since then (see sidebar). Even though I relive my experience each time I speak, my public speaking also brings me ongoing healing and a sense of peace. I have shared my testimony at various events, including American Life League’s Pro-Life Memorial Day, the March for Life and the 40 Days for Life campaign, and with several youth groups. I have been deeply touched by the overwhelming and loving support many have shown for me at these activities.

I will continue to tell the truth about abortion and the terrible impact it has. I have a responsibility to fight for those who have no voice, and to speak so that those afflicted by the pain of abortion— our mothers, fathers, daughters, sons, relatives and friends—know there is help, there is healing and that our God is a loving and forgiving God. I speak in honor of my child whose life I ended. And I will continue to be silent no more.

The Silent No More Awareness Campaign

The Silent No More Awareness Campaign is a joint project of Anglicans for Life and Priests for Life. As its web site explains, it is “an effort to make the public aware of the devastation abortion brings to women, men and their families,” in order to “make abortion unthinkable as every culture develops ways to help women and men embrace their preborn children.” The campaign also reaches out to victims of abortion and encourages them to seek post-abortion healing.

It was cofounded by Georgette Forney, president of AFL, and Janet Morana, executive director of PFL. SNM’s first year of participation in the Washington, D.C. March for Life was 2003. Forney suffered for 19 years after her own abortion experience at age 16, prior to finding peace through a post-abortion healing program. Morana speaks throughout the world and is frequently featured on television and radio.

According to its web site, the Silent No More Awareness Campaign raises awareness through the following means:

SNM also hosts and is involved in public events throughout the year. Upcoming events include participation in the National March for Life on May 14, in Ottawa, Ontario, Canada, and the 40 Days for Life fall campaign in Charlotte, North Carolina, starting on September 23.

For more information and to find the closest regional chapter, visit SilentNoMoreAwareness.org or call 800-707- 6635 toll-free.

Andrea C. Pearson writes from Leesburg,Virginia, and is available for speaking engagements.