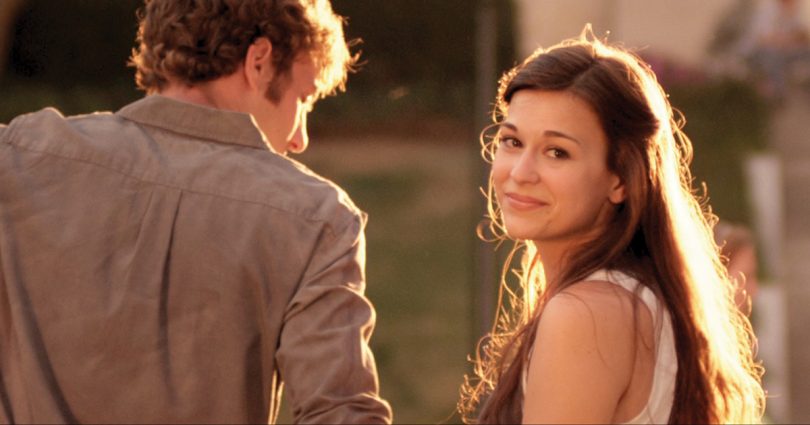 When brothers Jon and Andrew “Andy” Erwin decided, several years ago, to make a motion picture about an abortion survivor, as seen through the victim’s eyes, they had no idea where the journey would lead.

Though the Dove Award-winning music video directors/producers had extensive experience in the entertainment industry, they had never made a feature-length film, much less one that tackled a sensitive topic. In fact, the pro-life Erwins had just learned that abortion survivors actually existed. After they heard saline-abortion survivor Gianna Jessen share her story and her joy, their creative minds went to work. A documentary, they thought, would be too heartrending to watch, and they wondered what might happen if, instead, they made the story entertaining.

The making of a dangerous movie

So they stepped out in faith. “We were advised by a lot of people who worked in the industry to stay away from it, that it was too dangerous,” Andy told Celebrate Life. “But we were just passionate. It was a story that captivated us … we had to express it through telling the story. …

“We’re … very jaded by a negative, anger-filled message that sometimes has [been heard] on both sides of the aisle. My desire with October Baby was that we would get past all the politics … and start looking at it as a human issue, a human life issue, and be able to engage with it emotionally long enough to profoundly impact the audience’s opinion of life.”

According to Andy, October Baby’s message “is profoundly Christian.” Hollywood generally doesn’t see the light with faith-based movies, particularly those dealing with what it views as controversial topics. Not surprisingly, the Erwins met resistance from the outset.

But they wouldn’t take no for an answer. Working on a shoestring budget, they managed to prescreen October Baby in 14 theaters last fall in Alabama, Mississippi, and Tennessee. When audiences heaped praise on the movie, distributors finally took notice.

“At first, they didn’t quite know what to do with us,” he said. “They hadn’t really seen a faith film that was quite our style. … [But] they had never seen the audience respond in such a powerful way… I think that’s what changed their mind.” American Family Studios, Provident Films, and Samuel Goldwyn Films eventually came on board to provide distribution and financial backing on a larger scale.

The brothers’ perseverance was rewarded when October Baby debuted in 390 theaters nationwide on March 23. The independent film defied all odds during its opening weekend by posting the third highest per-screen average earning for movies opening on the same weekend, in competition with the overhyped Hunger Games, and ranked number 8 in the weekend’s top 10 movies for ticket sales and number 1 for limited-release movies. Cinemas were crowded in many areas, from coast to coast. The social media were abuzz with admiration and praise. By its fourth weekend it had opened in 220 additional theaters.

While secular critics mostly panned October Baby because they felt threatened by its content, moviegoers confounded the experts and gave it high marks. They recognized the quality of the work, the acting, and the value of its subtly delivered but powerful messages. It resonated with them as a compelling story of forgiveness, healing, the gift of adoption, and a profound father-daughter bond, rather than the atrocity of abortion alone. “The little movie that could,” as Andy put it, became a spring phenomenon that literally put a new face on life in the womb.

“On paper, there’s no way our film should be where it’s at,” he said. “But it continued to do what it’s not supposed to do. The percentage of films that are made every year that flop or don’t go anywhere is astronomical. And you add in the idea of the subject we chose—it just shouldn’t have worked.”

October Baby also garnered attention in ways the Erwins couldn’t have envisioned. On March 22, Alabama’s Rep. Robert Aderholt made a statement supporting the film on the floor of the U.S. House of Representatives. Governor Robert Bentley declared March 23 October Baby Day in Alabama, in part because it was filmed there entirely. And there were a number of interviews, as well as other broadcast and print stories in the national secular media—ranging from Fox News to National Public Radio.

A glimpse of the story

In the film, Hannah (Rachel Hendrix), a beautiful 19-year-old college student, learns from her loving but protective parents, Jacob and Grace (John Schneider, of Dukes of Hazzard fame, and Jennifer Price) that she had been adopted after surviving an attempted abortion.

Emotions roil inside her, and she is determined to find answers to questions raised by these revelations. With the encouragement of lifelong friend Jason (Jason Burkey), Hannah goes on a road trip with several other kids in an old van driven by B-Mac (former American Idol contestant Chris Sligh) to find her birth mother. Along the way, there are funny moments and missteps, which help balance out the film’s heavy subject matter.

When Hannah reaches her destination, she is led to Mary (veteran Hollywood actress Jasmine Guy), the nurse who was present for the failed abortion and Hannah’s birth. Their meeting is among October Baby’s most gripping moments. “It’s a very risky role for her,” Andy pointed out, “but the way that she played it was more heartwrenching than polarizing.

“It was important to us that none of the characters be portrayed as villains. The villain in the story is the abortion industry itself, and the pain and tragedy and lives it wrecks on both sides. It’s the people we wanted to portray as broken.”

Mary reveals to Hannah that she had a twin brother who died shortly after birth as a result of the abortion procedure. Later, Hannah meets her birth mother, Cindy (Shari Rigby). Unbeknown to the Erwins when they offered her the part, Shari’s real-life story bears an uncanny resemblance to that of the character she portrays. Twenty years earlier, she’d had an abortion and had lived with the secret ever since. Only after reading the October Baby script did her emotions bubble to the surface. She called the brothers and asked, “How did you know?” “We said we honestly didn’t,” Andy recalled.

While the credits are rolling after the film, Shari recounts her true story. She has become a spokesperson for Surrendering the Secret, an international post-abortion healing ministry for women.

In her first major movie, Rachel Hendrix gave a remarkable performance as Hannah, the lead character. She seemed pleasantly surprised by October Baby’s impact on the viewing public. “We’ve had so many incredible experiences in just talking to people who’ve seen it and said, ‘I’m an abortion survivor,’ or ‘I just found out I’m adopted.’ The movie speaks to experiences people are having.”

Similarly, Andy reports they’re hearing stories of women opening up for the first time to share the pain of past abortions. And in a short video the Erwins released after opening weekend to thank supporters, Jon commented, “I’m grateful, when I go on Facebook and I see all these comments, of lives being changed and hearts being touched. … people that are finding healing in the movie.”

Forgiveness and healing are central to the film. When Hannah, a Baptist, visits the Catholic cathedral where Grace, her adoptive mother, had prayed after miscarrying her own twins, a priest counsels her to forgive and move forward with her life.

“You’re holding yourself back when you let hurt and bitterness and anger have a part of your life that you shouldn’t,” Rachel explained. “In the film, it’s showing that part of the human condition where we let go of things that are aren’t fair, and we’ve been treated unjustly and still forgive anyway.”

The Erwins chose the cathedral for multiple reasons. “The beauty of the church disarms people on a secular level,” said Andy, a Baptist. “It keeps them engaged with the message.”  They also wanted to reach out to people of all faiths who share a zeal for protecting the sanctity of life and show respect for the Catholic Church’s tireless pro-life work. “They way they have championed the cause of life over the years, I’m deeply grateful for and I deeply admire. I think it’s time to stand up and applaud.”

And for some, it’s been a time for re-evaluating their perception of abortion. Rachel said, “I think it [October Baby] will save lives. I think it already has. People [are] saying, ‘I’m pregnant and I’m not going to have an abortion now.’ My hope is that it starts dialogue and is able to break down some walls, break down prejudices.”

In their post-release video, the Erwins also reported that the film’s Facebook page received comments “about people … making choices that maybe they wouldn’t have made—girls that have … chosen to keep their child as a result of the movie.” The Facebook page also features this post by John Schneider, (Hannah’s father): “Just got off the phone with two friends … Here is what they both said to me after seeing October Baby: ‘We were both pro choice before we went in… we are both pro life now!’”

After an early screening, a self-described “pro-choice” atheist told Andy she disagreed with the movie’s premise. However, she also said, “I can’t deny the person in your movie was a victim. I don’t know what to do with that. And it really forces me to rethink what I believe.”

Every Life Is Beautiful

Brothers Jon and Andrew Erwin are walking their movie’s pro-life “talk” by launching Every Life is Beautiful. The project’s website explains, “October Baby will remind moviegoers that every life is beautiful. As it does, the movie will open eyes and hearts to the sanctity of life. Through partnerships with pregnancy resource centers, ministries that serve the needs of women who regret past decisions, and families looking to adopt or foster children, there are great resources available to help you or a loved one.”

They have enlisted celebrities to help promote the Every Life Is Beautiful Fund, which is donating 10 percent of the movie’s profits to organizations involved in crisis pregnancy assistance, post-abortion healing, adoption, and orphan care.

The websites for the movie and the fund link to extensive information on pro-life ministry resources (including a Catholic resource page), partner organizations, abortion facts, and ideas and resources for promoting the pro-life message in churches.