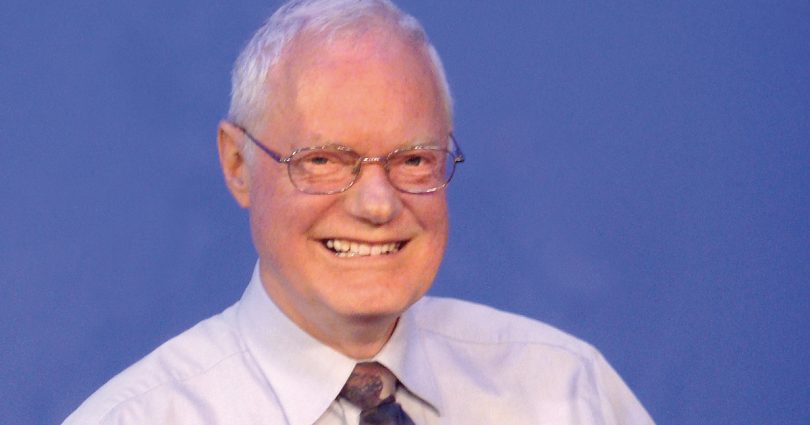 The life of Dr. Grant Clark, of Depoe Bay, Oregon, calls to mind Saint Augustine’s words: “Our hearts are restless till they rest in Thee.” Decades ago, just a few years after finishing medical school, he began committing abortions. He only recently broke his silence about that dark chapter in his long medical career, because, he explained, “What the Lord has put me through … was gradual. … It takes courage to admit you were a murderer.”

The subversion of high ideals

Dr. Clark grew up near Eugene, Oregon, as the sixth of 10 children. His father, a pastor and grade-school teacher, baptized him in the Willamette River at age 10, and he was raised in the Church of Christ. As a child, he met many of his mother’s relatives who were missionaries in Africa. “My mother suggested [becoming] something that would be helpful in the mission field,” he recalled. Because his relatives often described their difficulties in providing medical help for the people they served, he decided he could be most useful to the foreign missions as a doctor.

Dr. Clark graduated from medical school at the University of San Francisco in 1965. Abortion was decriminalized in California when Governor Ronald Reagan signed the Therapeutic Abortion Act in 1967.While practicing as a family doctor in Eureka, he began taking courses on abortion given by Planned Parenthood in nearby San Francisco. He was influenced by Planned Parenthood’s propaganda, which presented decriminalized abortion as a boon for women and children, because according to PP, he said, it would be “better than back-alley abortions, it would be for women’s safety, and if there [were] no unwanted children, there would be no abuse.”

Dr. Clark began committing abortions in 1970, at the county hospital in Eureka. He was on salary, rather than getting paid for each abortion. His story shatters the myths that portray abortion as respectable, morally legitimate medicine that liberates women. And it reveals that abortion ruins a doctor’s profession in myriad ways.

“I never maintained the doctor/patient relationship; they avoided me,” Dr. Clark disclosed. “Women didn’t like it [abortion] afterwards; it brought them no joy.” And just as one wouldn’t trust a practitioner of euthanasia as a geriatric doctor, a patient wouldn’t trust a family doctor who was also an abortionist to care for their children, he pointed out.

“It [committing abortions] cheapened my value of human life,” Dr. Clark continued. “It made me look down on pregnancies. … My enthusiasm to save people dropped down. … It’s grotesque. Counting baby parts is nauseating.” He said he never liked committing abortions and was eventually disgusted enough to try talking his patients out of them.

There were also negative consequences for Dr. Clark’s professional relationships. His decision to commit abortions divided him from other doctors and nurses, because many doctors have a low opinion of abortion and those involved in it, he said. “Those who don’t do abortions are emphatic about it,” he commented. “… Abortionists are being isolated from the rest of medicine.”

Two harrowing experiences turned Dr. Clark away from abortion forever. Part of his grisly trade included committing second-trimester saline abortions. In one case, the baby’s age had been misidentified because ultrasound technology wasn’t used at that time. She was, in fact, at eight or nine months of gestation, and lived for a couple of hours after the abortion. Dr. Clark recalled, “I examined the baby and could not believe that the poor little thing could be alive. No treatment could have saved the baby from death… The dying baby was lying next to her mother in bed. I felt horrible and resolved never to do another salt solution abortion again.”

However, another traumatic experience occurred soon thereafter. One patient’s examination “showed only a normal pregnancy of about three months,” Dr. Clark recalled. He presented alternatives to abortion to her, but she refused to consider them. “Later, at the abortion, she only had dead fetal tissue found on the examination of the material by me and by the laboratory. I told her that she had already had a miscarriage and I had only cleaned out the dead tissue.”

However, several months later, the woman gave birth to a live baby and placed the child for adoption. She then sued him for child support. Dr. Clark explained, “I went over the case with my lawyer… He advised me to offer her $2,000 if she would drop the whole case. She did. … I felt the whole thing was wrong.” He continued, “I wanted to argue in court that the ‘pain and anguish’ she suffered by having a normal child delivery is the normal outcome of a normal pregnancy, and I had in no way increased that pain or anguish. I wanted to especially argue the complete unfairness of suing me for 18 years of child support for a baby she had adopted out. The lawyer advised me to leave it alone and go on with life, but it was the final straw and the last ‘abortion’ for me.”

Saved by the Truth

While he was still committing abortions, Dr. Clark began reading the Bible in earnest—a “dangerous” activity for an abortionist. He was particularly struck by Jeremiah 1:5: “Before I formed you in the womb I knew you, before you were born I dedicated you, a prophet to the nations I appointed you.” Likewise, he was struck by the fact that prophets such as Samuel and Saint John the Baptist were chosen by God for special missions before they were born. He remarked, “These [preborn babies] are people with names and souls, and I was murdering them.”

Over time, Dr. Clark also saw the contradiction between being his lifesaving mission as a doctor and taking lives as an abortionist. The inconsistencies grew clearer to him as he grew in his faith.

Dr. Clark stopped committing abortions in 1972—a year before two tragic U.S. Supreme Court rulings decriminalized abortion nationwide. After he renounced abortion, he responded to an advertisement for a position as a family doctor in the small town of Benton in a quiet corner of rural Pennsylvania—far removed from the traumas he had experienced as a West Coast abortionist. He had planned to stay in the area for only a year, but ended up staying for more than two decades and also helped pioneer a new Christian faith community there. After retiring from private practice, he worked in the prison medical system a number of years.

In the years after he stopped committing abortions, Dr. Clark achieved his original career goal: working as a doctor for foreign missions, in such far-flung places as India, Egypt, Kenya, Costa Rica, the Dominican Republic, Haiti, and Panama. He has found these experiences challenging, rewarding, and inspiring: “I have learned to be creative in using medicines I had, for diseases they weren’t primarily designed to treat, especially on the last days of a clinic—when medicines were running out. … I learned to be flexible and teach my fellow team members to be flexible too. One cannot cure everything, but one can always do some good. One can always pray God to do what I cannot.”

Still, Dr. Clark feels his many good works can’t compensate for his past: “There was no atonement for the abortions with good deeds. None of them would bring back to life the children I had killed. Only direct and continual forgiveness by Jesus could do what was needed in my life.”

Dr. Clark also entered into deep reflection on his life. “I suppressed it [his involvement in abortion] because I was ashamed… [But] I was convinced by the Lord it was valuable to let others know.” And he asks, “Have you heard a sermon on abortion? [If not,] I want to change that.” So, he is now an evangelist for life and has recently begun speaking out on behalf of the preborn. His public appearances thus far have included pro-life groups in Oregon and Pennsylvania.

Dr. Grant’s testimony is powerful because it reveals abortion’s enormous damage to the heart, mind, and soul of an ordinary, well-intentioned doctor, and also reveals that soul-searching, honesty, and openness to God bring healing.

But while Dr. Clark has gone from committing abortions to denouncing them, he has watched the country go in the opposite direction. In 1973, Roe v. Wade and Doe v. Bolton decriminalized abortion nationwide throughout all nine months of pregnancy for any reason, and health care “reform” now violates conscience rights and religious freedom. Dr. Clark also fears Obamacare will “bring down expectations in medicine” and “cheapen the level of care in America.”

Like Saint Luke the Evangelist (also a physician), Dr. Clark affirms the personhood of preborn children. It is in Saint Luke’s Gospel that Saint Elizabeth proclaims to the expectant Virgin Mary, “Blessed are you among women, and blessed is the fruit of your womb! For behold, when the voice of your greeting came to my ears, the babe in my womb leaped for joy” (Luke 1:42, 44). Saint John the Baptist recognized the preborn Jesus as the Messiah before either was born. Dr. Clark, too, has come to that realization, and that has made all the difference.