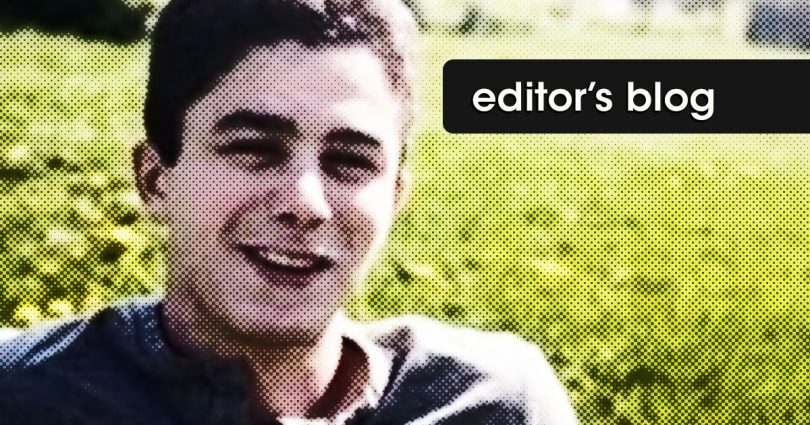 On July 1, a young man—just 20 years old—was riding Chicago’s elevated train home from an internship job when a stray bullet from outside the train hit him in the neck.

Max Lewis did not die right away. He survived and was taken to the hospital, where doctors discovered “catastrophic damage.” Max would now be a quadriplegic and on a ventilator for the rest of his life.

However, Max was alert, and he apparently indicated through eye movements that he did not want to live under those conditions. He spelled this message out on a letter board: “If I have to live like this, pull the plug please. Seriously.”

And so his family acted according to his wishes.

I know that this tragic story likely breaks the heart of every person—especially parents—reading this. Here was a young man doing nothing dangerous, nothing illegal, nothing wrong. He was just in the wrong place at the wrong time. And an act of senseless violence led to his death.

This could have happened to anyone. And that thought should bring us to our knees.

Yet, as we contemplate a life so tragically lost, we must assign blame where it’s due—to the culture of death that has gripped our nation.

First and foremost, his death is the responsibility of the unknown assailant who recklessly discharged a weapon, which led to Max’s severe injury. We may never know who it was or what that person was doing or who was the intended target. But we do know that the person had a wanton disregard for life. If not, he would not have fired a weapon where anyone could have gotten hurt or killed.

But some of the blame also goes to a culture that stigmatizes disabilities and considers people as “burdens” if they are reliant on others.

We can see that mindset in some of the comments below the article.

One person said: “A brave and courageous decision by the 20-year-old young man. However, he had no other choice.”

Another said: “What he did took so much courage and love for his family.”

It’s horrendous, isn’t it? They are calling his decision to die brave and courageous. They say that he did it out of love for his family—which intimates that he felt he would be a burden on them.

The articles about Max’s condition do not go into great detail, so there’s a lot we don’t know. Depending on the case, a ventilator can be either an ordinary or extraordinary means of care for a patient, and we are not obliged to accept extraordinary care. But neither can we hasten death.

However, it’s not just Max’s specific case that we must look at as we contemplate the culture of death but the group think of a society that believes that people would always be “better off dead.”

But there is also no doubt that this injury did not make his life any less valuable than it was before he was shot.

People don’t seem to understand or believe that. And that makes the initial tragedy even sadder.

This terribly heartbreaking situation for both Max and his family should never have happened. But in our increasingly violent world, more and more incidents like this do happen.

That is why we must work hard every day to change the mindset of the culture of death. We must teach people to value all human beings. And we must do so at every level—in the home, in communities, and in politics.

All human beings have value.

This thinking destroys human beings. It destroys families, and it destroys society.

Life is a gift—one we should be thankful for every day.

People who are suffering from an illness or a disability need compassion, mercy, joyous assistance, and love.

That is what the culture of death doesn’t understand.

And that is why we must teach them.