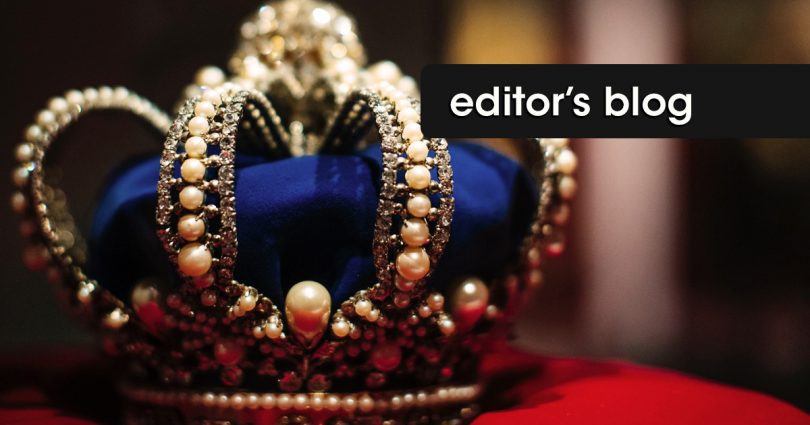 The book of Judges ends with these words: “In those days there was no king in Israel; everyone did what was right in their own sight.”

I read that a few days ago and thought to myself how very much it sounds like today. Though in today’s vernacular people would say “You do you.” Meaning, As long as you don’t bother or hurt me, you can do whatever makes you happy.

This attitude is akin to Pontius Pilate washing his hands of all responsibility and allowing the crowd to make the heinous decision to release a murderer.

Our society, too, is washing its hands of responsibility. It’s trading the virtues of care, compassion, and love for others with vices that allow the destruction of the human person.

This moral relativism—the belief that there is no universal truth and that everyone has his own truth based on what he thinks and feels—has become increasingly prevalent the last several years, and it’s getting worse as the days go by, especially now with a president who claims to be Catholic but who does not adhere to Catholic tenets.

We see this moral relativism in threats against life, such as abortion and euthanasia. We see it in promulgation of dangerous birth control and in liberal sex education in schools. We see it in the transgender movement, where youth are encouraged to mutilate their God-given bodies. And woe to anyone who takes a truly moral stance in defense of Christ’s teachings and of His beloved children. That person will now be branded prejudiced or narrow minded.

So yes, in today’s world, many are doing what is right in their own sight.

The problem with this is that the “you do you” mentality is based on selfishness, immorality, misunderstandings, and outright lies. This mentality is destroying us as people and as a country.

This is what happens when we think we can do everything ourselves and that we don’t need God, when we tell Him we don’t believe in Him, when we shun Him, when we scoff at His words, when we thwart His design, and when we forget all the blessings He has given us.

As we ponder how we got here, we must reach the understanding that it’s a result of the slow erosion of the family and of family values. Parents and schools do not teach values. Children learn more on the Internet than from the pulpit or religious ed classes. Families have broken down, parents are absent, and many children have no one to guide them. They go searching for answers that make them feel “good,” but they have not been taught that you cannot find the right answers in a society that has washed its hands of you. You can only find the right answers in a God who cherishes you.

Those who don’t believe in God think this is rubbish. They laugh at people who let their faith guide their actions. And those who have only a cursory belief misunderstand God’s mercy and mistake it for tolerance. Furthermore, many don’t want to be restrained by religious laws that hold them back from doing whatever they want. Religion is too hard, they say.

Yes, it is hard. Christ never said that following Him would be easy. And sometimes His answers aren’t the ones we want. Oftentimes, His answers make us uncomfortable—not because of what He’s asking, but because of our lack of desire to do what He’s asking. So, many people just give up. They’ve been conditioned to believe that, when something becomes too hard, it’s okay to abandon it. After all, they think, I’m “just doing me.”

But we are a society of people who need each other. We cannot thrive and grow if we are barely surviving day after day, each person living his own life and not caring for those around them. And we will never thrive as a society if we keep killing our brothers and sisters.

If we look at the state of our country today and feel hopeless, we must remember that God is our hope, and to Him we must cling. As Christ taught His disciples: “In the world you will have trouble, but take courage, I have conquered the world.”

Christ’s death on the cross proved that he has overcome all evil and all sin, but that does not mean there aren’t difficult times ahead. Like Israel, our country has spent too long denying Him and pushing Him away.

Many people have washed their hands of Him, but we know He has not washed His hands of them.

That is why we must take steps to effect change and to turn people back to Christ. We educate, we evangelize, and we love.

And we do what is right in God’s sight, not our own.