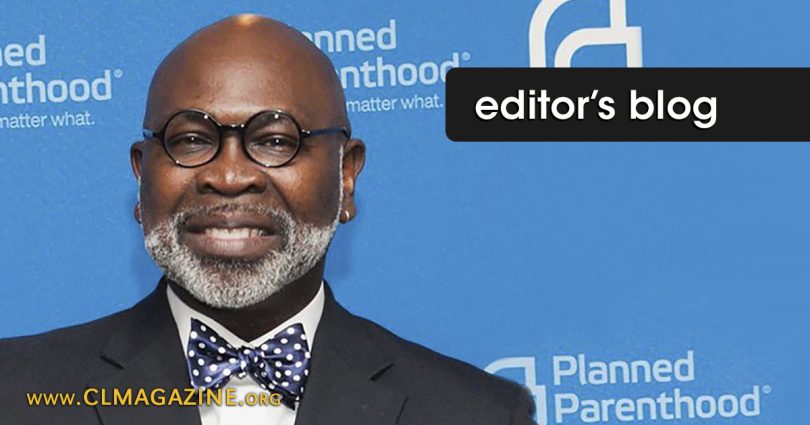 Planned Parenthood loves trotting out Willie Parker M.D. The organization even bestowed the 2015 Margaret Sanger Awardon him for “his unwavering commitment to the reproductive justice movement and his dedicated career providing abortion services to women in Mississippi and Alabama — some of the harshest states for abortion access in the country.”

If you do not already know, Willie Parker is a self-proclaimed Christian who argues that his Christian faith compels him to help women by aborting their children. The recipient of the 2015 Margert Sanger Award stated: “I didn’t choose to become an abortion provider, the need for the services chose me. Whereas some people have to become comfortable providing abortion care once they realize the need, I became uncomfortable not providing it when I realized what women face.”

PP loves Willie Parker not only because he is an abortionist who is simpatico to PP’s mission, but also because he provides PP with an example for coaxing Christians into believing that their faith is compatible with everything PP.

Sadly, another example for coaxing Christians into believing that their faith is compatible with abortion has recently emerged. Rebecca Todd Peters, an ordained minister in the Presbyterian Church as well as a professor of religious studies at Elon University, has recently published a book entitled Trust Women: A Progressive Christian Argument for Reproductive Justice.

Peters discussed her book with The Nation where she discusses various items such as her penchant for making up terms like “prenate,” which is an attempt to recognize that mother’s seldom use the term “fetus” to refer to their children in utero, while simultaneously avoiding calling a preborn child a “baby” (an obvious no-no for a pro-abort).

When asked: “What’s missing in the way we talk about religion, and Christianity specifically, in the context of reproductive rights?” Peters answered: “The dominant narrative is that Christianity is opposed to abortion…That’s one of the reasons I wrote this book, is to try to lift up a counter-narrative, because there’s a very strong counter-narrative, and there are many Christians who are pro-choice.”

I am not sure about there being “many Christians who are pro-choice,” as I think the majority of practicing Christians understand that abortion is a grave insult to the Lord, the Giver of life, and thus morally reprehensible. Nevertheless, it is not a question of “narratives” and having “conversations,” it is a question of authentic Christian teaching. The Church has taught, teaches, and will always teach the following on abortion:

Since the first century the Church has affirmed the moral evil of every procured abortion. This teaching has not changed and remains unchangeable. Direct abortion, that is to say, abortion willed either as an end or a means, is gravely contrary to the moral law (CCC 2271).

There is no such thing as a progressive “Christian” argument for reproductive justice. Peters’ SJW version of Christianity is no Christianity at all. Sure, she is free to write books entitled Trust Women under the guise of a believer, but as for actual Christians, we will continue to oppose the evil of abortion and Trust God.