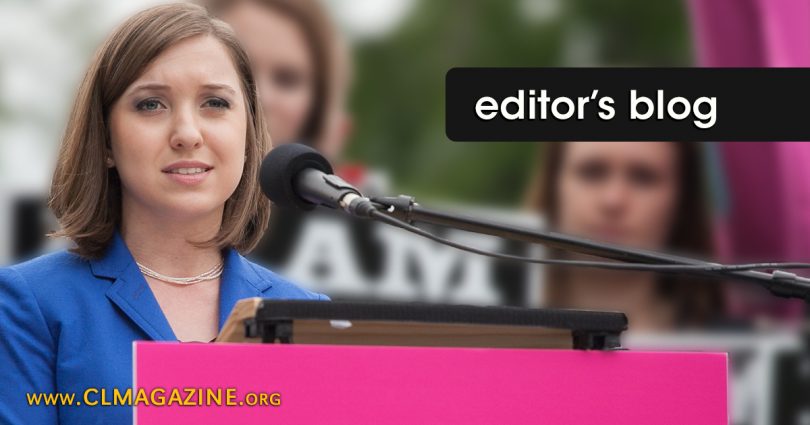 “We cannot sit around while Planned Parenthood slaughters the most innocent human beings among us” (see here).

On April 26, 2017, pro-lifers rallied on Capitol Hill before delivering 197,000 baby socks to House Speaker Paul Ryan’s office in a SFLA campaign known as “Sock it to Planned Parenthood” (#Sockit2PP). The number of socks represent the number of children Planned Parenthood kills every seven months.

Emily Brown, director of our Life Defender’s program, was one of the speakers. She reminded us that we cannot be idle in the face of so much human slaughter. We must act.

“Today we’re sending a clear message to Congress that enough is enough,” she said in her speech. “We cannot sit around while Planned Parenthood slaughters the most innocent human beings among us” (see here).

Emily is right. We cannot be callous or indifferent towards an organization that viciously ends the lives of over 300,000 preborn children every year while receiving roughly $500 million dollars of our tax money annually.

Listen to Emily in her own words: