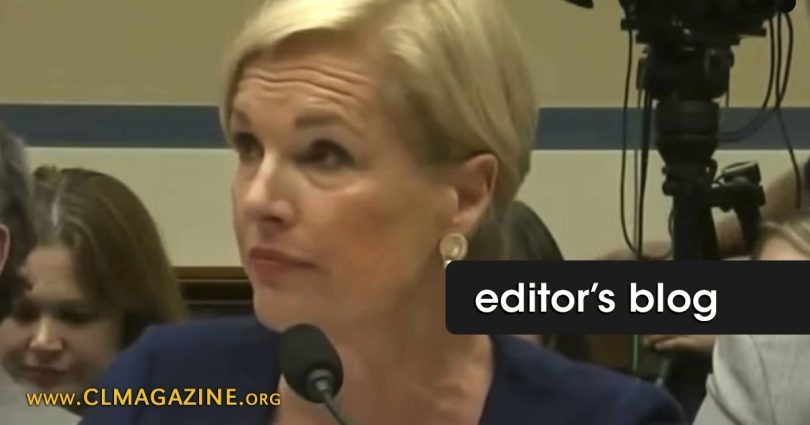 Among its many lies, Planned Parenthood still continues to tote its 3-percent nonsense. The organization continues to lie about how abortion accounts for only 3 percent of its operations.

On 29 September 2015, PP’s president Cecile Richards testified under oath before the House Oversight and Government Reform Committee and reaffirmed PP’s 3 percent nonsense in a little segment I like to call “liar, liar, pants on fire.”

If lying actually caused one’s pants to ignite, then Cecile’s performance here would have caused Burger King to lose its monopoly on flame-broiled whoppers.

Rich Lowry gives an excellent analysis of this 3-percent lie in the New York Post. What I find particularly odd, however, is not that PP constantly lies—that’s as plain as the sun is bright—but why, as Lowry astutely observes, “[t]he nation’s premier provider of abortions doesn’t want to be known for providing abortions” (see here)?

PP is so proud to offer abortion on demand as a part of its alleged reproductive healthcare, but wants to be perceived as barely offering the procedure.

Who is PP trying to fool…and why? Think about it.