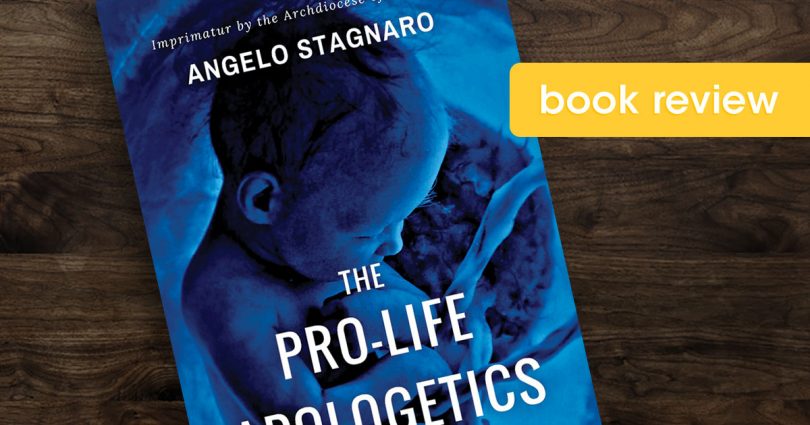 Increasingly, in modern times, it seems that truth is either being twisted or arguments are being constructed against truth by those who prefer convenience and need to rationalize their convenient lifestyles. Those who seek convenience over truth have created arguments that can fool even the most educated individuals. This is certainly the case with arguments in favor of abortion. Long before Roe v. Wade, many pro-abortion arguments have been compiled to ease the consciences of those who choose a convenient life over an upright one. Since Roe v. Wade, these pro-abortion arguments have only increased. Thus, even for the most intelligent Catholics and pro-life advocates, navigating through these deceitful arguments can become tricky without having some help in deconstructing them.

Angelo Stagnaro breaks down every pro-abortion myth imaginable. He deconstructs the faulty reasoning and points out many inherent contradictions. The Pro-Life Apologetics Manual cuts straight to the chase as Stagnaro distinguishes between the facts concerning abortion from the lies pushed on society by pro-aborts based on logic, philosophy, theology, history, and science.

For example, Stagnaro uses simple reasoning to deal with “Myth 54: I have nothing against babies. What do you have against women having the right to choose?” He points out the inherent contradiction as follows: “It is a wonder that people cannot see the obvious inherent contradiction in their words. Then the argument is deconstructed, we find the following structure: ‘I love babies and I want the right to kill them’” (p.113).

Stagnaro does not stop there, however. He offers arguments and alternatives to other contemporary threats to life, such as contraception and genetic screening.

The Pro-Life Apologetics Manual appeals to a broad range of pro-lifers with easy-to-understand arguments that lead to hard-hitting truths. It serves as both a reference on which the most educated pro-lifers can fall back as well as a starting point for new pro-lifers to learn everything from the basics to the subtleties. It is an essential resource for all pro-lifers and will fill in many gaps when defending the pro-life cause.

Catholics can rely on the points Stagnaro puts forward throughout the book with confidence, since his book has received a Nihil Obstat and an Imprimatur from the Catholic Archdiocese of New York; in other words, the book does not contradict Catholic teaching on faith (doctrine) or morals (morality).

Finally, a single book that pro-lifers can use to defeat many pro-abort lies with ease. Stagnaro has provided the community not only with a good read, but with a pro-life resource that can be continually referenced in times of confusion or when searching for the proper rebuttal to a pro-abort lie. Let’s hope that some from the so-called “pro-choice” movement read this manual and finally realize the many errors that plague their untenable position!

Shannon Connell is a physician assistant in New Jersey. Her training in medicine has made her all the more passionate about the dignity of the preborn person. She is passionate about her faith, pro-life topics, and helping others holistically in recognition that the human person is both body and spirit.