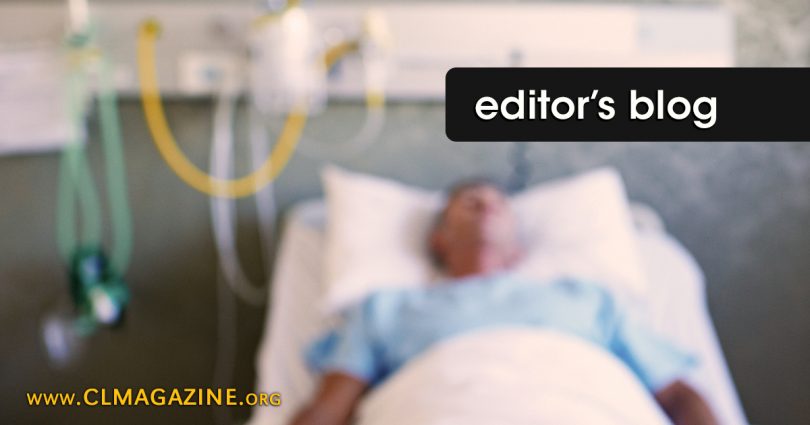 The push for legal euthanasia has yet to be put out of its misery. As of June 17, 2016, Canada has joined the list of countries in which physician assisted killing is legal (see here). The laws and distinctions between these countries—and five US States (Washington, Oregon, Vermont, Montana, and California)—vary, but the underlying reality is the same.

The ongoing campaign to legalize euthanasia elsewhere and make the practice seem like compassionate healthcare has led advocates to refer to the push for killing as “aid in dying” (see here). Apparently, discussing euthanasia (eu=“well” or “good” thanatos=“death”) now requires euphemisms (eu= “well” or “good” phēmē = “speaking”); you see, it is all “well” and “good” and everybody should accept “aid in dying” as mainstream compassionate healthcare. Clearly, this is malarkey.

A former New York attorney general, Dennis C. Vacco, notes that if these advocates for “aid in dying” really cared about the terminally ill, “then they should put their resources towards reducing the pain, suffering and depression of terminally ill individuals rather than passing a law that adopts physician-assisted suicide as accepted medical practice with the real potential of exposing the poor, the disabled and the elderly to greater risk” (see here).

If you think Vacco’s analysis is incorrect, consider the Netherlands, which was the first country in the world to legalize euthanasia in 2000. Since 2005, ethicists and transplant specialists have mixed euthanasia and organ donation with roughly 40 people. Some doctors in the Netherlands are now seeking to increase organ transplant rates by “encouraging euthanasia patients to donate” (see here). So, as you can see, the potential of exposing some to greater risk has already become a reality in some places.

Another possibility is using “aid in dying” to cover up medical malpractice. If you don’t think that occurs, then read Mabel Ryan’s article, “Euthanasia—Our Story,” which recounts such an attempt. Fortunately, Mabel had support and was able to thwart the sinister efforts. Make sure to read her fascinating story.