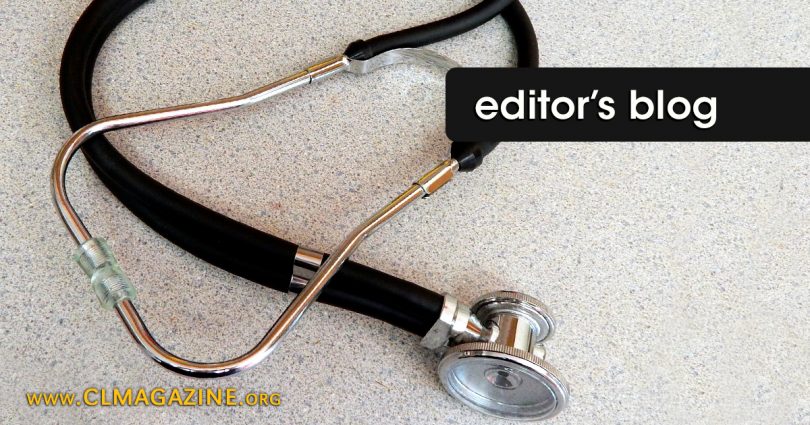 About a month ago, one of our Twitter followers was debating with an OB/Gyn who commits abortions. I entered the conversation by asking this OB/Gyn-Abortionist some simple questions. (I have blocked out said person’s name to protect anonymity—let’s call her “Sally”).

Here is the exchange: 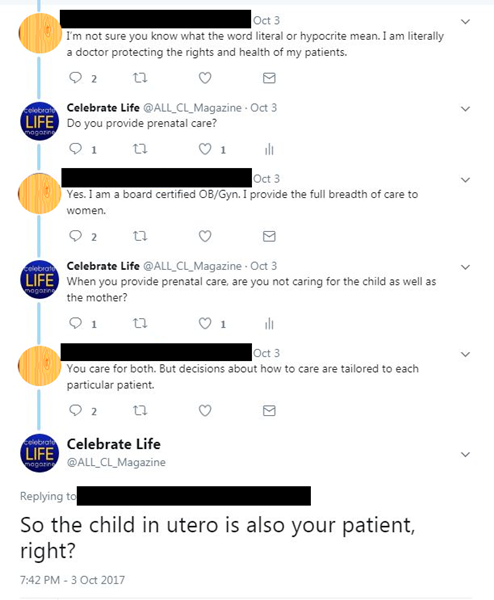 For a month now, I have been waiting for Sally the OB/Gyn-Abortionist to answer that last question. I have yet to receive a response.

Sally was quick to let me know her credentials, but quickly disappeared when a series of logical questions exposed the nonsense she was tweeting to defend her schizophrenic version of “healthcare.”

Based on many conversations like these, I am convinced that abortionists and abortion advocates know deep down exactly what they are doing and what they are advocating. This is one of the main reasons why they always try to invent words and slogans that bypass ordinary language and obfuscate the obvious…and why they are so easily triggered or silenced by such simple questions.