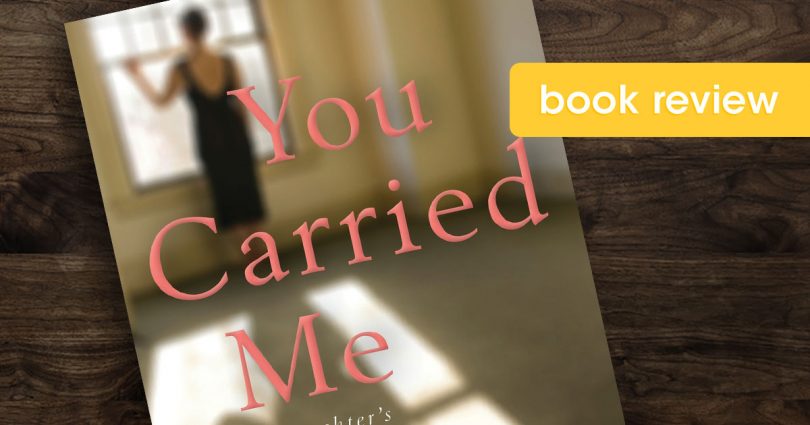 I was a child of God and that meant I was never—
not even for a second—unwanted. —Melissa Ohden

A passionate fight between her and her pregnant sister resulted in words that changed 14-year-old Melissa Ohden’s life forever. “At least my parents wanted me,” shouted Tammy. Though the two were adopted into a happy family, only Melissa had survived a late-term saline abortion.

In 1977, five days after the saline infusion, Melissa was delivered alive to a 19-year-old mother and left on a table to die at St. Luke’s Hospital in Sioux City, Iowa. Weighing 2 pounds, 14.5 ounces, she suffered jaundice and respiratory distress after several days of exposure to the toxic salt and Pitocin solution. Transferred to the NICU, Melissa flourished and was eventually adopted. She experienced a normal childhood with none of the physical or mental disabilities expected of an abortion survivor. Forty years later, in her debut book, You Carried Me—A Daughter’s Memoir, Melissa chronicles the story of her survival and how she learned to heal and forgive.

Melissa speaks of her spiral into drugs, alcohol, and sex—what she calls an “unholy trinity” of coping mechanisms to deaden her pain and self-hatred upon learning she was nearly aborted. Slowly, God’s grace and healing began to shine through and she started looking for her birth family.

Searching for a decade without success, Melissa finally located her birth father and wrote him, offering forgiveness, but learned he had passed away. Thankfully, his family found her letter that opened the door for a relationship with her grandfather and great-aunt.

Her birth mother proved more difficult to locate and throughout her quest, Melissa married, had a child, a devastating miscarriage, and a second child with significant health concerns.

After 16 years of searching, Melissa found her birth mother and learned that she was forced to undergo the abortion procedure. Melissa’s aunt, her birth mother’s twin, tried to help the pregnant 19-year-old escape during the procedure.

After years of trying to piece together the puzzle, Melissa finally received an e-mail from her birth mother. “Dear Melissa,” she wrote, “Thirty-six years ago I was robbed of you. How I wish things could have been different.”

Melissa finally learned the truth about the abortion attempt and her birth. For 39 years, her birth mother believed Melissa had been aborted, as Melissa’s adoption was arranged without her birth mother’s knowledge.

Melissa makes a compelling statement against abortion as she shapes the inner pain she dealt with trying to cope with the idea that her biological family did not want her and attempted to end her life. Her story highlights God’s grace and mercy, which carried her through this trial to become an effective speaker in the pro-life movement.