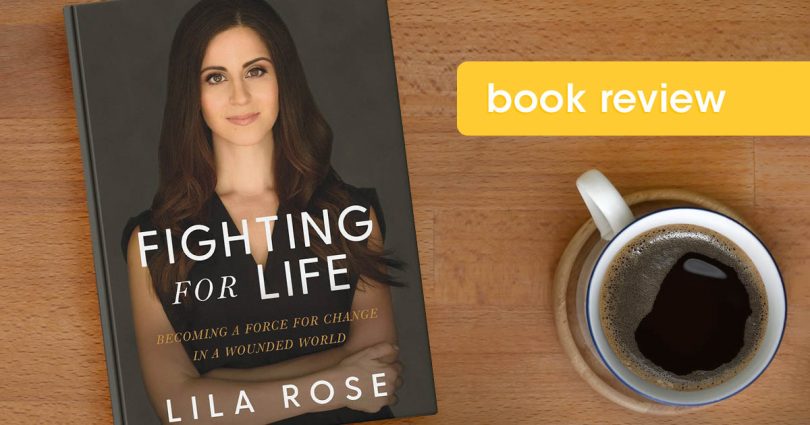 If I had to give Lila Rose’s new book a different name, I would call it Dare. In subtle ways, Rose—who founded the pro-life group Live Action at age 15—dares readers to become the life force needed to end abortion and the other human abuses of our day. But Rose doesn’t just dare readers, she mentors them through steps that follow her own life’s journey and with lessons she learned through hard-fought battles.

Divided into three parts with 27 chapters, Rose’s book interweaves her remarkable story—from an innocent nine-year-old girl finding a handbook on abortion with a photo of a dismembered baby, to leading one of the world’s most powerful (and feared) pro-life organizations—with social injustices in American history that were battled against and overturned. Have confidence in God and your mission, Rose exhorts mentees in one chapter.

In another chapter, Rose explains the “Imposter Syndrome”—the paralyzing self-doubts that plague activists regarding their ability to advocate for their causes. “The reality is, I was in over my head from the beginning,” confesses Rose. As an 18-year-old college freshman, Rose went undercover to expose the illegal cover-up of child sexual abuse at Los Angeles abortion mills. This led to an interview on a national cable news show. Rose didn’t have time to practice; she winged it on faith.

While Rose, the face of the millennial pro-life movement, backs up her mission with bone-chilling statistics (e.g., Planned Parenthood is “responsible for killing nearly a thousand children in America every day”), Fighting for Life also chronicles her own personal battles. As a teen, Rose was beset with inner voices telling her she was worthless. She began cutting herself and binging and purging on food.

“I knew that my life was not mine to take,” she says. “If I believed life was precious . . . I had to extend those beliefs to my own person.” She sought counseling and found saintly role models, including Mother Teresa, who revered the preborn as “Jesus in disguise,” and the French teenage war heroine Joan of Arc, who led soldiers into battle. Inspired by the most pro-life figure of all time—the Blessed Mother—Rose converted to Catholicism.

The deeper Rose and Live Action delved into human abuse issues—exposing both sex trafficking and sex-selective abortion at America’s “killing fields”—the greater the persecution and the greater the number of death threats. When the time presented itself, Rose shifted Live Action’s focus to education and grassroots campaigns. “Only awakened hearts and minds can change the world,” states Rose, now 33, married, and a mother herself.

Fighting for Life is indeed a book of “dare.” Dare you fight sex trafficking and child abuse? The abortion holocaust? The other evils of our day? If you dare to fight, Rose’s book offers tactics and strategies, as well as inspiration, to guide you on your pro-life journey.

Fighting for Life: Becoming a Force for Change in a Wounded World is available from shop.liveaction.org.

An award-winning journalist, Marion Amberg (www.marionamberg.com) has written for more than 100 publications and frequently covers topics of faith. She is the author of Penny Prayers: True Stories of Change (Liguori Publications) and of the newly released Monuments, Marvels, and Miracles: A Traveler’s Guide to Catholic America (Our Sunday Visitor).