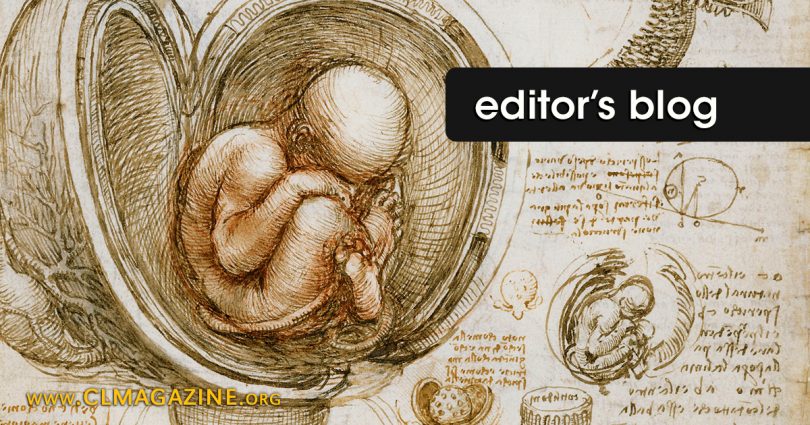 Minnesota state Rep. John Lesch, a member of Catholics for Choice, recently wrote a piece for The Hill entitled, “Catholic politicians are following their conscience on abortion,” in an attempt to refute an earlier article by Carl Anderson, CEO of the Knights of Columbus, entitled, “Catholic politicians should follow conscience, consensus on abortion.”

In the article, Lesch states: “For years, Catholic politicians like me have endured 1980s rhetoric on abortion with growing chagrin.” What does Lesch do to combat this 1980s rhetoric? Well, naturally, he turns to scientific speculation from the middle ages.

Yes, Lesch brings up Thomas Aquinas’s speculations regarding ensoulment once again in attempt to justify abortion from a Catholic standpoint. Here is what he says:

In fact, the development of this doctrine spans less than 9 percent of the church’s nearly 2,000-year history. Even then, church doctrine has followed St. Thomas Aquinas’s assertion that personhood developed 40 days after conception for male fetuses, and after 90 days for female fetuses. (This has never been repudiated by the church. Awkward.) Science, as any Catholic theologian would tell Mr. Anderson, cannot prove ensoulment, and so we must take it as a matter of faith. That is still a far cry from saying Catholic politicians are obligated to impose this faith on others. Most Catholic theologians, if forced to choose between Aquinas or Anderson, would choose Aquinas. I have no science to back that up, but I take it as a matter of faith.

(1) The Catholic Church’s consistent condemnation of abortion for 2,000 years has never been based exclusively on questions of ensoulment.

The Church’s consistent condemnation of abortion has always been based on Scripture (for example, Exodus 21:22-23; Psalm 51:5; Psalm 139:13-16; Job 10:11; Isaiah 44:24; Jerimiah 1:5) and Tradition (for example, Didache 2:2, Synod of Elvira, Synod of Ancyra, and the writings of Barnabas, Clement, Tertullian, Hoppolytus, Basil, Chrysostom, Ambrose, and Jerome). Thus, the Catechism states that “[s]ince the first century the Church has affirmed the moral evil of every procured abortion. This teaching has not changed and remains unchangeable” CCC 2270-2271).

(2) The Church’s understanding of unchangeable doctrines as expressed in the ordinary magisterium and especially in formal definitions does not require formal refutation of every contrary opinion, be they the erroneous opinions of saints or former Popes.

Lesch’s politically motivated verbal gymnastics has left him in a really weird position. Ignoring the Church’s consistent teaching of 2,000 years, Lynch decries having to endure rhetoric from the last 30 years while claiming to accept on faith some apparently unsolved mystery regarding ensoulment based on outdated and erroneous embryological speculations from over 700 years ago. Awkward.