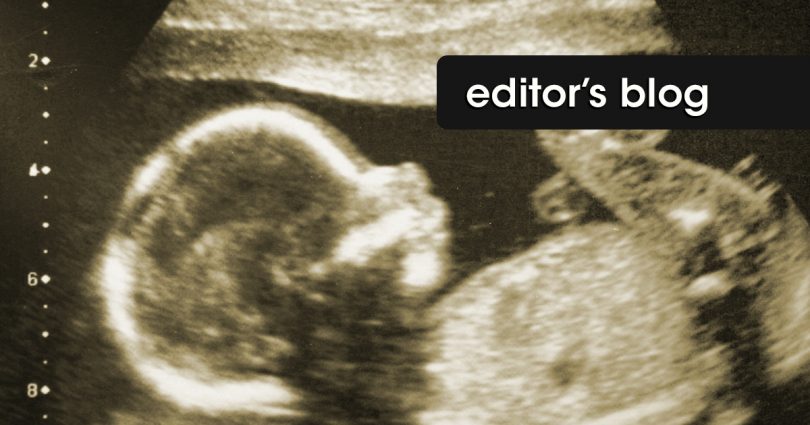 Fear is a terrible thing to live with. For several months now, we’ve been living with the fear that a loved one may contract COVID-19 and get horribly sick or even die. We fear the racial injustice and the ensuing violent protests that tear not only at our hearts, but at the fabric of our society. We fear—and are saddened by—the anger on display by so many. And we fear for the kind of world our children are growing up in.

But the one thing we should not fear is a tiny preborn baby.

Feminist leaders who support abortion have been up in arms—to say the least—about President Trump’s nomination of Amy Coney Barrett to the Supreme Court.

Let’s look at a few examples:

Chelsea Clinton wrote: “If President Trump succeeds in placing Amy Coney Barrett as Justice Ginsburg’s successor, I expect that he will get even more of what he wants—with disastrous consequences for the country.”

Remember, if Biden wins, Harris is just one step away from the presidency.

The anger and disgust these women and others exhibit confound me. “Disastrous consequences for the country”? “Harm millions of Americans”? What about the 62 million Americans who were never allowed to be born—not to mention those created in IVF labs or those killed by abortifacients? The loss of these people is a true disastrous consequence.

And when McGill Johnson says that Ginsburg’s seat on the Supreme Court is the “people’s seat,” apparently she means only pro-abort people.

In addition, the liberal group Demand Justice is just one of many groups preparing to spend money to instill fear in people regarding Barrett’s nomination. This group is reportedly planning to spend $10 million to oppose her. Its website says that her presence on the Supreme Court will “threaten your health care and your reproductive freedom” and that the Supreme Court has been “hijacked.”

Amy Coney Barrett is a conservative pro-life Catholic who, by all reports, is brilliant. She has led a moral life, is a good wife and mother, judges fairly, and would take those qualities with her to the Supreme Court. Why is morality something people fear? Why would we not want someone with these awesome qualities in such an esteemed position?

There’s no disputing that.

So what’s the problem, then? The problem is that they just don’t care.

We need to become a nation that cares.

We need to teach our children that every person—born and preborn—matters. And then we need to protect them. All of them.

Fear does have a place in our lives, but fear of morality and fear of outlawing the killing of babies should not be the things we fear.

What we should fear is standing before the beatific face of Christ and having to explain why we didn’t protect His children.