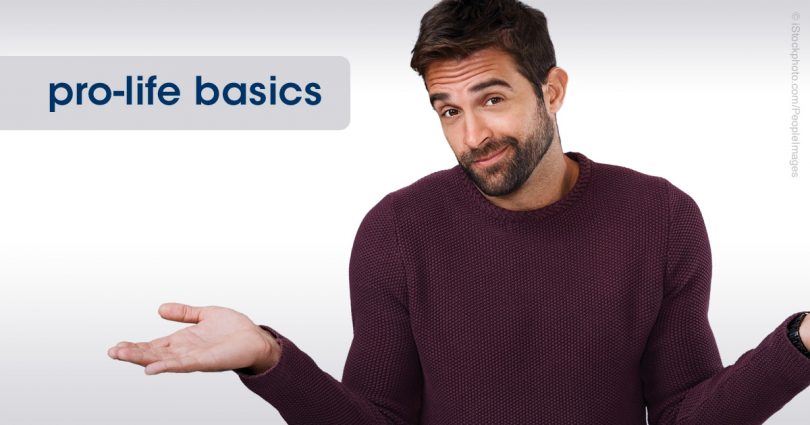 We are not fighting to end abortion; we are fighting to restore respect for the dignity of the human person. The only way that we can succeed is to place our confidence in God and then defend His truth without apology. There is no time limit on service to the Lord and His children.

While it may appear futile in human terms, our work entails so much, and it bears fruit that will last every day.

Our work focuses on the humanity of the child prior to birth. Whether he is a single cell in size or preparing to be born, that human being is a person like you and me at every moment of his existence. He is a member of the human family who should never be put to death by any form of abortion.

In addition, we teach that contraception is the root cause of medical and surgical abortion. We have saved countless men and women from a life of slavery to sexual sin because we have opened their eyes to both scientific and moral truth. The fact that many forms of contraception cause abortion shocks people, so by teaching these facts we save lives and protect future mothers and fathers from falling into the web of contraception deception.

We also teach the truth about reproductive technologies like in vitro fertilization. Such practices defy God and nature. The false reality created by man’s manipulation of procreation destroys marriages and can eternally destroy those who believe that technology is superior to trusting in God’s will.

In each of these cases, innocent lives are saved and truth triumphs.

The culture of death we fight against daily personifies that hatred of God, confirming anew what Archbishop Fulton Sheen taught: “It is a characteristic of any decaying civilization that the great masses of the people are unconscious of the tragedy. . . . Men do not want to believe their own times are wicked, partly because it involves too much self-accusation and principally because they have no standards outside of themselves by which to measure their times.”1

So, we focus on the humanity of the precious child prior to birth, and we defy these profoundly negative influences.

Teaching truth is a blessing, not an impossible task. We are not responsible for the results. That is God’s province. Our task is to stay the course, remain faithful to truth, and teach it in love and with charity toward others.