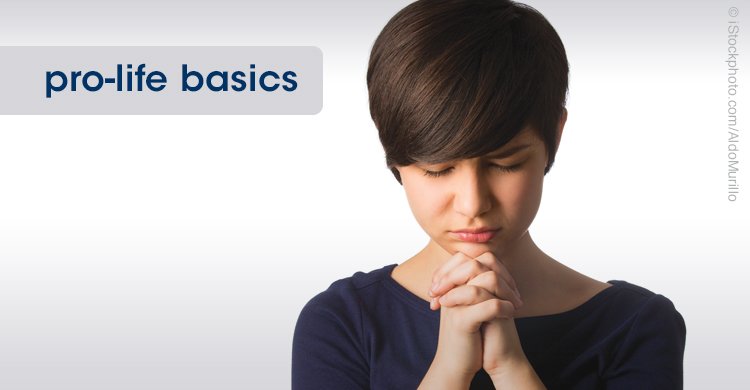 What exactly does this mean in the case of a woman who has willingly aborted her child?

The Lord’s reminder means that, by our living the faith we profess, and ministering to the one who has aborted her child, even if she may appear unrepentant, we are performing a work of mercy.

In the case of abortion, we know that it is a grave sin against God. But we also know what Pope St. John Paul II said to such women in his encyclical, The Gospel of Life, #99:

I would now like to say a special word to women who have had an abortion. The Church is aware of the many factors which may have influenced your decision, and she does not doubt that in many cases it was a painful and even shattering decision. The wound in your heart may not yet have healed. Certainly what happened was and remains terribly wrong. But do not give in to discouragement and do not lose hope.

Try rather to understand what happened and face it honestly. If you have not already done so, give yourselves over with humility and trust to repentance. The Father of mercies is ready to give you his forgiveness and his peace in the Sacrament of Reconciliation. To the same Father and his mercy you can with sure hope entrust your child . . .

It might sound over simplified in our world of sound bites and 140 character tweets to suggest that love heals all wounds; in fact, it could be considered trite, but in fact it is true.

To treat others with disdain is to harm ourselves. On the other hand, to reach out in love to help another see Christ in us and hopefully in herself is a great blessing. God forgives grave sins, but sometimes, if not always, the sinner needs to know first that Jesus Christ is waiting for them and has never stopped loving them.