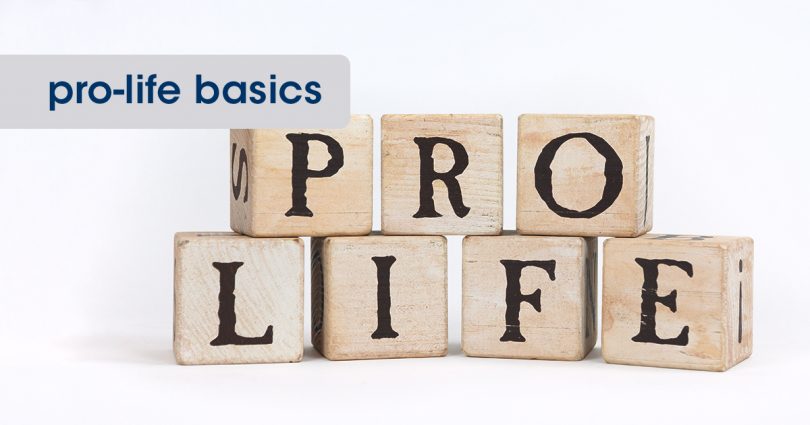 Condoms, cervical caps and diaphragms prevent the union of the egg and the sperm by placing a barrier between them. Other barriers kill the sperm chemically via foams and jellies. Permanent sterilization by vasectomy for the male or tubal ligation for the female is the ultimate barrier method. Recently, a newer procedure has been developed whereby small plugs are placed from within the uterus into the fallopian tubes to occlude them.

Hormonal agents work differently. Hormonal contraceptives do not stop the creation of a child. The moment the sperm unites with the egg, a new human being is formed and anything that interrupts his development process before birth is an abortion.

In sexually active women using hormonal agents, frequently women’s eggs become fertilized, but the contraceptives thwart the implantation of the new human beings in their mothers’ uterine walls. The most commonly used hormonal agent is the birth control pill. The vaginal ring and IUD also contain birth control hormones which are gradually released into the woman’s system. Longer lasting varieties, such as Implanon or Depo-Provera, have similar mechanisms. These agents are abortifacient, which means abortion-causing.

The so-called “morning-after pill,” Plan B or “emergency contraception” are really huge-dose birth control pills. While schools may not give a child any medication without parental consent, a child 18 or over can buy one of these abortifacient drugs over the counter and it could profoundly harm her health. Furthermore, in case of serious complications, who would the girl turn to? This is a prime example of gross irresponsibility by our legislators, government officials and healthcare professionals who have shown no real concern for the health of girls and women.

Having practiced obstetrics and gynecology for 40 years, I have seen the deleterious effects that hormonal birth control agents can have on a woman’s health. Irregular bleeding, migraine, hypertension, etc. are common. Life-threatening complications such as tubal pregnancies, pelvic infections and fatal blood clots also occur often. Yet while all of these birth control agents are advertised extensively, none of the harmful effects on health or social realities are addressed in equal time.

For years, a basic principle taught to young doctors when contemplating a therapy has been “primum non nocere.” This Latin phrase means “Above all, do no harm.” Therefore, it is irresponsible for practitioners to prescribe birth control agents because they are purely elective, medically harmful and morally objectionable.