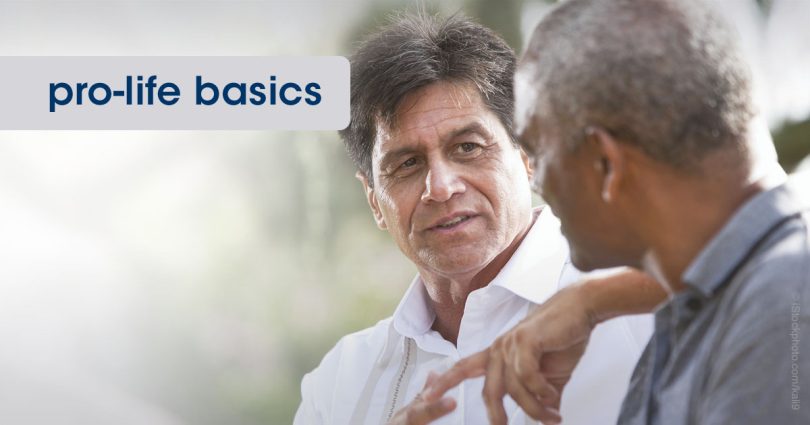 If we recall the scene of Christ being scourged at the pillar prior to His crucifixion, we can readily relate to the horror of the agony suffered by a preborn child who is being aborted, regardless of the manner in which it is done. When a chemical, medical, or surgical act of killing the baby is employed, nobody knows the agony experienced by the child who is being assaulted and dies. Even so, this cruelty against the most vulnerable of our brothers and sisters in Christ is not only protected by law, it is perpetuated by evildoers at every level of our society.

As we move into summer, it is important for us to think about this because there are literally millions of little children who will never enjoy a picnic, a swim in a pool, or vacation time with their parents. This is so because they are dead. Each of them has been brutally murdered.

Not only have they been eliminated from our sight in the cruelest of legal acts, but that same act once legitimized has dulled the consciences of many. And as we learned years ago, killing a conscience does not require much. In fact, according to Rev. Philip E. Dion, CM, killing a conscience requires these seven steps:

Those seven steps equally apply to the notion that one can be rid of a “problem” (a pregnancy) created by the sexual act by internalizing and then acting on the desire to kill the result. In the wake of the millions of dead children cruelly taken from our midst by abortion, we are left with millions of souls crippled by choices that could have been avoided. This is a great sadness from which only one antidote will heal. Quite simply, that is seeking the forgiveness of God.

Do you know someone who has had an abortion or who is ambivalent or intransigent about it? If so, you can reverse the seven steps toward a dead conscience by being a voice of reason, a heart of prayer, and a patient friend who will not abandon those broken by the rhetoric of choice to kill a baby.

To ravage a soul is to destroy it, but to embrace that soul and provide spiritual and emotional encouragement is to become the salve that heals. Today in our callous culture we need to be that encouraging voice of love, affirming the good and helping the one who is crippled by abortion to see that hope is alive.

What can you do in your life to reverse the ravages of abortion? Once you determine what that is, I pray you will do it.