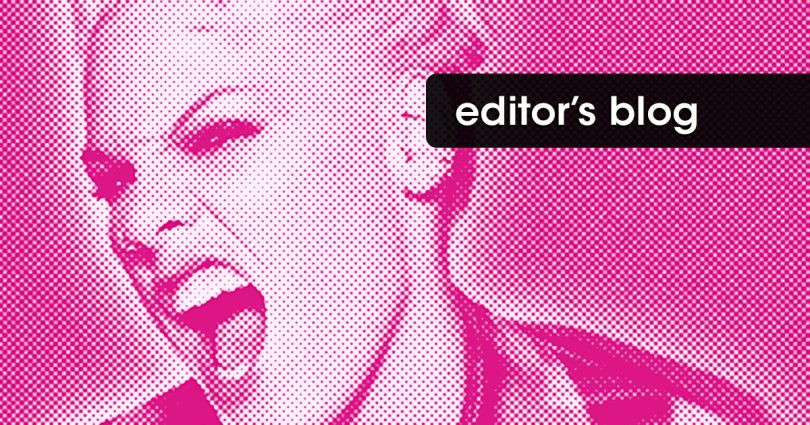 Authority is a funny thing. Defined as the “power to influence or command thought, opinion, or behavior,” authority can be used to bring about good, or it can be used to bring about evil. Theoretically, those in authority should be strong moral leaders who help others grow as human beings, who teach people to care for others, and whose examples we wish to emulate. But this is not always the case. And lately we’ve seen people using their authority to not only spew anger and hatred but to disseminate misinformation.

Take, for example, pop singer Pink, who felt compelled to share her ignorant and misinformed remarks regarding the SCOTUS case that returned the decision about abortion to the states. She tweeted: “Let’s be clear: If you believe the government belongs in a woman’s uterus, a gay persons [sic] business or marriage, or that racism is okay- THEN PLEASE IN THE NAME OF YOUR LORD NEVER F**KING LISTEN TO MY MUSIC AGAIN. AND ALSO F**K RIGHT OFF. We good?”

It’s almost comical, isn’t it? She begins by talking about abortion, then throws in two things that Dobbs was NOT about, and ends by telling people who disagree with her to f**k off. Then she asks if we’re good.

Make no mistake: The Dobbs decision dealt only with abortion. It had nothing to do with gay rights or racism or anything else. No one on the Supreme Court is advocating for racism! But her comments, and those of other Hollywood “elites”—such as Whoopi Goldberg in her latest rant—are meant to stir up anger. In fact, I would go so far as to say that their point is to obfuscate so that people lose sight of the true meaning of the Dobbs ruling.

Let’s be clear about two things because mainstream media has had a field day stirring the pot and stoking fears regarding what “could” happen after this ruling.

First, while Roe v. Wade was reversed, abortion is not going to be illegal everywhere. The decision regarding abortion is simply being returned to the states to decide. Some states will allow it. Some will allow it in certain circumstances. And some will make it illegal.

Second, SCOTUS did not base its decision on religion, as many people state. The justices looked at the Constitution and based their decision on the fact that there is no “right” to abortion in the 14th Amendment—or anywhere in the Constitution. They examined the laws of the states regarding abortion when the 14th Amendment was written. They read what the Founding Fathers wrote. And they made a decision based on those facts.

But those people spreading hate and vitriol do not care about the facts. They want to intimidate, threaten, and incite violence until they get what they want.

This is evidenced by a growing list of disturbing actions by fanatical groups determined to show their anger.

They have burned down churches.

They have destroyed statues.

They have graffitied churches and pregnancy centers.

They have spread misinformation.

They have spewed vitriol.

They have written threatening messages.

If this isn’t the epitome of bullying, I don’t know what is.

How have we gotten to be a country filled with people who harbor so much anger, not only for the preborn baby, but for churches, pregnancy centers, and for those who want to help moms and babies? Don’t people realize that, by destroying these centers, they are hurting the women they claim to be advocating for?

Though we must always deal lovingly with people, now is the time to take a stand. We too have authority. Whether we are pro-life leaders, mothers and fathers, businessmen and women, or simply members of a community, it is our job to teach the truth about the Dobbs ruling, to teach the facts about the preborn baby, to explain what the ruling is and is not about, and to assuage any fears that people like Pink attempt to stir up. If we do not have the moral courage to articulate these truths, young people and those who easily follow will hear only half-truths and opinions, thus rendering them unable to make an informed decision.

Our country desperately needs outstanding authority figures, and those in the pro-life sector have the unique ability to stand up and be those figures. Let us not hesitate to seize this opportunity.

This article first appeared in LifeSiteNews at lifesitenews.com/opinion/pop-star-pinks-pro-abortion-tantrum-shows-who-our-cultural-elites-truly-are/?utm_source=home_opinion&utm_campaign=usa.