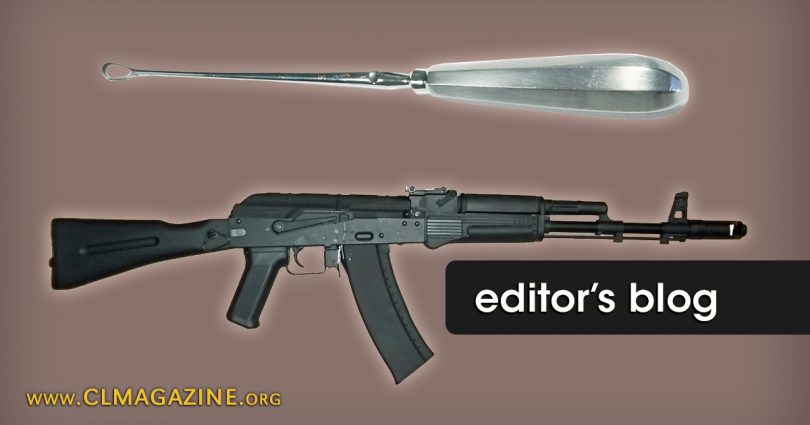 This week, students across the country engaged in walkouts to protest gun violence in schools. They held demonstrations in which they sang, spoke, and observed silence in honor of the victims of the Parkland mass shooting. The students were demanding action on gun violence (see here).

The wailing cry of those who think that the Second Amendment needs to be abridged is that gun violence causes too many deaths. The national statistics show that there are approximately 15,000 deaths a year from gun related violence. Unfortunately, that number has slowly risen in recent years. In an effort to put some significance to that number, the CDC reports that there are 2,712,630 deaths annually in the United States. Gun related deaths from all sources (violent acts, accidental discharge, suicides, etc.) total 38,000 and account for about 1.5 percent of all deaths (see here).

With regards to abortion, there is no exact number since abortions are not counted in our national statistics; however, the estimate is that there are nearly 920,000 abortions every year in the Unites States. Thus, Mr. Sedlak continues:

So, as you can see, there is a staggering difference between gun related deaths (1.5 percent) and abortion related deaths (25 percent). Of course, mainstream media did a thorough job covering all these students walking out of school, but they never seem to be around when droves of young people show up to protest abortion, for example, at the March for Life. The mainstream media’s agenda has become so obvious that it has become predictable. Unfortunately, plenty are still fooled by it.

To be clear, all violence and killing is horrible, but let’s hope and pray that students across our nation will also walk out of their schools one day to demand action on ending abortion. Maybe they can do it on April 20th – National Pro-Life T-Shirt Day?