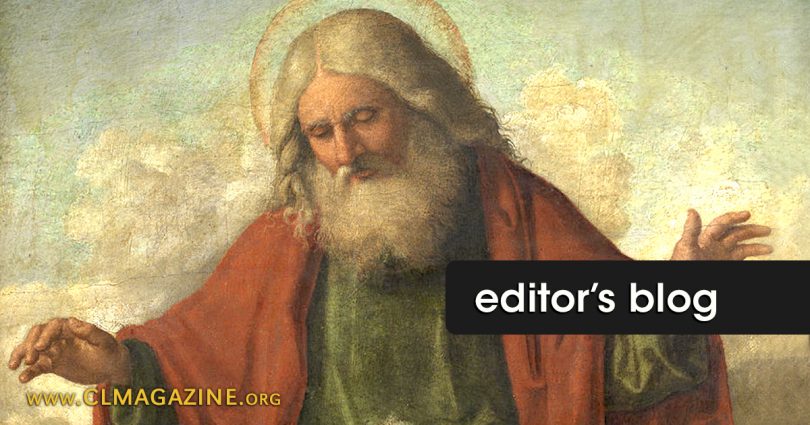 On Sunday, the Pittsuburgh Post-Gazette published a piece by Paul Atler entitled “Why does God allow abortions?” (see here). The teaser reads: “Perhaps it’s because he has ‘horse sense’ and seeks to improve the quality of lives.”

As you might have guessed from the title and teaser, the article is a peculiar one.

Mr. Atler offers some myths as unquestionable truth, like this well-known one:

“The number of deaths related to pregnancy and childbirth would be much higher were it not for Planned Parenthood.”

and this downright strange one:

“…the anti-abortion crusade has put the United States of America on the brink of destruction.”

Pretty weird claim, I know. In all honesty, I am not terribly interested in how he came to believe something so bizarre; I am interested in his pro-abortion argument.

Mr. Atler’s points are hard to decipher, but I think his special argument can be summarized as follows:

If God runs the universe, and pregnancy is a dangerous business, then God is the author of the danger—directly willing large death tolls;

If we imitate God, therefore, we must also be co-authors of the danger—directly willing our own death tolls.

Note: Apparently, in Mr. Atler’s mind, this means being AOK with—nay, even endorsing and promoting—abortion, contraception, teen sex, and a long list of sins primarily against the virtue of chastity.

Putting the structure of the argument aside, this argument can be dismantled by pointing out two of the silly premises on which it is based.

Silly Premise 1: Since God is the supreme ruler of the universe, everything that happens in the universe is a direct result of His active will.

NOT EXACTLY. God gave free will to both angels and humans. When free will was used to disobey God, God responded by declaring the results:

“Then the LORD God said to the snake: Because you have done this, cursed are you among all the animals, tame or wild; On your belly you shall crawl, and dust you shall eat all the days of your life” (Genesis 3:14).

“To the woman he said: I will intensify your toil in childbearing; in pain you shall bring forth children. Yet your urge shall be for your husband, and he shall rule over you” (Genesis 3:16).

“To the man he said: Because you listened to your wife and ate from the tree about which I commanded you, You shall not eat from it, Cursed is the ground because of you! In toil you shall eat its yield all the days of your life” (Genesis 3:17).

God declares the results of sin. He explains the particular consequences of disobeying Him; He does not arbitrarily cause the consequences. That is an important distinction for understanding why Mr. Atler’s premise is silly. Not everything that happens is a direct result of God’s active will.

God did not (and never does) desire that His creatures choose evil; He desires that free will be used to choose good, which is to choose God, and thus to love. In actively willing that angels and humans choose between good and evil, God allows the consequences of their choices. (In theology, this is often referred to as God’s permissive will). God directly wills our ability to choose good or evil; He permits the consequence of our choices. God never actively wills anything evil. God’s sovereignty of the universe remains perfectly intact when free creatures choose evil, even as the consequences of every evil choice play out through the ages.

Death is a consequence of angelic and human disobedience. It is the result of disobeying God, the sole author of life; in other words, choosing against God can only result in a destruction of His gift of life.

By tying “horse sense” into his commentary, Mr. Atler has offered an imaginary god who is nothing more than a kind of heartless overseer of nature. Of note, Mr. Atler’s notion of nature is also unclear and devoid of distinctions, but he seems to presuppose some kind of Darwinian “survival of the fittest” notion, which is itself riddled with silly premises and blatant contradictions, but that is subject-matter for another discussion.

It’s odd that, after explaining an imaginary god’s heartless ways of death—ways that we should reflect in Mr. Atler’s mind—Mr. Atler ends his piece by saying: “I can’t pretend to know the answer or the intentions of God.” I see no reason for Mr. Atler to feign such humility at the end of his commentary…though he is entirely wrong, I think he has done a pretty good job pretending to know the answers and the intentions of God.