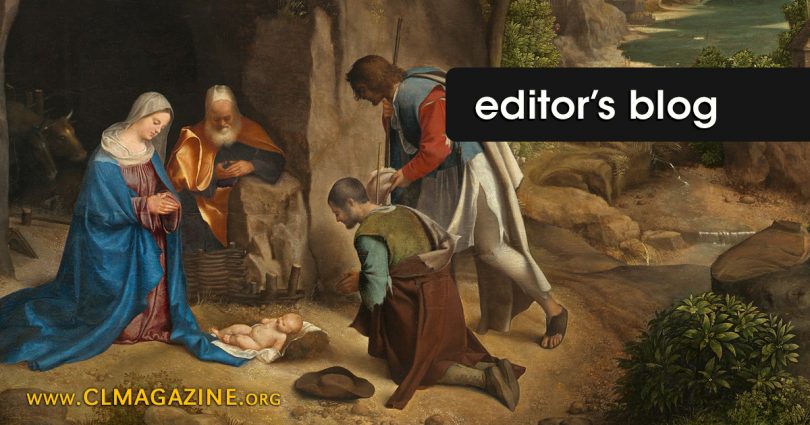 The season of Christmas begins with an angelic announcement. God has willed to become one of us in the womb of the Virgin Mary (Luke 1:26-35).

“For God so loved the world that he gave his only Son, so that everyone who believes in him might not perish but might have eternal life” (John 3:16).

God’s only Son, “though he was in the form of God, did not regard equality with God…Rather, he emptied himself, taking the form of a slave, coming in human likeness; and found human in appearance” (Philippians 2:6-7).

God willed to send his only Son, who is God from God and light from light, to become one of us, beginning as a fetus in the womb just like all of us.

Christmas shouts from the rooftops that God loves every human being from the first moment of existence in the womb.

Christmas means that the Son of God says with each and every one of us: “You formed my inmost being; you knit me in my mother’s womb” (Psalm 139:13).

The message of Christmas is the ultimate message of true love, which is the source of all life. It is the message that God has humbled Himself in an act of unimaginable love so that every single human being has the possibility of being exalted to share in divine life without end.