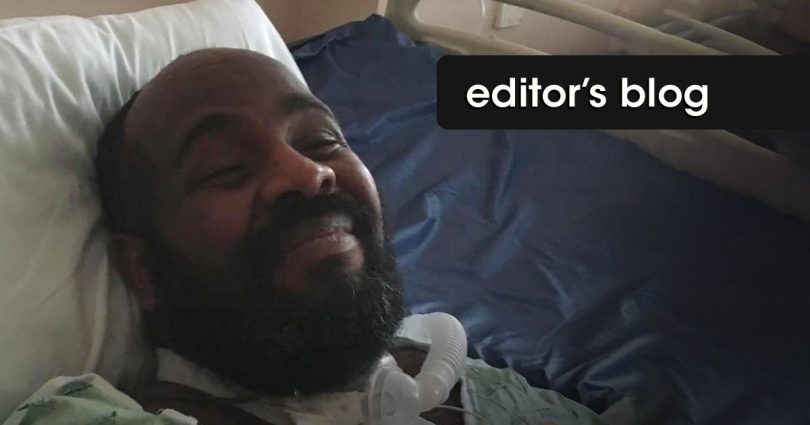 The term “quality of life” is a subjective one. And in today’s world people even assign it degrees.

But all of this begs the question, Why do we even use the term “quality of life”? Why aren’t we just saying life?

People are either alive or they are dead. And we are all at varying stages and abilities of life. Because of health issues or diseases, some of us know we’re closer to death than others, but not even healthy people know if today is their last day on earth. Accidents and sudden illnesses happen every day.

Our dignity doesn’t begin at birth. Nor does it diminish as we get older or sicker. From the minute we are created, we have dignity. Regardless of our abilities, age, or location, we are all valued children of God who deserve to be treated with compassion and respect during every moment of our lives.

That’s why news stories such as those of Michael Hickson and Tinslee Lewis should rattle us to the core.

Michael Hickson had been in and out of care facilities since suffering a cardiac arrest in 2017. The loss of oxygen to his brain left him with brain damage and as a quadriplegic. He was in a care facility when he contracted COVID-19 in June. His condition quickly deteriorated, and despite Hickson’s wife’s pleadings, doctors made the decision to stop all treatment.

At one point, Hickson’s wife recorded a conversation she had with his physician:

“So as of right now, his quality of life—he doesn’t have much of one,” the doctor said.

“What do you mean? Because he’s paralyzed with a brain injury, he doesn’t have quality of life?” Mrs. Hickson responded.

Her protests fell on deaf ears. Michael Hickson was denied food, water, and medical treatments for five days. He died on June 11.

Baby Tinslee Lewis was born prematurely with a heart defect and with lung problems. She is now a year old and has never left the Texas hospital where she was born. Despite the hospital’s concern that treatment is burdensome, her family has advocated for her treatment and recently filed a motion for a new doctor to perform a tracheostomy for Tinslee—a treatment the doctor says will help stabilize her and allow her to move to another facility.

Legal battles have kept Tinslee alive, as Texas has a 10-day rule that allows hospitals to “end life-sustaining treatments for patients even if the family objects. The law stipulates that if the hospital’s ethics committee agrees with doctors, treatment can be withdrawn after 10 days if a new provider can’t be found to take the patient.”

Tinslee’s “10 days” were started in November, but because of the ongoing legal battles, the hospital has been unable to implement them. And, despite all the doctors’ predictions of Tinslee’s imminent death, she has defied them and continued to live.

We all have value

Though sick, Tinslee Lewis is still a human being. Thousands of others in similar situations are still human beings.

We must never hasten death, yet mainstream society advocates for its hastening. People nearing the end of their lives are taught to believe they are burdens and that suffering is something to be avoided at all costs. This mentality has led to laws and groups pleading for the “right” of the disabled or sick to die “with dignity.” Physician-assisted suicide is now legal in nine states and in Washington, DC. Organizations like Compassion & Choices “help” people decide when they should die.

But people are not expendable. All human beings have value.

There’s no denying that caring for someone can be very difficult and that it can be excruciating to watch someone you love suffer, but God’s laws command that we never take the life of another person.

So how do we determine “quality of life”? We don’t. There can be no qualification because all human beings have value. And until we firmly believe this, teach this, and live this, we will never have a true respect for life.