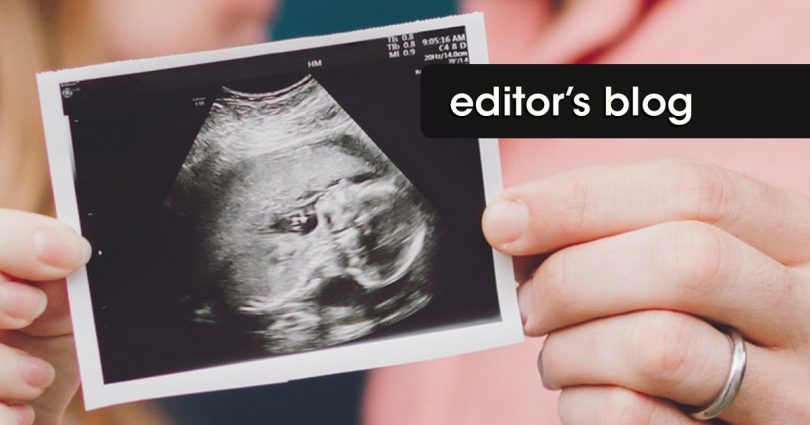 First we had Shout Your Abortion. Now we have Tik Tok influencers poking fun at abortion.

A disturbing article by Live Action tells the tale of 21-year-old “AbortionQweenn” and her live-in girlfriend “AbortionCounselor,” both of whom work in the abortion industry and celebrate the fact that they have had abortions.

On Tik Tok, AbortionQweenn posts fake abortion videos specifically designed to offend people and to garner views. At regular doctor’s appointments, she makes videos pretending she’s getting an abortion. One of her videos shows her dancing. The caption on that video: “My fetus dancing right before it was aborted.” Another video shows the young woman sitting in a doctor’s office and has the caption: “It’s a great day to have an abortion.”

I could list more, as there are many, many other disgusting videos turning the death of a preborn baby into a “joke.” But you get the point. (And I won’t post the videos here, as we need not increase her views.)

AbortionQweenn states that people know she’s not getting “like 50 abortions a month,” but hopes that they “will just see that and I guess like normalize it. People will also get very angry about it. But it always goes viral.”

All in the name of fame.

This sad story begs two questions: How on earth did we get to a place in our society where young women joke about killing a baby? And what do we do now that we’re here?

We got here as a result of years of indoctrination. Margaret Sanger, birth control, the rise of Planned Parenthood, the devaluing of women, the loosening of morals, and the election of immoral people to public office all played a role.

And now we’re here, watching our children and grandchildren grow up in a society that thinks it’s funny to kill a preborn baby.

Like trying to stop a moving freight train, slowing or halting the culture of death and the hatred for preborn babies is a monumental task. But it won’t stop unless we stop it. To do that, we all must take action.

Let this despicable story spur you to act. Do something today—and every day—to show the world the value and the humanity of the preborn baby. Post a sonogram picture on social media. Pray in front of an abortion clinic. Spiritually adopt a preborn baby. Share this article on social media. Teach your children about the sanctity of preborn babies. Talk to pro-abortion friends with love. Donate time or materials to a pregnancy help center. Call your senator and congressman and tell them you want them to vote pro-life. When you vote, vote for the candidate who will protect life, not champion abortion.

You see, it’s not only AbortionQweenn and her girlfriend joking about abortion. Recently, “AbortionCounselor” was hired as the artist-in-residence for Shout Your Abortion. Amelia Bonow, founding director of Shout Your Abortion, said in an interview: “We can talk about abortion however we want, it doesn’t always have to be heavy. Sometimes it’s hilarious.”

This culture is our modern-day Pied Piper, and it’s stealing our children and jeopardizing their souls. If we don’t counter it and teach this generation of kids—and other adults, for that matter—the truth about what abortion does, it will continue to be normalized. And that’s just what pro-aborts want.

I leave you with the stark reality of what an abortion really entails. Dr. Anthony Levatino, a former abortion doctor, once described a dilation and evacuation abortion to Congress in this way:

Picture yourself introducing this [he holds up a Sopher clamp] and grabbing anything you can blindly, and pull. And I do mean hard. And out pops a leg about that big [he holds up his fingers to indicate about 3 inches] which you put down on the table next to you. Reach in again. Pull again. Pull out an arm about the same length, which you put down on the table next to you. And use this instrument again and again to tear out the spine, the intestines, the heart, and lungs. A head in a baby that size is about the size of a large plumb. You can’t see it. . . . You know you did it right if you crush down on the instrument and white material runs out of the cervix. That was the baby’s brains. Then you can pull out skull pieces.

There’s no denying this truth. There’s only spinning it into a lie.

There is nothing hilarious about a dead baby.