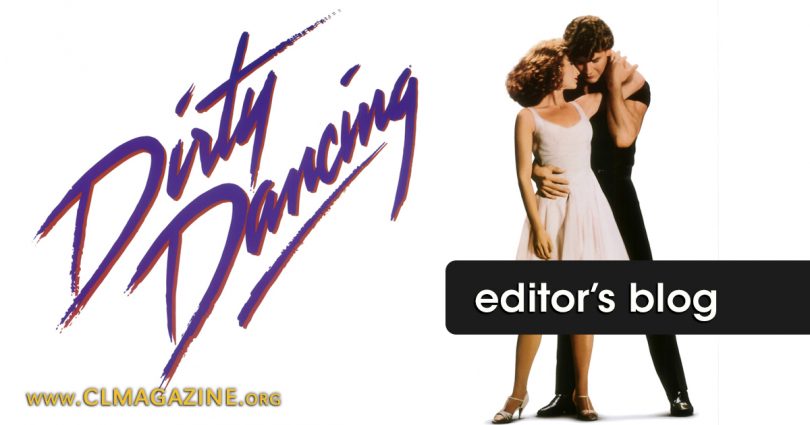 Unsurprisingly, HuffPost has published an article on why the writer of the movie Dirty Dancing integrated an illegal abortion into the film.

Eleanor Bergstein, the writer of the movie, made sure not to sugarcoat the scene, according to Alanna Vagianos, the author of the HuffPost article. She did this “hoping that it would serve as a reminder to young women to not take their right to chose [sic] for granted ― something that rings true 30 years later, during a time when abortion restrictions are on the rise and women’s health clinics are closing at record numbers” (see here).

“When it came time to shoot it,” says Bergstein, “I made it very clear that we would leave in what is, for me, very purple language: references to dirty knives, a folding table, hearing Penny screaming in the hallway” (see here).

And right away, Bergstein enters the realm of fantasy. Dirty knives, you say? Hmm…that would never happen in a legal abortion…I mean, except when it does (for example, see here, see here, and this one from the The New York Times).

Oh, women only scream during illegal abortions? Hmmm…has Bergstein ever read any accounts of women who have undergone legal abortions other than those who share her fantasy? Apparently not. Here is a resource for beginning the search into such stories of real women who had miserable and sometimes dangerous experiences with legal abortion. And that is just one resource; there are many others.

Bergstein continued, “I had a doctor on set to make sure [the description of the illegal abortion] was right. The reason I put that language in there was because I felt that ― even with it being a coat hanger abortion ― a whole generation of young people, and women especially… wouldn’t understand what [the illegal abortion] was” (see here).

Sure, you can always find a person with a medical degree sympathetic to the fantasy. You can also find many, many other healthcare professionals who are not sympathetic to this legal land of make believe. Here is one such doctor explaining legal abortion from the perspective of reality.

Regarding legal abortion, there are many other dangers to the mother (see here, see here, and see here).

The legalization of abortion has permitted abortion to skyrocket as a lucrative industry. It has done nothing to help women in any real way; it has only financially helped those profiting from the industry.

Bergstein can hold fast to her fantasy and revel in her agenda-ridden movie. Whether legal or not, abortion is dangerous; it is dangerous for the mother and deadly to her preborn child.