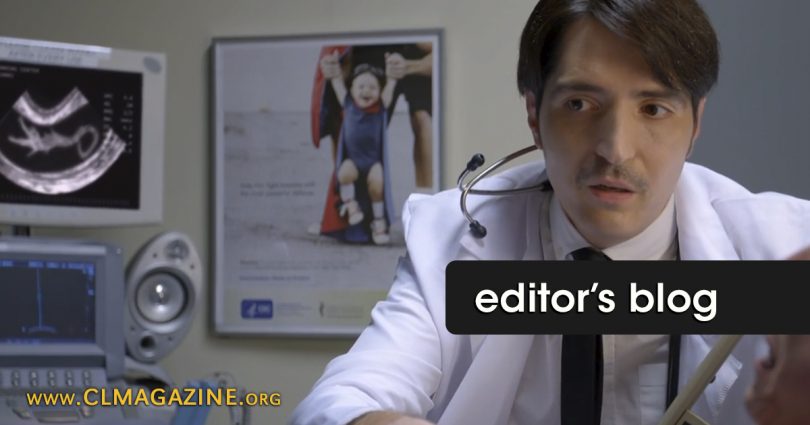 The Huffington Post posted a comedy piece yesterday (7 July 2016) entitled “Men Would Surely Beg For Abortion Rights If This Happened.” The post includes a fairly tasteless video depicting a man who has had an alien implanted in his chest and is consequently seeking medical assistance to have the alien removed. Due to certain state requirements for obtaining an abortion, the man must receive an ultrasound and wait 72-hours. Eventually, while waiting, the alien violently bursts through the man’s chest, presumably killing him.

Part of the post also includes Andy McDonald’s comments regarding the video:

I suppose Andy might pass this entire comedy piece and his commentary off as “humor” and thus avoid having to explain or defend any of it, but it seems obvious that there is more to this skit than a little playful humor. The skit is an attempt to use humor to promote abortion and belittle pro-life principles. Of course, it doesn’t work because the entire premise is based on a straw man argument.

Do you see the straw man argument? Pro-lifers are not advocates of refusing medical intervention in the case of alien implantation; pro-lifers advocate not killing human beings. To date, nobody in the pro-life movement has addressed implanting alien offspring into living human hosts; the meeting for that is currently scheduled for December of 2320.

The hypothetical premise of this comedy skit has nothing to do with the reality of human procreation, pregnancy, and motherhood. The skit shows the absurdity of not helping somebody in immediate physical danger from a deadly threat—something with which most would agree—but it does not strengthen any pro-abortion arguments or refute any pro-life principles. It is just fairly tasteless comedy plus a straw man argument that equals some more asinine twaddle from abortion enthusiasts.