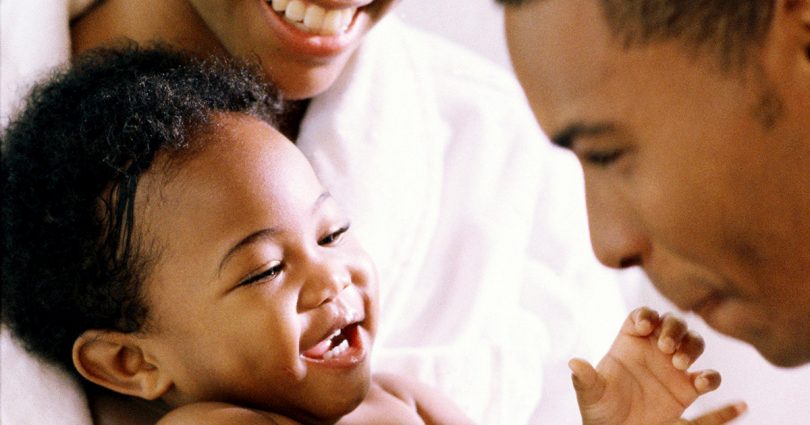 A successful movement in America, like a great eagle, cannot fly on one wing alone. When the pro-life movement relies mainly on conservatives, sooner or later it is devastated by an election defeat like the one last November. One-wing efforts also fail to win over many people who could help the movement.

Pro-lifers must reach out to liberals and show them how the best liberal principles lead to a pro-life stance. To do this, it’s important to avoid stereotypes of liberals or to assume that they are automatically on the other side. Some are stalwart prolifers already. Others have doubts about abortion and are willing to listen to a case against it. They are most likely to be persuaded when that case is based on traditions and principles they trust.

Liberals have a long and honorable history of defending little guys who are mistreated by the powerful. This tradition should lead to defense of the littlest guys of all—preborn children.

Historically, liberals were the can-do people of American politics. They were optimistic about the future and the possibility of progress. Like most people in our society, they saw children as a sign of hope, and they celebrated the joy of life. Today’s liberals need to recapture the hope and joy of life.

Old-time liberals understood that the right to life underlies and sustains every other right we have. They knew that taking the lives of other human beings ends all of their rights and liberties. But in the mid-1900s, stampeded by predictions of scarce resources, many liberals accepted or even campaigned for population control. Then, without really thinking the issue through, many followed population-control groups down the bleak path to abortion.

Another key influence was liberals’ reverence for the U.S. Supreme Court because of its decisions for civil rights and civil liberties in the 1950s and 1960s. Partly because they trusted the Court, many went along with its 1973 Roe v. Wade decision. They forgot other crucial times in our history when the Court sided with the powerful against the weak: against African Americans in Scott v. Sandford and Plessy v. Ferguson, against poor people and the allegedly “feeble-minded” in Buck v. Bell, and against Japanese Americans in Korematsu v. United States. In discussing Roe v. Wade with liberals, it’s important to stress its kinship with those terrible decisions.

We also must talk about abortion as lethal discrimination. African Americans make up only about 13 percent of the U.S. population, according to the U.S. Census Bureau.1 Yet the Guttmacher Institute reports that African American women have 37 percent of U.S. abortions.2 What the Institute doesn’t tell us is that the late Dr. Alan F. Guttmacher, the man for whom it was named, did much to make this happen. A former vice president of the American Eugenics Society, Guttmacher was president of the Planned Parenthood Federation of America from 1962 to 1974. Like other eugenicists—the people who try to breed a “better” human race—he helped lead the campaign to decriminalize abortion and provide it free to poor women.3

When a country decriminalizes and also subsidizes abortion, it uses a big carrot to accompany the stick of economic pressures against poor people. That’s exactly what happened in the United States, and it’s a major reason why the abortion rate for minority and poor children is so high. Although Congress ended most federal funding of abortion many years ago, large states with sizable minority populations—California, New York and Illinois—still subsidize it.4

Pro-life activist Ellen McCormack once said, “Abortion is put forth as a solution for the poor, but I think the poor want better housing, more jobs and food on their tables. I don’t think aborting their babies makes them any happier. I think it probably contributes to their misery.”5 Understanding this, the staff and volunteers of pregnancy care centers give substantial help to poor parents, thus saving the lives of many poor children. Many liberals need to hear about this work.

Many liberals also need to hear how eugenics leads to another kind of lethal discrimination: prenatal testing and abortion of children with disabilities such as Down syndrome. All of the founding officers of the American Society of Human Genetics were eugenicists. Many later leaders and members of this key professional group were also involved in eugenics, and many helped develop or promote prenatal testing for handicaps.6 No one should be too surprised by this, because the eugenics bias against people with disabilities is even deeper than its bias against minorities and poor people.

Some liberals are deeply troubled by the targeting of the handicapped preborn for destruction. After all, liberals usually side with those who have disabilities, insisting that they have the same rights as the rest of us. That’s where they should be on the issue of eugenic abortion, too. They should remind everyone that virtually all of us have one or more disabilities— poor eyesight or back problems, for example—and that most of us will have more as we grow older. But as disability-rights activist Mary Jane Owen has said, we can retain the joy of life as we learn “new functions and new ways of being.”7

Too many people assume that virtually all feminists support abortion. In fact, the early American feminists strongly opposed it. Susan B. Anthony, the great feminist leader of the 1800s, once said she had helped “bring about a better state of things for mothers generally, so that their unborn little ones could not be willed away from them.”8 Alice Paul, who cofounded the National Woman’s Party in 1916 and was an activist for women’s rights into the 1960s, called abortion “just another way of exploiting women.”9 She emphasized that taking the lives of female babies before birth did not benefit women.

Feminists for Life of America, based in Alexandria, Virginia, continues this tradition today. FFL, as well as American Life League’s new Live Campus outreach, runs an energetic campaign to make college campuses more friendly and helpful to student parents. This fits right in with the can-do tradition of liberals.

Under Roe v. Wade, if a mother is determined to have an abortion, the father cannot save the child. While pro-lifers often mention this point, many fail to stress that in many cases, the mother has an abortion because the father pressures her to have one or abandons his responsibility for the child. Feminists, though, are keenly aware of this problem; it’s a major reason why many of them support abortion. Pro-lifers—especially men—should place far more stress on the problem of male abandonment. This might do more than anything else to open the hearts of feminists to the pro-life position.

We should stress another point that’s too often overlooked: the psychological effects of abortion on born children who hear about it and feel threatened by it. There were early warnings about this problem, but our culture did not heed them. In his 1975 book, Premeditated Man, psychiatrist Richard M. Restak wrote about a woman whose son was mentally retarded. The mother had amniocentesis during a later pregnancy because she and her husband did not want another disabled child. “Upon returning home,” Restak reported, “she found her retarded son hiding in a closet. Over the next few days he had trouble sleeping because of nightmares that someone was trying to hurt him.”

Several years later, psychiatrist Edward J. Sheridan told an interviewer, “I have had children who suffer from night terrors and who fear to fall asleep because they overheard their parents discussing an abortion they had or planned to have. These children fear they may be gotten rid of the next time they make their parents angry.”10 Now, though, it’s not just a matter of what children overhear or suspect. Some parents tell their children that one or more of their siblings were aborted.

Liberals tend to be antiwar and against violence in general. Yet abortion is a type of warfare—one that does not even pretend to abide by just-war standards. It kills civilians only—and the most innocent of all. People who support peace should be in the front ranks of the pro-life movement. Some are there already, but far more are needed. A key question to ask them is this: “Wouldn’t you prefer a nonviolent solution, if one can be found?” Then we can describe pregnancy care centers, the Nurturing Network, Feminists for Life’s campus program and the Live Campus program. Most important, we can invite them to “join us in this life-saving work!”

3 Alan F. Guttmacher Papers, Countway Library of Medicine, Boston,Mass.; and Planned Parenthood Federation of America Records, SophiaSmith Collection, Smith College, Northampton, Mass. Guttmacher waslisted as vice president of the American Eugenics Society in the Society’sjournal, Eugenics Quarterly, from 1956 to 1963, and as a member of theSociety’s board of directors from 1964 to 1966.

9 As reported by Evelyn K. Samras-Judge in a letter to the author onMarch 21, 1986. (See “Life Quotes” at MeehanReports.com.)