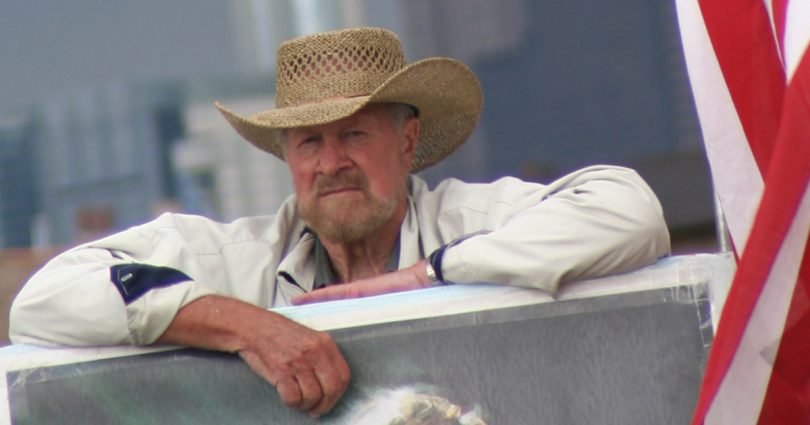 June 1, 2010, marked the 30th anniversary of one of the country’s best-known and most effective pro-life organizations: the Pro-Life Action League, headquartered in Chicago. Since its founding by Joseph M. “Joe” Scheidler, the League’s mission has been saving the lives of preborn children through nonviolent direct action. Through its programs, the League has closed eight abortion mills in Chicago alone and almost 100 nationwide. Dubbed the Green Beret of the pro-life movement by political commentator Patrick Buchanan, Joe, now 82, is the League’s national director. And both he and the League are still going strong.”

Joe was born and raised in a devout Catholic family with six children in Hartford City, Indiana. He was an altar boy and wanted to be a priest. However, after completing his studies for the priesthood and even spending four years as a Benedictine monk, Joe did not get ordained. He discerned that God had other plans—a heartwrenching decision for him.

Joe and his wife, Ann, married in 1965. They have seven children and, so far, 20 grandchildren. As they were starting their own family, they were distressed to see abortion being decriminalized in some states. The U.S. Supreme Court’s dual rulings on January 22, 1973 (Roe v. Wade and Doe v. Bolton, which together struck down all abortion prohibitions nationwide), shocked Joe so much that he was ill and bedbound for a few days. “I couldn’t believe our country had sunk so low as to legalize abortion,” he recalled.

In the aftermath of Roe and Doe, Joe became very active in the pro-life cause in his spare time, along with Ann. He wrote letters to the editor, placed ads in newspapers, distributed literature in the streets and talked to anyone who would listen. Joe’s boss at a Chicago public relations firm was supportive and encouraged him to become active in the pro-life movement full-time.

Joe became involved in various pro-life groups, but his street activism did not mesh well with their approach. He learned his direct-action techniques from the 1960s civil rights movement, when he marched with Dr. Martin Luther King, Jr. So, with Ann’s help, Joe founded the Pro-lLfe Action League in 1980. He explained the name: “We’re pro-life, we’re active, adn we work in league with pro-life groups across the country.”

Key activities include prayer vigls and sidewalk counseling outside of abortion mills, protests that keep the ugliness of abortion in the public eye, promoting local pro-life activism, confronting abortionists, youth outreach and spreading the pro-life message through the media.

Ann is the League’s vice president. Liek Joe, she frequently gives presentations on pro-life activism and sidewalk counseling as well. Their oldest son, Eric, is the League’s executive director, which gives Joe more time for new projects, an dtraveling to participate in pro-life events and speak about the League’s work.

At one time, Eric proclaimed himself an atheist. During Eric’s 10 years away from the Church, Joe began going to Mass twice on Sundays—the second time for Eric’s conversion. Eric returned to the Church in 1997, and remains committed to its teaching and to the League.

Eric admitted it was tough growing up with a father who is a prominent pro-life activist. “When people asked me what my father did for a living, when I told them, it would lead to an argument,” he told Celebrate Life. “But now that I’m older, I appreciate all that my father has done.”

The book that terrified abortionists

Joe is well-known by both pro-lifers and abortion advocates for writing CLOSED: 99 Ways to Stop Abortion, first published in 1985 and now being updated.

Another chapter is entitled “Adopt an Abortionist.” It begins, “Despite their violation of the ethics of their own profession …, physicians who practice abortion are still open to redemption.” Thus, the League is not shy about confronting abortionists, often picketing at their homes. Its six Meet the Abortion Providers conferences allowed pro-life converts from the abortion industry to tell their stories publicly. Their testimonies are available from the League.

Dr. Bernard Nathanson, cofounder of the National Abortion Rights Action League and probably the most widely known abortionist-turned-pro-lifer, became a guest speaker at League events, and refused to accept stipends or reimbursement for his travel expenses.

“This handbook of pro-life activism has proven so effective that it played a significant role in the NOW v. Scheidler 1998 Federal District Court trial,” according to the League’s web site. “The proabortion movement does not want you to know about the peaceful but effective abortion-fighting techniques in this book.”

Joe was the chief defendant in the landmark NOW v. Scheidler lawsuit, filed in 1986 by the National Organization for Women and two abortion mills, which accused him of racketeering under the Racketeer Influenced and Corrupt Organizations Act. Three times the suit went to the U.S. Supreme Court; in the last two rulings (2003 and 2006), the justices decided 8-0 in his favor, respectively. In the League’s fall 2006 Action News, Joe reported, “The real purpose behind the … case was to disrupt our effective pro-life efforts. … Newspapers across the country applauded the Supreme Court’s decision [in Joe’s favor] as a victory for the right to protest.”

In May of this year, a circuit court denied a motion to dismiss the League’s 2008 suit alleging Planned Parenthood and the City of Aurora violated zoning laws, and the case awaits trial. Meanwhile, the League is committed to continuing its regular peaceful prayer vigils and sidewalk counseling until the mill closes.

“We’re different from [many] other pro-life organizations in that we encourage on the street activism,” Eric commented. “And not only are we on the street fighting abortion, we recruit and train others to do what we do.”  For example, the League’s Face the Truth campaign, now implemented by pro-lifers nationwide and year-round, features volunteers at busy intersections displaying images of both healthy and aborted preborn babies. They shock many passersby, but he explained, “We want people to understand that there’s a holocaust going on, an invisible destruction of human life.”

In the 30 years since the League’s founding, Joe has spoken in 48 states and has been consistent in his message: “I say abortion is murder, the abortionist is violating his Hippocratic oath and we need to work hard to stop abortion.” He’s not shy about publicly condemning contraception either. And in 2006, the League gathered experts from several fields to speak at its Contraception Is Not the Answer conference.

“The abortionists and radical feminists hate us because we’ve been so successful in fighting abortion,” Eric observed. But this only motivates the Scheidlers and the rest of the League to work even harder. The Scheidlers’ committed Catholic faith has been central to their continued pro-life activism. Joe reflected, “I couldn’t go on without it. We see ourselves as fighting for God.”