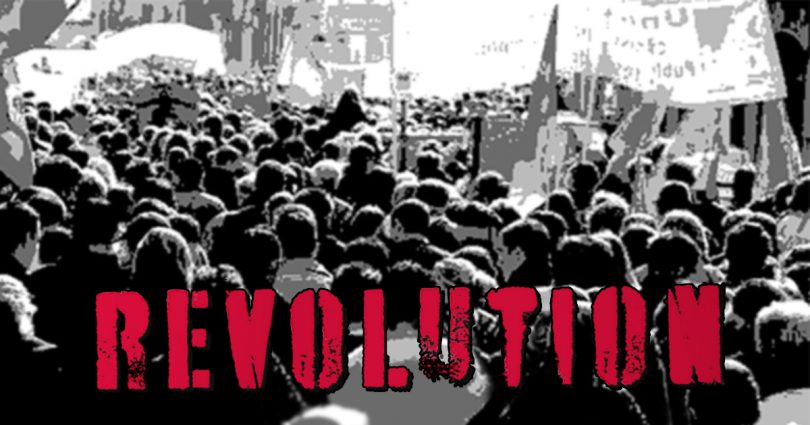 College campuses are great places to start a revolution. Lenin and Hitler knew it. The counter cultural revolutionaries of the 1960s knew it. And pro-life college students know it too: The campus-led pro-life revolution is in full swing. This one is countering the culture of death, ushered in by the counter culturalists of the 1960s. It is impassioned and ready to fire up fellow students to stand up for the most abandoned, and to be courageous and uncompromising pro-life leaders.

Indeed, according to Matt Foushee, founding president of Students for Life of Kentucky, pro-life college students are the pro-life movement. Colleges are also the traditional incubators for new ideas and enlightened thinking, and in an age in which most campuses are dominated by pro-abortion elites, “Pro-life thinking is a new idea,” Foushee emphasized.

The campus pro-life movement has slowly but surely gained momentum in the last 10 years. Students for Life of America currently serves 443 student pro-life groups across the country, but with over 4,000 colleges and universities in the United States, there is still a long way to go. Since 50 percent of abortions in the U.S. are committed on women under 25,1 campuses are the ideal place to reach out to mothers and preborn babies at risk.

“Young people see the evil results of abortion,” said Jesse Kenney, president of Louisville Cardinals for Life at the University of Louisville, Kentucky. “They see the moral problems facing America, and they want something better.” The pro-choice left is now staring down an unexpected phenomenon: They’re losing their hold on youth. Today’s college students and young people are overwhelmingly more pro-life than their parents’ generation.

According to a 2003 Gallup poll, “More than 7 in 10 teenagers (72 percent) said that abortion is morally wrong.”2 A 2005 CBS/New York Times poll reported that the number of women aged 18–29 who wanted abortion available without restriction had shrunk to 28 percent, down from 49 percent in 1993.3

That makes perfect sense, according to Kristan Hawkins, executive director of Students for Life of America: “We’ve seen the effects of abortion firsthand. We know friends who had abortions and are now suffering. We know we are survivors of abortion, and our mothers could have easily aborted us without a thought. We know our generation is uniquely positioned to stop this murder.” But despite all of this growing momentum in the pro-life youth movement, the killing continues. College-age women are still the demographic most vulnerable for abortions: Thirty-three percent of all abortions are committed on women aged 20–24, while teenagers account for 17 percent.4

This is even more reason why peer-to-peer counseling and activism are so important at the college level, according to Fletcher Armstrong, director for the Center for Bioethical Reform Southeast. “College is the best time to convince someone abortion is wrong,” Armstrong said, “before they have one. It’s a time of life when people are still open-minded about issues in general, and they’re looking for answers. They are willing to make sacrifices for the things they believe in.”

A generation ago, battling the establishment meant breaking away from the traditional family, extreme individualism, nihilistic counter culturalism and moral relativism.

Today, that’s so passé. Now, battling the establishment means having the courage to speak up in a class taught by a pro-abortion professor who just can’t get over her 1960s-era radical feminist training.

Battling the establishment means questioning the militantly pro-abortion campus power structures that repeatedly try to limit pro-life students’ free speech, such as a faculty group, a women’s studies department or the administration itself.

Battling the establishment means ripping the veil off of the unspeakable evil of abortion and introducing it to people who don’t want to see, don’t want to know. Diane Phelps, vice president of Auburn University Students for Life in Auburn, Alabama, said, “Apathy is the biggest obstacle we face—people don’t think it’s real, that it doesn’t happen.” She emphasized, “This isn’t a game; it’s not some political war. This is real and people get hurt. And that empowered me to fight for those people who may not know the consequences of their actions.”

Pro-life college students are battling the establishment every day, and pro-life organizations are starting to notice.

Foushee commented, “Joy and love of life is attractive; love of death and selfishness is unattractive.” There are countless ways that pro-life campus groups convey the beauty of the pro-life message and win converts for life. There are also several national groups dedicated almost solely to helping campus pro-life activism to grow.

Despite the importance of pro-life campus activities, however, “Education is the key,” Foushee said. “The daily one-on-one conversation that pro-lifers have with pro-choicers or fence-sitters can be the most effective tool pro-life groups have. Students who are well equipped with the ins and outs of the pro-life arguments are often most effective at making the concepts come alive and ring true.”

The campus pro-life movement has the potential, the energy and the passion to impact every college student. But in order to make every campus culture a culture of life, pro-life students need the guidance, wisdom and “elbow grease” of the older generation of pro-lifers who have fought this battle for over 30 years. “Campuses are the funnel through which the future leadership will pass,” Fletcher Armstrong wisely observed.

So your undergrad days are over, but you still want to help grow the campus pro-life movement? Call the student life office of your nearest university and get the contact information for their prolife club. Tell the pro-life students about pro-life activism opportunities; pray for them; go to their events. Keep in mind that most pro-life campus groups are operating on almost no money, so every dollar you donate will be put to extremely good use to educate thousands of students.

You’ll be amazed at the fire and determination waiting to be unleashed to end abortion. “Every time a new person found passion in the pro-life movement, every time I saw them pick up the banner, it was a unique experience,” Foushee said. “Whereas before, they were living their lives apathetically and looking for direction—now they’ve got a fire in their belly.”

Where to get help

American Life League’s own Rock for Life project reaches high school and college students with the truth about abortion, infanticide and euthanasia, to counteract the abortion propaganda coming from much of the popular music industry.

RFL’s activities have included maintaining chapters around the country, hosting and speaking at concerts and youth rallies, hosting educational booths at concerts and festivals, producing pro-life music CDs, aiding over 100 Christian and secular bands in presenting the pro-life message, providing literature to students and youth groups, and encouraging and participating in peaceful, legal street activism at abortion businesses and elsewhere.

Each January, RFL sponsors a Training and Activism event in Washington, D.C. for high school- and college-aged youth, during the annual March for Life there. Participants attend workshops, engage in peaceful, legal street activism (including the March for Life), and enjoy music and fellowship. (See the ad in this issue for more information.)

These and dozens of other activities—from staffing crisis pregnancy centers, building a “cemetery of the innocents,” chalking baby facts on walkways and sidewalk counseling—are motivating and empowering students to end abortion among their peers.

Students for Life of America identifies and trains pro-life leaders on campus. It provides the resources, knowledge and tools students need to grow their groups, impassion fellow activists and transform their campus culture.

The Center for Bioethical Reform and Justice for All both use large-scalegraphic images of abortion to educate college students on the brutal reality of “choice.” Educational displays on fetal development are placed alongside images of the Holocaust and racial genocide—to illustrate the inherent link between genocides of the past and the abortion genocide today.

The Silent No More Awareness Campaign brings women touched by abortion to campus. They share their stories—from the trauma and pain of their choices, to finding peace, forgiveness and new life.

Feminists for Life is revolutionizing the way students see the pro-life movement by focusing on woman-centered solutions to abortion. They believe, like Susan B. Anthony, Elizabeth Cady Stanton and other early feminists, that “women deserve better than abortion.” FFL has an extensive College Outreach Program, which offers Pregnancy Resource Forums to help universities become family-friendly places open to life and mothers, in addition to lectures and workshops, posters and ads, and internships at its national office in Alexandria, Virginia.