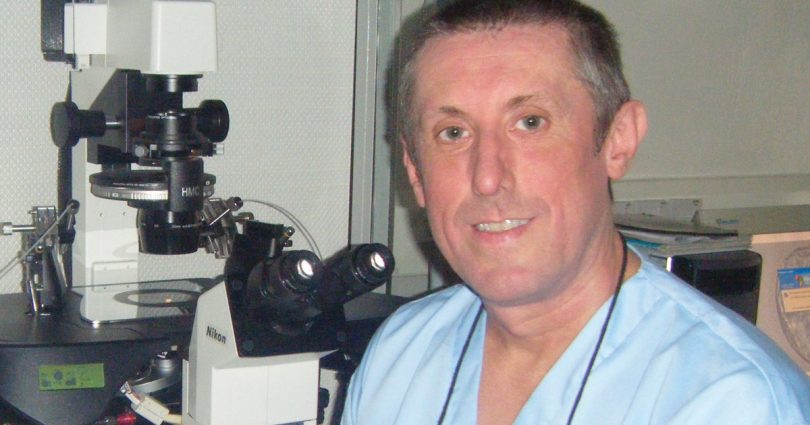 Stem cells appear in the news on a regular basis, but the debate seems to be continually fogged by a general lack of understanding about the technology under discussion. In October 2007, even the Vatican issued a statement which seemed to support “cybrid” technology or therapeutic cloning. However, the Vatican rapidly issued a correction to the media. If the Vatican can become confused with their resources and experts, what hope is there for us mere mortals?

Hence, I will try to state the stem cell facts in a clear, cohesive way so that we can continue with clarity on the issues at hand.

In this issue of Celebrate Life, I will explain embryonic stem cell technology, where the stem cells are derived, in a variation of ways, from the developing human embryo.

In the next issue, I will resume with adult stem cells, which are taken either from adult donors or from the patient himself. These are sometimes called “somatic” cells, just to add to the confusion. I also want to place umbilical cord blood stem cells in this category for convenience and clarity.

There are minor sources of stem cells such as the developing fetus, baby teeth, the umbilical cord tissue itself, placenta and even the fat drawn off during liposuction. None of these stem cells currently have immediate clinical applications, so I intend to leave them out of the discussion for now. Moreover, fetal stem cells have very limited clinical use and are associated with abortion.

This process clearly requires the creation and destruction of a human embryo, so all of the associated moral, ethical, legal and religious objections apply. In the early days, it was claimed that “spare” embryos frozen in IVF clinics around the world would provide enough embryos for this technology. It rapidly became clear that this was not the case and alternative technologies began to develop in attempts to minimize objections and create more embryonic stem cells. These variations include:

and the nucleus removed. An adult cell from the patient is then introduced into the egg and it is artificially stimulated to divide, resulting in a growing embryo which is a clone of the patient. The embryonic stem cells are then extracted from this embryo as above. The first stumbling block in this technology is obtaining human eggs and that has proved far more difficult than first imagined. Even if access to human eggs can be obtained, all of the objections to embryonic stem cells would still apply.

Cybrid technology. In an attempt to solve the problem of obtaining human eggs for therapeutic cloning, it has been suggested to use animal eggs instead. Here the animal egg’s nucleus is removed and, once again, an adult human cell from the patient is introduced into the animal egg and development is stimulated. The problem with this method is that even after removal of the animal nucleus, there still remains animal DNA within the animal egg, inside tiny energy-making components called mitochondria. This means that a therapeutic clone produced in this way would be 99.9 percent human or perhaps more significantly 0.1 percent animal. The implications of this are far beyond the scope of this article, but suffice to say that this technology has raised many questions, including the introduction of animal DNA into the human genome.

Parthenogenesis. This is the artificial activation of an egg to begin developing as an embryo without any fertilization or the introduction of an adult cell. Such embryos can grow to the blastocyst stage and are therefore a potential source of embryonic stem cells. The problems here are again the availability of eggs for such a procedure, but, more importantly, scientists worry about the safety and stability of cells created in such a way.

Embryonic stem cells are therefore derived from the developing embryo and, in their creation, the embryonic human is destroyed. Embryonic stem cells are currently being created, frozen and banked at various centers around the world. There are no clinical trials even in the planning stage and, not surprisingly, no one seems willing to start or even plan such trials. There are other scientific and medical objections to the use of embryonic stem cells; most importantly, the concern that embryonic stem cells will be prone to tumor formation if transplanted into a recipient patient. In the March-April 2008 issue of Celebrate Life, I will review adult stem cell technology.

Last November, there was widespread elation among pro-lifers when two stem cell researchers released papers on how they can reprogram adult skin cells into embryo-like, meaning “pluripotent” or “versatile,” stem cells. The hope is that these cells could be transformed into whatever cells doctors need to treat human afflictions. Even “pro-choice” columnist Charles Krauthammer, who is a medical doctor, wrote in the Washington Post, “The embryonic stem cell debate is over.”

The scientists leading this research are Shinya Yamanaka of Kyoto University in Japan and James Thomson of the University of Wisconsin at Madison, who is an embryonic stem cell researcher. In brief, the initial trials show promise, but the reprogramming methods could cause the cells to mutate into tumors and/or cause cancer, as embryonic stem cell experiments often do.

Furthermore, while James Thomson has admitted moral unease with human embryonic stem cell research, he persists anyway. On December 3, 2007, he wrote a Washington Post op-ed with Alan Leshner, chief executive of the American Association for the Advancement of Science and executive publisher of the journal Science, rebutting Krauthammer and pushing for Congress to use our tax dollars to fund human embryonic stem cell research. —Anita Crane

Dr. Peter Hollands is a senior lecturer in biomedical science at the University of Westminster in London. He has worked in stem cell technology since the 1980s.